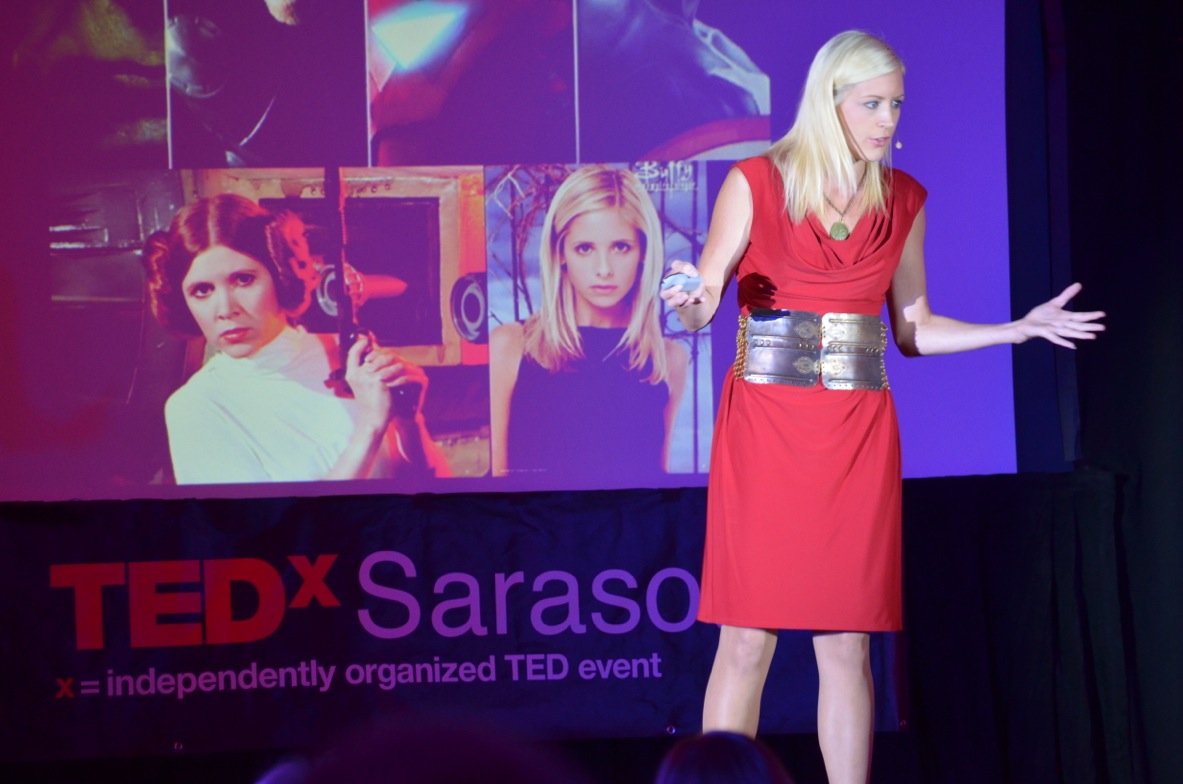 Earlier this year I was invited to apply to be a speaker at TedX Sarasota, and imagine my excitement when I was actually accepted! Originally the subject of my talk was pretty general – “Women’s Roles/Voices in Geek Culture” –  but as time went on it evolved into something so much bigger, thanks to the input of my fellow speakers and the guidance of my coach, James Ranson of “Held for Ranson“.

As we got closer to the event, there were some concerns that the subject I’d originally proposed was a bit too “niche”, perhaps not relatable enough. But in the end I was able to combine my ideas and background with a theme that was – I believe – universally understandable.

However, the most difficult part of participating in TedX Sarasota popped up the day before the event, when I woke up from a restless sleep, barely able to speak. I carried a fever of 100 degrees or more that day and the next (the day of the event), and when I returned home I was told I had a bad case of bronchitis. But I barely remember the way I felt physically, because it was a day of such positive mental and emotional stimulation that little else stands out in my mind.

Do I wish I’d felt better, and been able to give a more cohesive speech? Absolutely. Yet despite the fact that my talk wasn’t as well-memorized and rehearsed as I would have preferred, it was well-received. I was bolstered by the many amazing audience members who approached me throughout the day, whether it be to talk about the things that they “geeked out” about or to discuss similar interests, such as the Timothy Zahn Star Wars Extended Universe novels, or Game of Thrones. 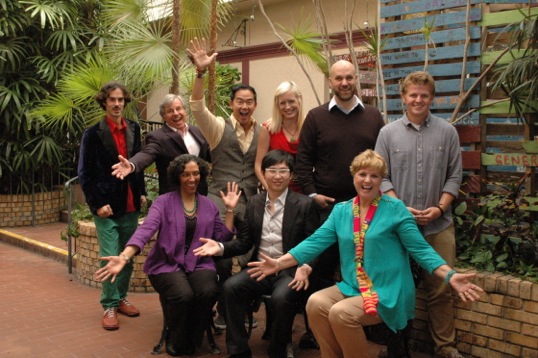 Additionally, I was part of an amazing team of speakers, all of whom were friendly, approachable, and had some great things to say. From asking what it will take to end racism, to talking about the importance of understanding [physical, mental, and emotional] load, to discussing the importance of discoveries like graphene and the idea that books don’t create movements…movements create books, it was clear that above all the day was about all of us “geeking out” over our passions. Perhaps some talks had more of a profound subject than others, but in the end, I can’t express how lucky I felt to be included in such a wonderful group of movers and thinkers.

The official video of my talk, “Self-Defined: Geeky and Proud“, can be viewed below. I’ve also posted the full, original transcript of my speech on my blog. I may have been practically dead on my feet the day of TedX Sarasota, but I did my best to spread the idea of modern geek culture and how important it is to embrace the things that you ‘geek out’ about!