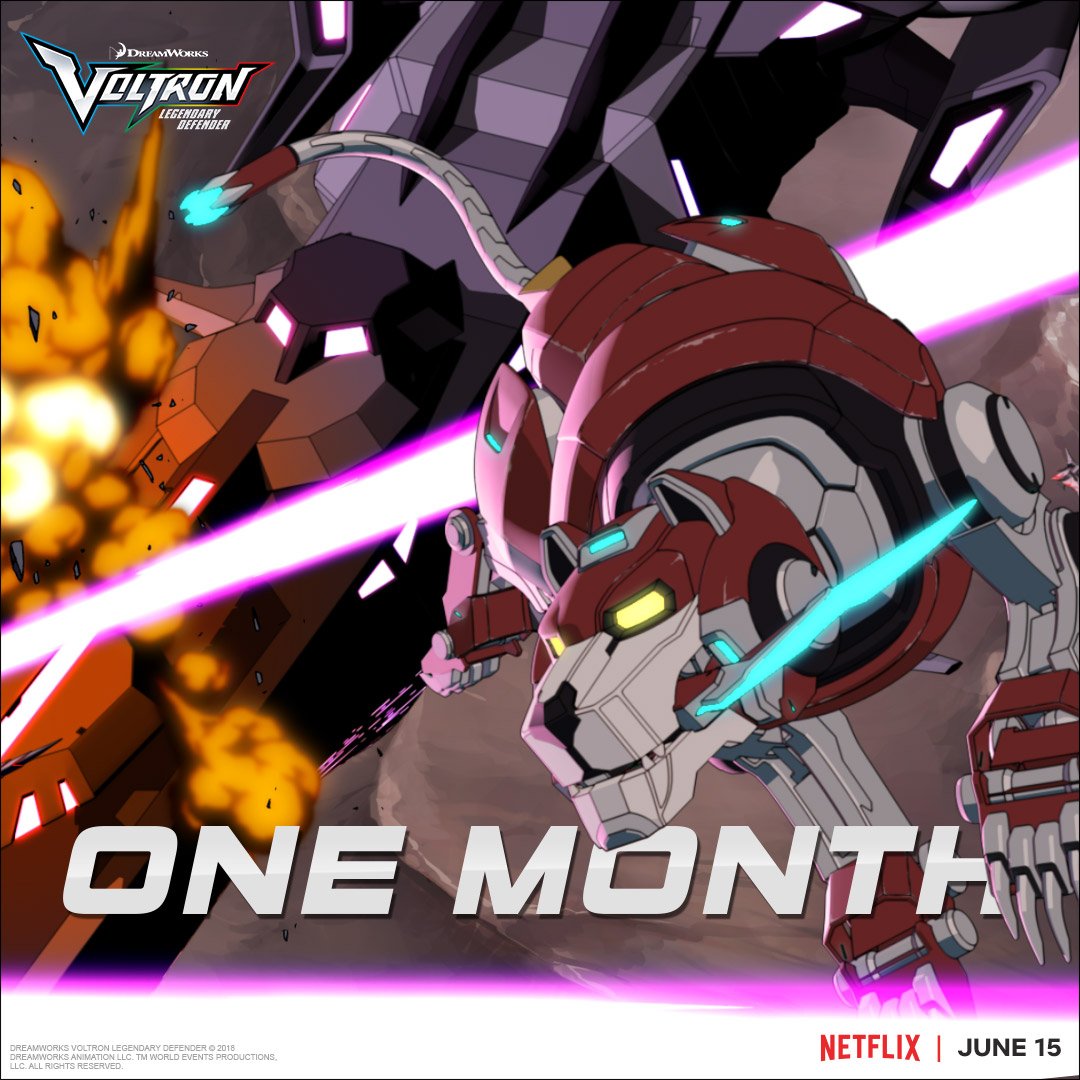 I somehow missed this yesterday and I’m kind of upset at myself for it, but we finally have a premiere date for Voltron season 6! Mark your calendars for June 15!

The official Twitter announced yesterday that Voltron season 6 will premiere on Netflix on June 15. That’s only a month away!

Season 6 is on its way! #Voltron pic.twitter.com/sbzsysq7KA

There are a lot of questions raised by previous seasons that I’m hoping we finally get answers for in Voltron season 6. The most important one is, will we learn what’s going on with Shiro? He’s been acting strangely since the team got him back near the end of season 3, and he finally admitted to Lance that he was getting headaches. When the team was all in the astral plane, Shiro was the only one whose face wasn’t visible, and he seemingly has no memory of being there at all. Not to mention, during last season, we discovered that Haggar is able to see through Shiro’s eyes. This leads back to one of the questions a lot of people had after season 3: is this even the real Shiro?

There are a lot of theories about what is going on with Shiro, but the most popular one is that this Shiro is a clone. Project Kuron was something important, and this might be it. But if this Shiro is a clone, then what happened to the real Shiro? It’s doubtful that the Galra have him – I think we would have gotten some indication of that, especially with Haggar using the alleged clone to spy on Voltron. Is he stuck in the astral plane?

That’s not the only question I hope we get answers to in Voltron season 6. I’d like to know what Lotor’s true intentions are. I don’t believe for a second that he can be trusted, and his behavior on Oriande gave me the heebie-jeebies. What is his ultimate goal? Does he intend to follow Zarkon’s plan at total universal domination?

I’d also love it if we get back to Earth during season 6. What has been going on since we last saw Earth all the way back in season 1? On a semi-related note, what’s going on with the coalition?

And one of the biggest mysteries was revealed in season 5 – the identity of Keith’s mother – but that just raises a whole bunch of new questions! How did she meet his dad? What was she doing on Earth? Was she even on Earth? I feel like she must have been, but who knows?

What are your theories for what will happen in season 6?