Welcome to the Ballroom 1×12 Review: Encounters 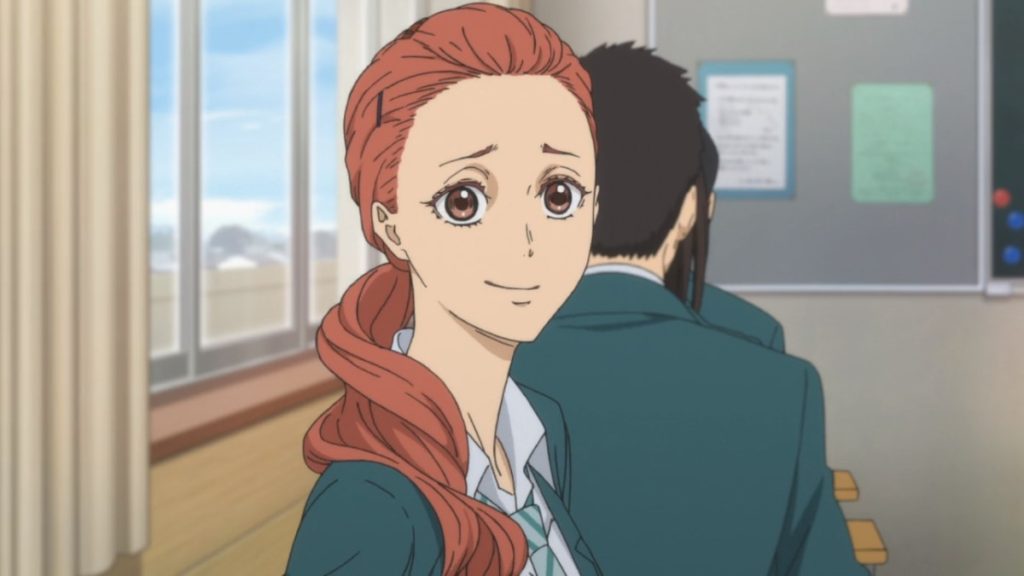 “Encounters” features a couple of introductions – namely two new female characters who will be important going forward. Welcome to the Ballroom has been pretty equal in terms of male/female representation, but most of the prominent characters have been men, so it’s nice to see a shift in that.

Unfortunately, the new opening and ending credit sequences that debuted on “Encounters” completely spoil the revelation that Chinatsu will be Tatara’s new partner. The manga was able to keep this somewhat of a mystery, as it doesn’t happen right away. Still, Chinatsu’s introduction goes a long way in improving the treatment of female characters on this show. Her personality is so strong that she would never let anyone treat her like an object. She’s fast becoming one of my favorite characters in the manga, so I’m really excited that she’s finally arrived in the anime.

The other new introduction is Sengoku’s partner, Chizuru, who is just a delight. I loved the scene with the two of them beating each other up after the tango; it’s such a nice contrast to the demure, at times meek, way that Shizuku and Mako act with their partners. Chizuru and Chinatsu are a breath of fresh air in a show that has occasionally been quite sexist in its portrayal of women.

Tatara’s declaration that he would make five friends was adorable, and his first friend at school is – surprisingly – Gaju, who moved to Tokyo to be closer to his studio. The anime cuts a bit from the manga that fleshes out Gaju’s character; he is on the public morals committee, he’s strict about uniform violations, he helps out with multiple sports clubs, and he goes out of his way to have lunch with Tatara, even though they are in different years. Those panels in the manga went a long way towards making me like Gaju, and making up for his behavior earlier (creepy comments about his sister’s boobs notwithstanding). They also removed the part where Tatara dodges the first attack from the bullies, which is meant to highlight how much more athletic he’s become since the beginning. The anime does this much more than I’d like. I know the focus of the show is on the dancing, but by not putting in these little tidbits, they are robbing the characters of some really great development.

On the plus side, “Encounters” featured some great dance sequences as we finally got to watch Sengoku dance. The past couple of episodes have been really well animated and nicely balancing the still frames with actual animation. I was able to get a much better feel for the movement of the dance in this episode, which I think was important, as it emphasized how different Sengoku’s technique is from everyone else.

Are you guys watching Welcome to the Ballroom? What did you think of “Encounters”?