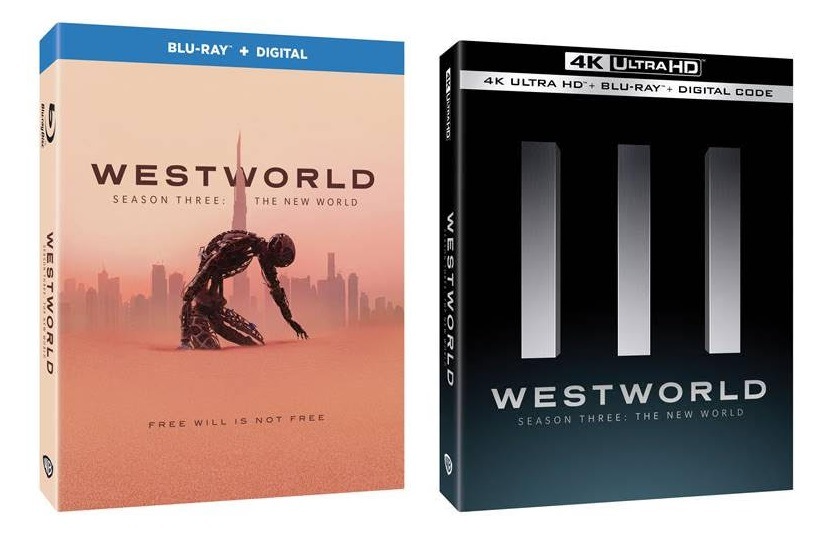 According to the press release, the 4K Ultra HD Combo Pack includes 2 Ultra HD Blu-ray discs in 4K with HDR, 2 Blu-ray discs, and Digital Copy. The Blu-ray also includes Digital Copy (Digital Copy US only). The entire third season is currently available on Digital via purchase from digital retailers.

Following the aftermath of last season’s Westworld massacre, “hosts” Dolores, Maeve, Bernard and Charlotte Hale begin a new chapter – outside of the park – exploring the “real world” and who they will become in the wake of their liberation. Over the course of eight hour-long episodes, Season Three finds Dolores prepared to wage war on humanity and Bernard trying desperately to stop her, while Maeve reunites with familiar faces in a new realm – and all discover that the world outside is as full of deception and predetermination as the one they’ve always known.

The 8 One-Hour Episodes are:

The series has been renewed for a fourth season by HBO.

You can read our Westworld reviews here. As of now, it has aired 28 episodes.