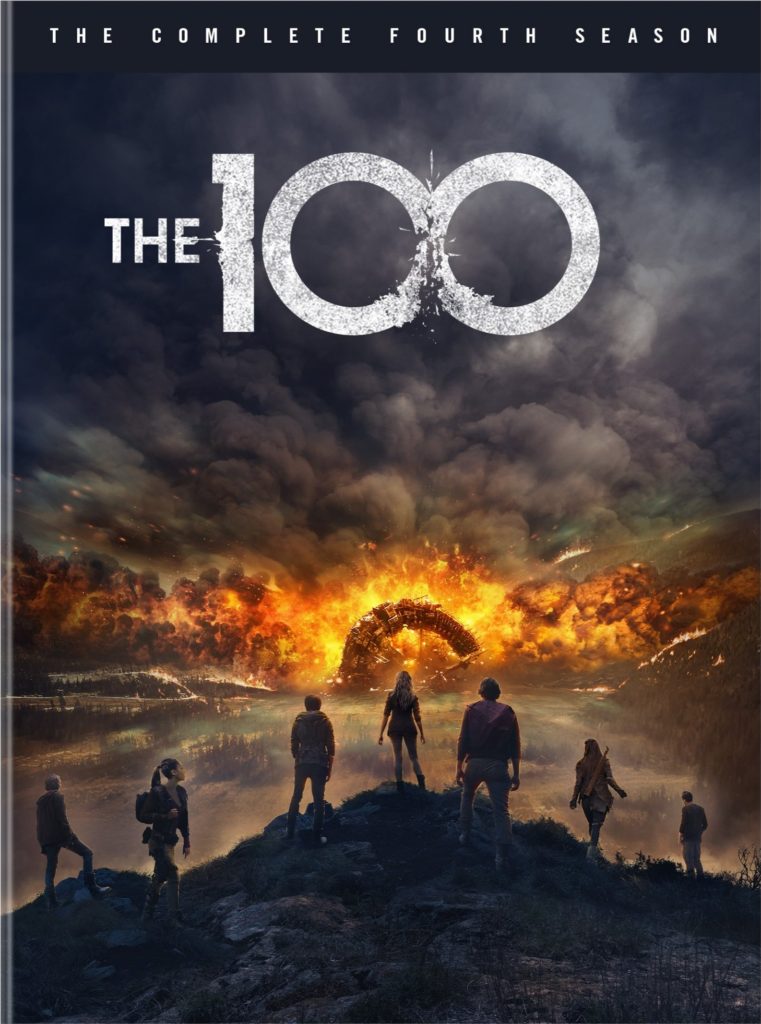 Warner Bros. Home Entertainment will be releasing The 100 Season Four on July 18, 2017. The upcoming The 100: The Complete Fourth Season release features all 13 episodes and tons of extra content.

The home release of The CW’s hit show is sure to make fans excited. You can own The 100 Season Four on DVD for $24.98 SRP. The complete Season Four comes out on Blu-ray on July 18, 2017, due to “overwhelming fan demand.” Courtesy of Warner Archive, the Blu-ray will be available from Amazon and other online retailers.

In the midst of death and destruction, relationships are put to the test as the 100 fight for their very existence. These heroes enter the fourth season at the epicenter of both the Grounder world and their newly founded homebase of Arkadia. After season three’s all-out war, a far more lethal threat has risen to the surface: Clarke has learned that Earth’s remaining nuclear reactors are melting and will soon set the atmosphere on fire. ALIE, the A.I. who launched the world’s nuclear missiles causing the apocalypse, was telling the truth. With the human race doomed to face an unbeatable enemy, Clarke and her allies amongst Arkadia and the Grounders must fight for humankind and all life itself. But with hope fleeting and the end inevitable, will our heroes spend their remaining days trying to survive… or finally trying to live? The stakes have never been higher, alliances are breaking, and the world is about to collapse. Civility has no place at the end of the world, and there’s no telling what lengths the 100 will go to in order to survive.

“Warner Bros. Home Entertainment is thrilled to release the much anticipated fourth season of the sci-fi hit The 100 on DVD with all new bonus content,” said Rosemary Markson, WBHE Senior Vice President, Television Marketing. “We left our heroes at a crossroads in Season Three and this next installment truly tests the limits and minds of the last remaining hope for humanity itself.”

You can also go ahead and own the complete The 100 season four on Digital HD right now. It is available from various digital retailers including Amazon Video, CinemaNow, iTunes, PlayStation, Vudu, Xbox, and others.

The Special Features of the DVD and Blu-ray release include:

The 13 one-hour episodes are:

Make sure to check out our The 100 reviews! The show has been renewed for a fifth season.

Are you excited about The 100: Complete Fourth Season release? Let us know.

TOPICS the 100the 100 season 4The CWwarner bros home entertainment