7 Cosplay Twitter Accounts to Distract From Our Current Hellscape 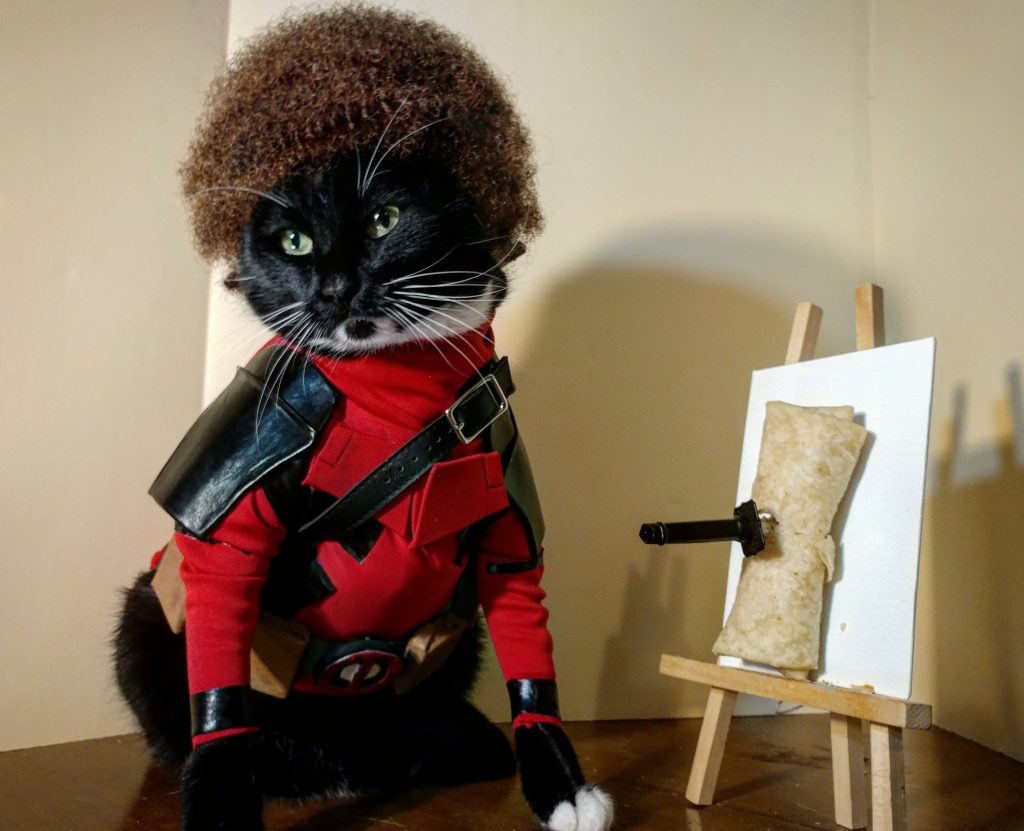 The world is… a mess.  Every time I open Twitter, it’s a coin toss between horrible disaster or the absolutely absurd.  But these seven cosplay Twitter accounts have proven to be a positive distraction from the mess.

It’s good to remain informed, of course.  The state of the world is something everyone should pay attention to and, when possible, put some serious effort into improving.  But let’s be real here.  None of us are any good if we get burned out on the news and turn into a nihilistic mess.  And that’s where these cosplay Twitter accounts come into play.  Sometimes you just need a break.  So mute the politics for few hours hours, open up these Twitter accounts, and take a much needed breath of fresh air.

Like cats? Like cosplay? Then check out the Cat Cosplay Twitter account! It is seriously the best distraction.  The owner of the cosplay cats have also started posting behind the scene videos of their cosplay adventures, which just makes the whole thing even more adorable.  You could spend hours scrolling through their timeline alone.

Hi, we’re Cat Cosplay! We’ve been doing cat costumes for 4 years now (below is just a sample). Our cats Fawkes (Tuxedo) and Pike (Tabico) are carrying on the tradition from our performer cat Nak (Calico).

We’re just here to brighten some days! So pay those smiles forward!
🐾💕 pic.twitter.com/yLZZ7SfTxE

If we could turn back time and experience #InternationalCatDay all over again… we wouldn’t change a thing. 💕🐾#DoctorStrange pic.twitter.com/y1deyOROMJ

Steven and Millie Tani are a retired couple who got into cosplay through their daughter.  Since they started cosplaying themselves, they’ve become mini celebrities.  They are a delightful reminder that cosplay is for everyone, and they’re witty as heck, too!  They always seem super happy to interact with their fans on Twitter, so drop them a line if you enjoy their work!

Timey Wimey Jedi came my direction through our first entry, Cat Cosplay.  Though they don’t have many followers on Twitter, they have years worth of kitty cosplay photos to browse.  Their cosplay is absolutely enjoyable and exactly what the world needs right now.

“True, our people live, but our culture is dying. We are like a stone the ocean beats against. With each year a little more of us is worn away.” #Atlantis #Disney #cosplay #catcosplay pic.twitter.com/UKvoF89Vwh

I went about fifteen years between cosplay because I didn’t feel comfortable enough to do it anymore.  But Body Positive Cosplayers gives us the boost we need to get back into the hobby.  It’s good to see people like me enjoying a hobby that I felt gatekept from for so very long.  Just like the Cosplay Parents, this account proves yet again that cosplay is for everyone.

Cats aren’t the only animals that can cosplay!  Vox the dog is a popular cosplay Twitter account that serves up adorable doggo cosplay on the regular.  You can’t NOT smile when looking at these pics.  We seriously need a pet cosplay meet up at some point because these are some talented animals.

All must serve the one… true… King… #WorldOfWarcraft #HotS pic.twitter.com/TIUUI7KEPg

We Are Black Cosplay is another account like Cosplay Parents and Body Positive Cosplay that proves that cosplay is for everyone.  They highlight tons of wonderful black cosplayers in a wide variety of costumes across many many fandoms. The best part is that they link to the cosplayers they feature, which means you can find even more fabulous cosplayers to follow and enjoy!

Another pet cosplayer!  Merly has made the rounds at conventions and their photo ops are delightful.

Thank you @Renner4Real for being the most classy and suave celebrity we’ve ever met. It was an honor having you shake my paw! 💞💞 pic.twitter.com/oxEKcV7EDc

Yep, the world is a really tough right now.  But cosplay is fun.  And these particular set of cosplayers and cosplay aggregation accounts are particularly delightful.  So take a break and enjoy!