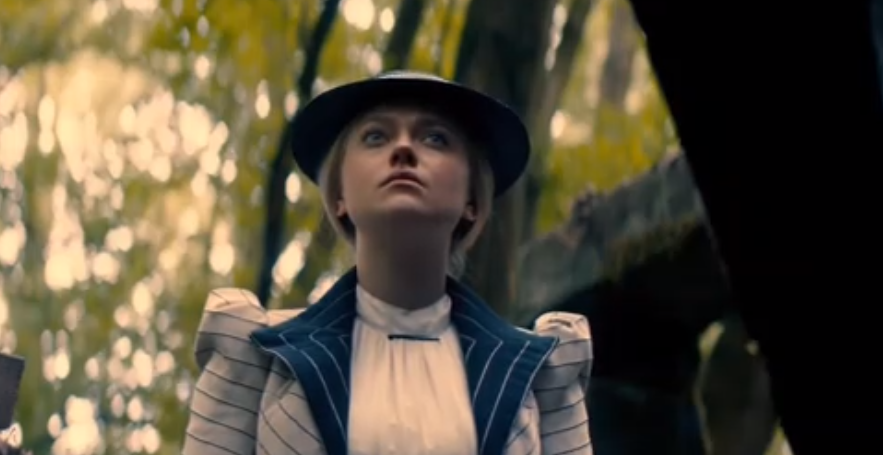 With only two episodes left, The Alienist decided to hit the main characters hard in ‘Psychopathia Sexualis.’ I just hope Team Alienist is able to solve the mystery soon, because time is running out for them.

I was provided a screener of Psychopathia Sexualis for review. The opinions are my own.

I’m so glad I watched the screener days ago and was able to calm down a bit. If I had watched this episode when it aired and then wrote my review, it would’ve just been an angry rant. ‘Psychopathia Sexualis’ offered us a lot of information about the killer while taking away a character who I’m sure elicited an emotional response from the audience. The Alienist isn’t playing around, and I have no idea what’s going to happen in the final two episodes!

I’m disappointed the show decided to kill Mary, especially after an enjoyable previous episode. I wanted this series to explore her relationship with Kriezler. She was also a POC and one of the two female characters on The Alienist. However, I can’t be too mad because I read online that Mary dies in the book, too. It was bound to happen sooner or later. The good news is her death hits Kriezler at a personal level, unlike the rest of the murders. So, kudos to the writing team for making Mary’s death make me feel something even if it was anger.

Poor Dr. Kriezler! ‘Psychopathia Sexualis’ showed him tell John the truth about his feelings for Mary. Laszlo is already a very reserved man. I wonder if Mary’s death will make him retreat further into his shell or lash out. Also, will Connor kill everyone in Kriezler’s house or kidnap them because he doesn’t want any witnesses? We’ll have to wait for the next episode to air.

Coming to the investigative side of things, I don’t know about you all, but it felt like ‘Psychopathia Sexualis’ shared a lot of information. It was kind of tough to understand everything with Team Alienist divided into three groups. So, I’m going to try my best to go over it all.

John and Kriezler went to Washington and found out their suspect Rudolph Bunzl’s been dead a long time. However, they’re able to close in on another suspect, a former soldier named John Beecham who has a distinct facial tick. They also got to know about another murder matching their killer’s M.O. The common detail was revealed to be New Paltz, New York, the site of the murder as well as Beecham’s birthplace. John and Kriezler also interviewed a man, the surviving son of the Dury family that was murdered.

All three investigations painted a clearer picture of what Team Alienist was up against. The new suspect is named Japheth. He was abandoned as a baby and was adopted and raised by a religious father and a cruel mother. He didn’t live a happy life, he liked hurting animals, and his facial tick made things socially worse for him. He also liked climbing mountains with George Beecham, who served as a mentor figure to Japheth. But Japheth was sexually molested by George. Soon George and Japheth’s parents were killed under mysterious circumstances. Japheth also served in the military, under a false identity, enjoying acts of depraved violence which led to him being committed.

I know, that was a lot of information to absorb from a single episode, and I might have missed mentioning certain things. The Alienist should’ve spread the information bomb over two episodes. But then again, maybe the writers decided casual viewers aren’t going to think too much about it, so they got rid of the lengthy backstory to focus on other things with the series nearing the finale.

Did you watch The Alienist this week? What did you think of ‘Psychopathia Sexualis’? Let us know.