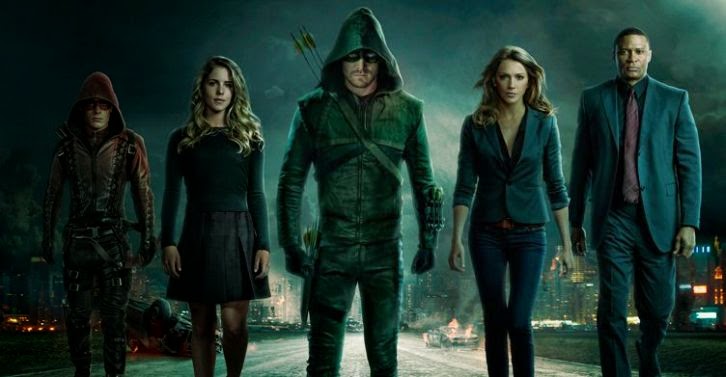 Despite its title, tonight’s season 3 premiere of Arrow was anything but calm. Though Moira Queen’s death toward the end of season 2 was sadly memorable, Slade Wilson was defeated and it seemed like things in Starling City were back to normal (as normal as they could be, anyway…) 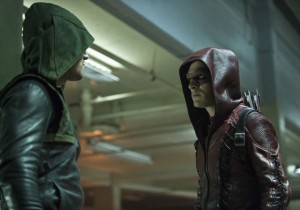 “The Calm” quickly put that assumption to rest. The opening scene was action-packed as Oliver and Roy chased down a truck full of weapons, but it turned out that Diggle’s cheesy comment about how there were only two kinds of criminals in Starling City – the ones they put away, and the ones who were running scared – was made too soon. The new Vertigo quickly stepped in to mess things up, but did the writers allow the Arrow to take care of him too soon? One of the major concerns I’ve heard voiced about season 1 is that it had too many “villains of the week”, and I myself thought the villain storylines were far superior in the second season. Vertigo may have insisted that the drug was always going to be there, that the Arrow would always be fighting the next person to sell it, but I’m wary as to where the writers are going with this.

Of course at this point it’s a good bet that when someone other than a Queen steps in to take over Queen Consolidated, there’s something else behind it… but I was surprised at how easy it was to get sucked in by Brandon Routh as Ray Palmer. I had my doubts about this casting decision, but so far I’m not only really enjoying Routh’s portrayal of the character – I’m also loving his chemistry with Emily Bett Rickards (Felicity Smoak). 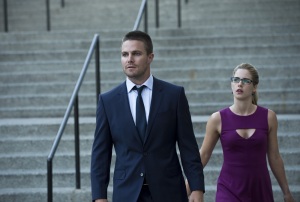 On the other hand, while I also enjoy the chemistry between Felicity and Oliver, for a moment I was worried that the show was rushing that development. Part of what makes it so interesting is, not surprisingly, the tension though it looks like we’ll be seeing plenty more of that, which is fine with me. I especially appreciated the fact that Felicity is refusing to let Oliver play games with her. She’s an amazing character – my personal favorite, in fact – and I hope they continue to portray her as an intelligent and independent woman, regardless of her feelings for Oliver.

All in all, season 3 was off to a good start, and then they threw in one hell of a twist to boot. Sara Lance, a.k.a. Black Canary, showed up to help the Arrow, but the episode closes with her sudden and violent death. I wasn’t expecting to see her again quite so soon, and I’m definitely sad to see her go just as quickly, but they sure as hell caught my attention. 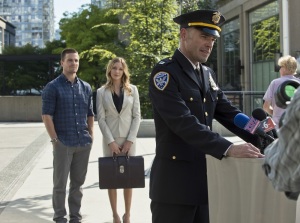 The loss of Sara – especially timed as it was, so close to the birth of Diggle’s child – will certainly have strong implications on the well-oiled machine that the team had become and surely on Laurel and Detective Lance’s involvement with it, as well.

And while we may know that Oliver eventually escapes Hong Kong, the fact that the flashbacks are finally located somewhere other than the island is refreshing. Tonight’s scenes seemed a bit disjointed in their timing and subject matter, but I’m hoping their inclusion will soon feel like a better fit. Based on the majority of the flashbacks from the first two seasons, I think it’s a good bet that they will.