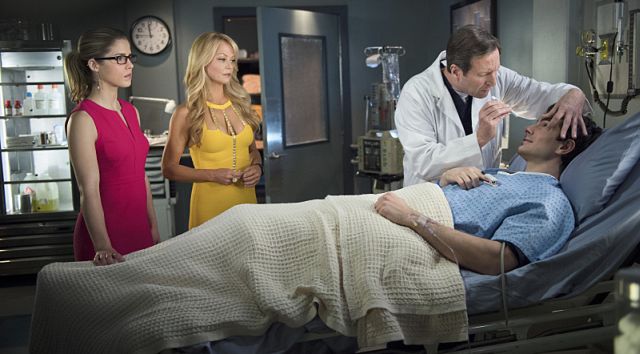 “Public Enemy” focused on two major story lines – Captain Lance naming the Arrow a killer and trying to track him down, and Ray Palmer lying in a hospital bed. (With a few Hong Kong flashbacks thrown in for ‘good’ measure.) In last week’s “Suicidal Tendencies” Maseo – dressed as the Arrow – led an attack on Starling City’s mayor. Ray Palmer was injured during that attack, but the bigger problem with him was a blood clot.

In reality the whole plot with Ray seemed to exist for Felicity’s sake…and to allow for a cameo by her mom. Not that I’m going to argue against that too much, because usually it’s the other way around (a female being used to further a male’s story), but I don’t think they needed something as drawn out as this in order for Felicity to realize that she loves Oliver more than Ray.

As for Hong Kong, this was yet another scenario where Arrow took a long time to tell a pretty simple story. In the end Maseo and Tatsu were reunited with Oliver and their son, but not before the “big reveal” that it wasn’t Shado who Oliver happened upon, but her twin sister Mei. I liked that Oliver brought Mei’s line, “You have no idea how powerful the truth can be”, back around, but other than that I didn’t care for these flashbacks any more than all the previous Hong Kong ones.

Back in present day Starling City, Oliver finally realized that Maseo was involved in the attack on the mayor, and having figured out that Nyssa is in town helping Laurel train as the Black Canary, he enlisted her to help him track Maseo down. I definitely like that we’re seeing more of Nyssa, and I really hope that continues – and as I’ve said before, I also hope to see more development in her relationship with Laurel. 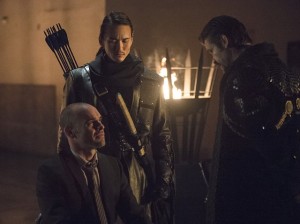 Unfortunately Ra’s *and* the police showed up just as Oliver defeated Maseo, and Team Arrow barely got away. In fact, the fight/chase was basically one long scene between commercial breaks, which was maybe a bit much…but at least Oliver’s escape didn’t lead to the plot stagnating yet again. Instead, Ra’s kidnapped Captain Lance – for the express purpose of revealing to him that Oliver Queen is the Arrow. Of course Papa Lance went right to Laurel, just to make sure that she understood how much of the blame for all the bad things was on her shoulders (quite a bit of it, in fact). Honestly, I get that he’s constantly being deceived and I know that is frustrating, but lately Captain Lance – and his reactions – have been getting on my nerves. 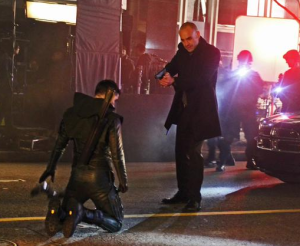 What really surprised me, though, is that he came right out and announced that information to the public! It seemed to me that there was no coming back from that…until at the end of the episode, Roy showed up dressed in the green Arrow suit and claiming to be the real green Arrow. I find it hard to believe that this will foil Ra’s al Ghul’s plans all that much, or make people just “forget” that Lance named Oliver Queen as the Arrow “culprit”…but hey, they’ve got a few more episodes this season in which to drag these things out. 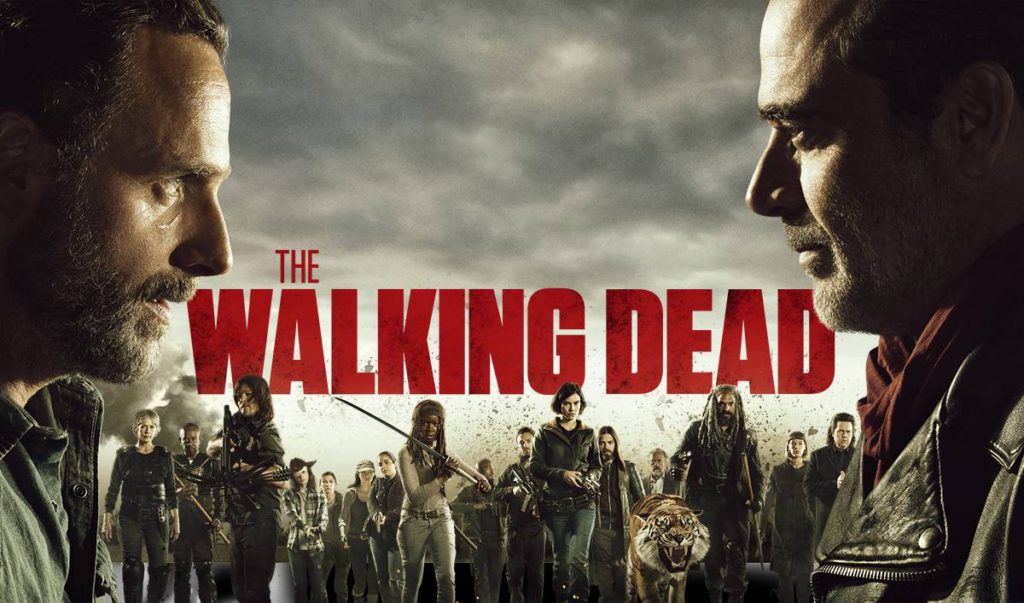 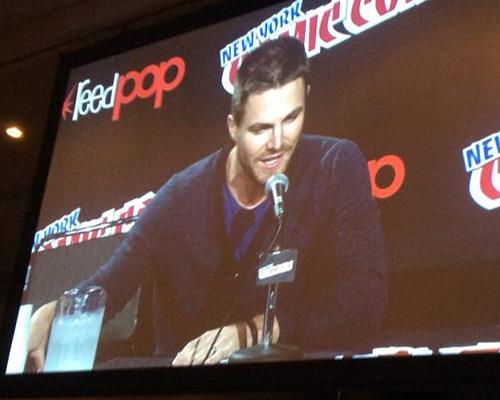 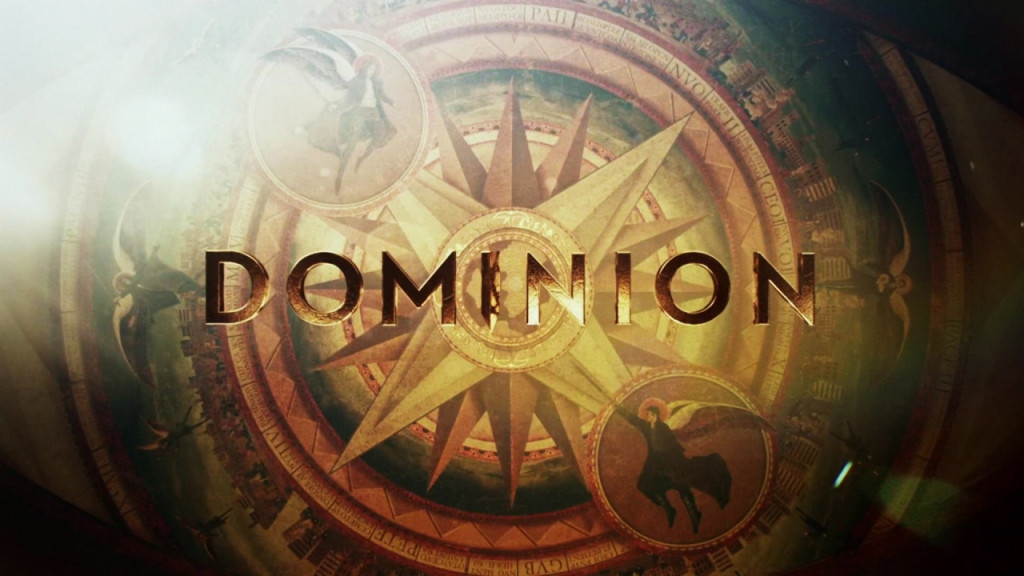