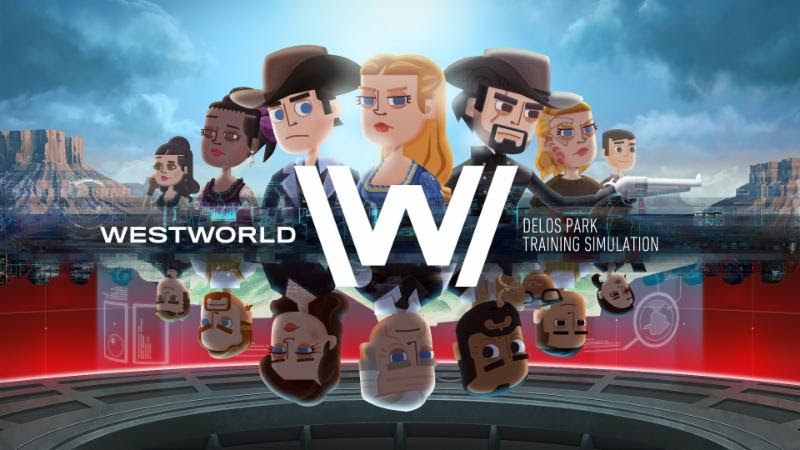 Furthermore, both accused parties are being sued “for their willful and intentional infringement of Bethesda’s copyrights, misappropriation of Bethesda’s trade secrets, and deceptive business practices and unfair competition through their development, marketing, and promotion of the Westworld mobile game.”

Apparently, even though Bethesda hired Behaviour Interactive for development of Fallout Shelter, Warner Bros. went ahead and “engaged and collaborated with Behaviour to develop a mobile app for its own science-fiction property, Westworld” after seeing the success of Fallout Shelter.

Bethesda argues that the two titles offer a “substantially similar gameplay experience,” and that the Westworld mobile game is a “blatant rip-off” of Fallout Shelter because of the similar art style, features, animation, and game design. Even bugs which showed up during the early development of Fallout Shelter appear in Westworld. Image comparisons and reports from journalists talking about the similarities have been noted as evidence.

Bethesda wants the Westworld mobile game to be scrapped with all existing versions pulled from distribution. Compensation for actual and punitive damages are also being sought.

Though I haven’t played Fallout Shelter I did play Westworld for a bit.

The lawsuit has taken Warner Bros. by surprise. According to Warner Bros., while there are similarities between the two games, no code from Behaviour Interactive’s time working on Fallout Shelter has been used.

“As one of the world’s leading creators of intellectual property, including the ground-breaking television series Westworld, Warner Bros. has a deep respect for intellectual property rights. As such, the assertions by Bethesda Softworks that Warner’s Westworld mobile game improperly used source code from Bethesda’s Fallout Shelter are as surprising as they are unsubstantiated,” the publisher said in a statement. “Warner Bros. has been assured by the game developer, Behaviour Interactive, that Bethesda’s allegations are untrue and that none of Bethesda’s code was used in the Westworld game. Moreover, contrary to Bethesda’s baseless accusation, Warner Bros. at no time ‘induced’ Behaviour to use the Fallout Shelter code in Westworld.”

Have you played the Westworld mobile game yet? What do you think of the current lawsuit? Let us know.