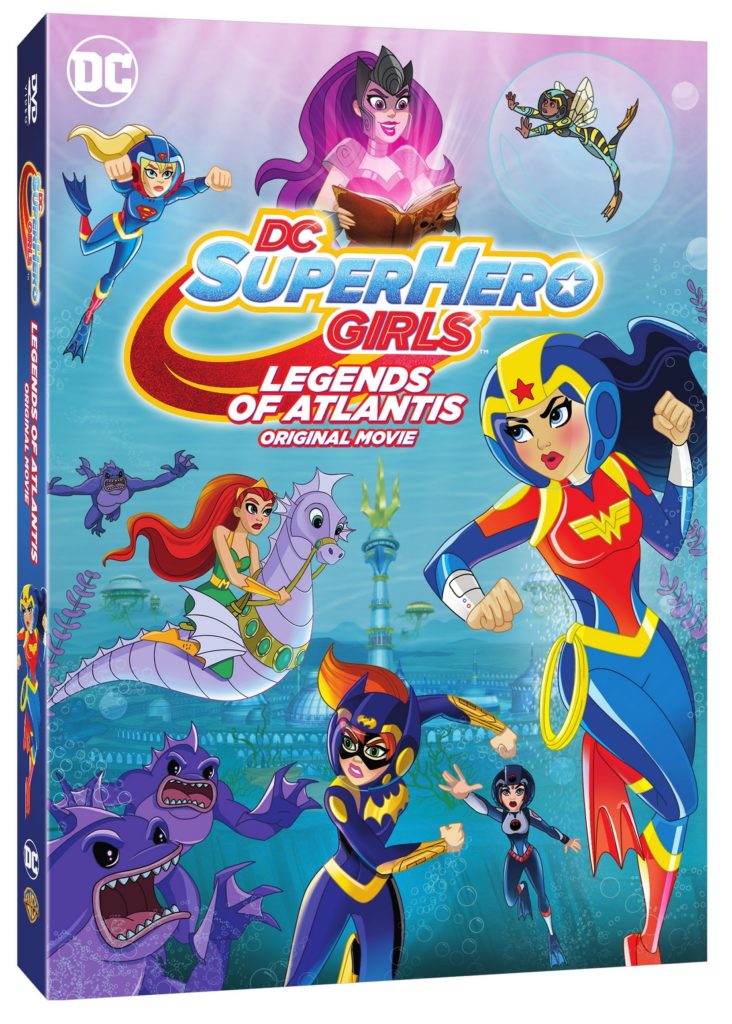 The awesome students of Super Hero High are back with another animated movie! DC Super Hero Girls: The Legends of Atlantis will be released on DVD and Digital on October 2, 2018!

From Warner Bros. Home Entertainment and DC Entertainment, DC Super Hero Girls: The Legends of Atlantis is an all-new adventure which takes our protagonists deep into the ocean. The upcoming film will be available on Digital for $14.99 SRP and DVD for $19.98 SRP. The bonus content includes a 44-minute long previously-aired television special ‘Super Hero High.’

It seems like an uneventful day at school until the powerful Book of Legends is suddenly stolen from Super Hero High. In order to uncover the mystery, Wonder Woman, Batgirl, Supergirl, Bumblebee and the rest of the Super Crew must journey through the depths of the ocean to Atlantis. There, the girls encounter Mera and Siren, the ocean-dwelling thieves, who prove to be a formidable match. In order to recover the stolen tome and return it to its rightful place, DC Super Hero Girls must band together and use their collective powers to successfully get back to land…and back to class!

Raven (one of my favorite comic book characters ever) is going to be in this film! Check out the trailer!

The animated movie has been directed by Cecilia Aranovich Hamilton and Ian Hamilton from a script by Shea Fontana. Jennifer Coyle serves as producer with Sam Register as Executive Producer.

Here are some specifics:

Talking about Atlantis, LEGO DC Comics Super Heroes: Aquaman – Rage of Atlantis will be released on July 31, 2018. It will be available on Blu-ray Combo Pack, DVD, and Digital.

Make sure to read my previous DC Super Hero Girls coverage. Emmy-winning producer Lauren Faust will soon be bringing the girls to Cartoon Network with a new look.