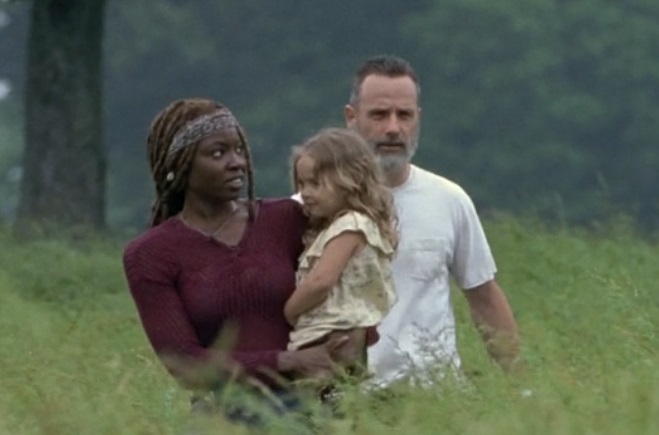 The Walking Dead Season 9 ‘A New Beginning’ spoilers follow. You have been warned!

I don’t blame my fellow writer Bekah for not wanting to review The Walking Dead season 9. There is no need to put in any amount of unnecessary effort for such a series. Even with Angela Kang becoming the showrunner, ‘A New Beginning’ didn’t feel like a new beginning at all. The episode ended up following predictable beats with a couple of interesting scenes.

As for Fear the Walking Dead season 4, I have to admit I found the show to be better than most seasons of The Walking Dead. However, the second half of FWTD season 4 came across as eight episodes of filler.

Check out The Bitching Dead episode 10 where Bekah, Tara, and I talk all about it!

In our 10th episode, we covered our favorite as well as least favorite moments from the second half of Fear the Walking Dead season 4. We also tried to come up with theories about what might happen to Morgan and the rest moving forward.

Then we discussed ‘A New Beginning,’ which wasn’t the worst of The Walking Dead season premieres.

Some of our discussion points:

What did you think of ‘A New Beginning’? Will The Walking Dead season 9 be able to make viewers come back to the show? Let us know.

Previous:Angels of Death 1×13 Review: I’m not Your God
Next: “The Handmaid’s Tale” Season Two Gets December Blu-ray and DVD Release