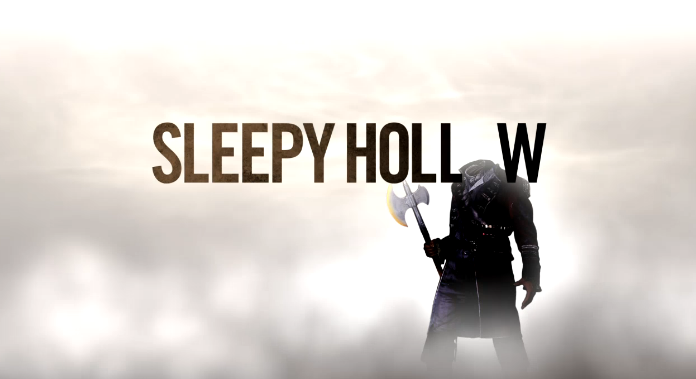 Sleepy Hollow fans (or “Sleepyheads”, according to their fandom) only have a little over a week until the second season of FOX’s supernatural hit begins. But just in time for Halloween, fans can get their hands on a four-issue comic series exclusively from BOOM! Studios, according to Comic Book Resources.

The series, which will debut October 15, will take place at different points during the show’s lifetime, so the creators are being extra tightlipped about potential spoilerific plotlines.

The writer, Marguerite Bennett (“Butterfly,” “Superman: Lois Lane”), is a Sleepy Hollow fan herself, as evidenced by how she sat through the San Diego Comic-Con panel for the show last summer and “and my fangirl heart just fell in love — with Abbie, with Ichabod, with the whole mad world,” according to the interview with CBR.

The comics will be drawn by Jorge Coelho (“Venom”) and have Noelle Stevensen “write and illustrate back-up stories for each issue,” CBR explained.

While Bennett can only give vague details, such as when she cryptically stated: “The first issue takes place early in the season and is a story of magic, the second is in the middle and is a story of myth, and the third and fourth are close to the end, and are the story of a machine,” TV show comic tie-ins are definitely nothing new.

Marvel released a graphic novel, Once Upon A Time: Shadow Of The Queen, based on the ABC fantasy show of the same name last year. Marvel and ABC are both owned by Disney and therefore, it doesn’t seem difficult to figure out why Marvel would release this comic book, which was essentially another form of marketing for a show that fans now complain has lost its way. DC, meanwhile, released digital tie-ins for its hit show, Arrow, earlier this month. Again, this was another form of marketing, released just in time to get fans excited for the upcoming season premieres of Arrow and The Flash on the CW.

Doctor Who, meanwhile, has a history in comic book form almost as long as its history as a TV show. Other perennial geek favorites like Star Trek and Futurama have all been turned into comic series. Whether or not any of these TV tie-ins were actually good, was left up to the critics to decide. Usually they weren’t. While critics may lambaste TV tie-ins as cheap, poorly written cash cows, readers (and TV viewers) still buy them.

We still have a bit of time until BOOM! Studios releases the first Sleepy Hollow comic book, but if Marguerite Bennett’s fangirl enthusiasm is any indication of her love and respect for these characters and their universe, then I think we should be in good hands.

The second season of Sleepy Hollow premieres September 22 at 9/8c!