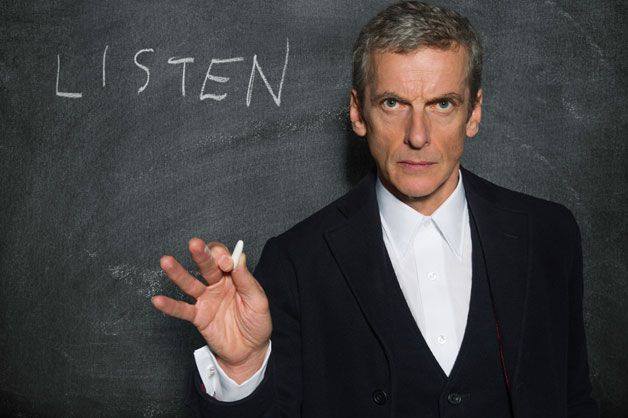 It’s tempting to say that this episode was very ‘Moffat’, but to say that has become synonymous with ‘disappointment’ in many circles and that would be a detriment to “Listen”, because it is far from disappointing. While it does fall prey to Moffat’s self indulgent call backs and overuse of paradoxical predetermination, “Listen” is more akin to “Blink” and “Silence in the Library” than the mess that was “The Time Of the Doctor”. 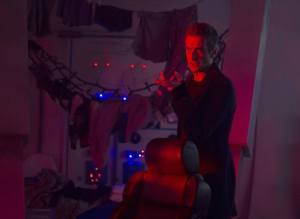 A far cry from last week’s humorous romp through mythology, “Listen” is genuinely scary. Like Moffat’s greatest monsters, “Listen” plays on fundamental fears. “Why do we talk out loud when we know we’re alone?” asks the Doctor – addressing the empty Tardis as though it were a lecture theatre. “Because we know we are not,” the Doctor replies to himself. Are we really alone when we think we’re alone? Is there really something under the bed after all?

The Doctor is not the first person to ask these questions. This is not even the first time Moffat has asked these questions on Doctor Who – “The Girl in the Fireplace” wondered about monsters hidden under children’s beds – but it’s such a universal fear that it can be used again and again without losing it’s impact. We’re all still trying to figure out what it was that went bump in the night, and the less solid the answer the scarier it is.

Most of the stand-alone, episodic elements of this episode worked really well. That it all took place at night, the use of children, the limited cast… It all worked to make this episode genuinely creepy. Remi Gooding was great as the young Rupert, and Samual Anderson (playing both Danny and Orson Pink – really is a great name) is shaping up to be a wonderful addition especially since Danny is definitely bringing more out of the tragically underdeveloped Clara. She was actually kind of endearing during their date.

It was a little bit annoying to see Clara shoved into the maternal role. It appears as though they are pushing feisty Clara towards the role of wife and mother so the Doctor can safely hand her over to her future husband. Hopefully there’s more to it than that. There seems to be a recurring theme of repeating faces – Clara lived many lives, Danny and Orson Pink had the same face, and apparently Peter Capaldi’s previous Whoinverse roles have some significance. But it could be nothing. 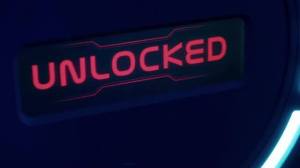 For the most part “Listen” was creepy, entertaining and it had me on the edge of my seat. But for me, the end was a little bit of a let down. The lack of definitive answers about what it was that was hidden in the dark was not a problem, in fact that was actually one of the coolest parts of the episode. Even the connection to the Doctor’s own childhood fear was not the worst thing. But the connection to “The Day of The Doctor” felt clunky and Moffat’s obsession with younger versions of his characters imprinting on their old companions is almost creepy. More importantly though, it takes way from the overall impact of the episode.

This episode, coupled with last week’s offering, certainly improved upon the underwhelming opening. I can’t say I’m super invested in this season yet, but I did genuinely enjoy watching “Listen” (alone, in the dark, I was more than a little creeped out). It also made me long for the time when Moffat just wrote brilliant stand-alone episodes rather than mucking about with his messy series arcs.

What did you think? Did it scare you? Are Danny and Clara meant to be? How did the Tardis get to Gallifrey? Isn’t it supposed to be time locked?