Civil War II Issue 5 presented a very dire prediction for heroes of the Marvel comic book universe. Will it come true or will someone take drastic measures to stop it no matter what the cost?

As far as the overall story of Civil War II is concerned, it really isn’t that impressive. Similar to the first Civil War, the current Marvel event also feels like an excuse for heroes to fight each other. But then again Marvel events haven’t been enjoyable for a very long time, so it was kind of expected. The only thing I liked about the issue was Storm breaking out of Dr. Strange’s spell. It was awesome!

However, what Civil War II lacks in plot, it makes up for in art. The main issues are gorgeous to look at due to David Marquez and his team.

Civil War II cost War Machine and Hulk their lives. With the current heroes fighting each other to see how Ulysses’ powers should or shouldn’t be used, the young Inhuman shows everyone a new prediction. Back in issue two, we saw Hulk killing everyone. Now, it seems that Miles Morales will kill Steve Rogers. 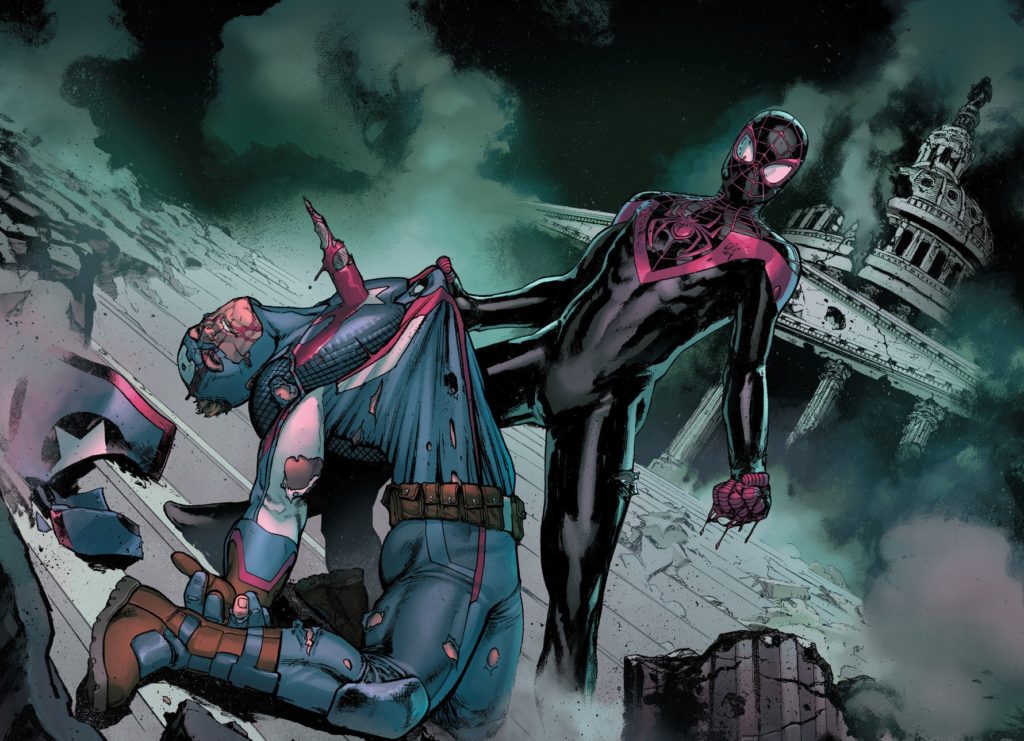 While the prediction is exciting, we don’t know all of the details. Did Miles kill Steve because he is a Hydra mole? Keep in mind that readers know about Captain America working for Hydra while the actual heroes in the Marvel Universe don’t. For them, Miles is set to kill an iconic hero in the near future, and they can’t let that happen.

Will the heroes be able to stop Miles from killing Captain America? Will holding him in a prison be enough or will someone follow in Hawkeye’s footsteps and kill the teenager to stop such a future from taking place? Let’s see where Civil War II goes from here.

Have you read Civil War II Issue 5? What did you think of the new prediction? Let us know.