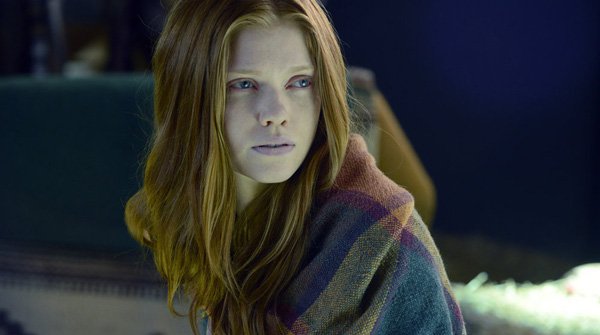 This week you get a double review, but that just means we have a lot of ground to cover. And wow, there sure is a lot to talk about! So buckle in and prepare yourself for some in depth analysis of ‘Rage of Caliban’ and ‘Blessed Are The Damned.’ 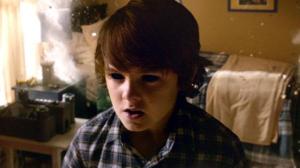 This week we touched on a theme that has been simmering in the background since the pilot. Constantine is plagued by what happened to Astra before the start of the series, which is understandable, considering a soul was damned to hell based on decisions he made. But it goes a lot deeper than that. It’s becoming quite clear that Constantine has a soft spot for kids. This theme was touched upon again in ‘A Feast of Friends‘ when the only person who witnessed any useful information at the crime scene just happened to be a little boy. Now we’ve seen it happen for a third time, but this time it more closely parallels what happened to Astra and we’re reminded of the heavy burden Constantine carries around with him every single day. He has a tough exterior and a sarcastic personality, but his treatment towards children and the constant reminders that a child is damned to hell because of things he did add layers to him. Matt Ryan really sells these layers, too, and every week I’m more and more grateful that he’s been chosen for the part.

This episode did have a weakness, though. Once again, a sidekick was sidelined in a rather clumsy fashion. This week it was Zed who suddenly had something else to do. Her absence was explained in a single line of throwaway dialogue, much like how Chas was sidelined in ‘A Fest of Friends.’ The fact that I miss the sidekicks when they’re gone should speak volumes of how interesting they are though, so I have to give them credit where credit is due. It seems like they’ve got some amazing characters here, but they just can’t quite balance them out week to week. The best balance we’ve had to date was in ‘The Devil’s Vinyl.’  Zed and Chas seemed to have a fun chemistry that I want to see more of going forward.

Blessed Are The Damn

This episode was by far the most interesting and well balanced episode in terms of contained plot of the week, character growth, and contribution to the overarching plot. The world we’ve gradually been introduced to opened up just a bit further and we got hints at sides to our favorite characters that we’ve been longing for. Like the episode before it, it suffered from being unable to balance two sidekicks at the same time, this time leaving poor Chas behind. His absence felt less clunky though due to the lack of forced dialogue to explain him away. I hate to admit this, but Zed is beginning to outshine him anyway, so if I had to choose, I’d choose having her in an episode without Chas. But honestly, I love them both dearly and am eager to have the entire team back together.

The expansion on angel mythology was very intriguing. While it didn’t exactly touch upon the whole ‘rising darkness’ issue explicitly, it still added more flavor to our mythology and gave us another angel to experience it through besides Manny. It also gave us a chance to see how Manny interacts with his own kind. All we’ve ever seen of him so far is his extreme snark with Constantine, but here we got to see a bit of what he longs for and his hidden desires. We also got to see Manny step up and be a bit rebellious. It seems that despite their constant snarking at each other, Manny holds Constantine in high enough regard to listen to him and break the rules because Constantine asked him to do so. I’m thrilled with everything about the angel mythology and Manny’s own character growth this episode. It was incredibly well done.

Zed also continues to be a force to be reckoned with. Instead of being sidelined or acting as a ghost babysitter, she was a major player in the plot throughout the episode. The more I see of her, the more I understand why the showrunners decided to go with her instead of Liv. While her delayed introduction presented problems for the show in regards to finding its feet, I think in the long run it was ultimately worth it. Zed’s sarcasm matches Constantine and she has yet to be truly intimidated by what she’s encountered. Frightened? Yes. Shocked? Yeah. Fangirling over the existence of angels? Oh my yes. But she hasn’t turned tail and run, or even cowered in a corner while Constantine saves the day. She’s always ready to be an active player and I’m not entirely sure Liv could have done that.

We also got more hints about Cosntantine’s bisexuality in this episode.  In fact, it was so noteworthy that the production designer David Blass reached out to us on Twitter to be sure we caught it.  Yes, we noticed, and yes, it’s pretty awesome. Constantine packs condoms to “protect” himself even though he’s going to see a male priest. As much as I’d like this to count as an explicit nod to his sexuality, it’s not quite there yet. This could have been explained away as a joke or as Constantine’s dry sarcasm. Because of that, our countdown will continue. However, the fact that these seeds are being planted and that the crew is actively reaching out to let us know they are aware of this earns them some major points. This won’t be forgotten. The open engagement by the creators of this topic is a hopeful sign that, if this show does get renewed, we may get the bisexual protagonist we’ve been hoping for.

But thank you for listening. Thank you for engaging. I look forward to what future episodes bring particularly on this front, but also in general.  This episode was great and revitalized my hopes for the show. I hope this momentum and positive energy keeps going as we push forward into the final episodes.