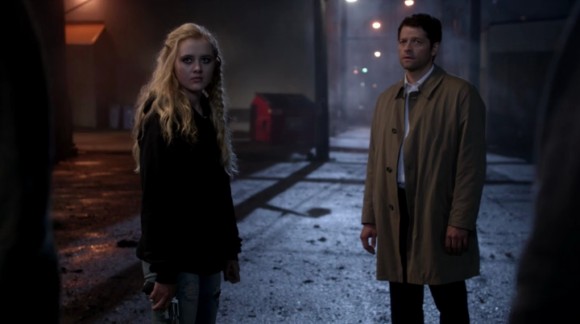 While this episode didn’t focus primarily on the Winchester brothers, it still managed to propel the overarching plot forward while simultaneously visiting things from seasons past.  The primary plot focused on Castiel and Claire Novak, his vessel’s daughter who we last saw back in season 4 while the secondary plot focused on the ever complicated relationship between Crowley and Rowena.  Everything came back to the common theme of family, the good and the bad, and not letting the definition of family be purely defined by blood.  Family is defined by actions and love.  Your family is what you make of it. 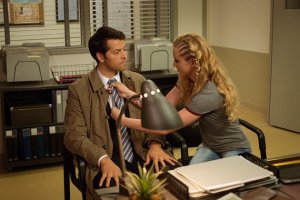 Claire Novak’s story was a particularly powerful one.  Since Castiel took over her father’s body as a vessel, her life has spiraled out of control.  She’s rightfully angry at Castiel and wants nothing to do with him after he breaks her out of the group home.  While we can justify Castiel’s actions at the time as doing what he believed was a righteous mission and explain his continued occupation of the body away with “Jimmy is dead, the body is his,” none of that erases the pain from Claire’s perspective.  These things make appreciating Castiel as a character today easier, but from Claire’s point of view this is the creature that stole her father away from her and ruined her life. Hannah’s actions helped Castiel see the cost of angel possession on human lives, so he seems to understand her perspective.  He accepts her anger and even agrees with it.

Despite Claire’s outrage, Castiel still feels duty bound to try to right the wrong that he committed against her.  His vessel may have a blood relation to Claire, but he certainly has no technical familial obligation towards her.  He wants to help her of his own free will. He knows he can never fix what’s already happened, but it’s clear that Claire needs some sort of family support in her life and he’s going to step in to provide it somehow.  The conversation with the caseworker about that topic and Dean’s anecdote about his father in New York City help drive that point home.  Claire seemed like she initially wanted Randy to be her father figure, but he betrayed her.  In the end it seems like she’s accepted Castiel to some degree, though I don’t expect them to be best friends right away.  I am looking forward to seeing how this plays out, though, because Claire was one of those loose threads that many fans have wanted to revisit.  I hope they keep her around for a while and don’t just drop her in an episode or two.

As a side note, thank you, Claire, for bringing back the blue tie.  You are a hero. 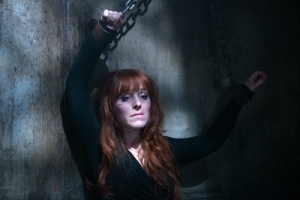 On the polar opposite end of the spectrum we have Crowley and his mother, who would conceivably have a familiar obligation towards each other, but clearly have none of the love.  Rowena apparently tried to trade Crowley away for some pigs, then abandoned him when he was only 8 years old.  She waltzes back into his life expecting to be his mother again, but he’s clearly having none of it.  It isn’t until she manipulates him that he seems to give her a chance, but I have a sneaking suspicion that he doesn’t entirely trust her.  Crowley is smart.  He’s also slightly paranoid, which is actually a good thing when you’re the King of Hell.  This pair pretty much proves that the family you’re born with isn’t always the best family for you.

While the Winchesters weren’t the main focus of the episode, they still contributed to the overall theme.  Besides Dean’s anecdote about New York, the brotherly bond between him and Sam weighed heavily on the plot.  Dean knows that Sam would never be able to kill him.  Honestly, I don’t think Castiel could either, but he still asks him too because he knows that Sam can’t and thinks that Castiel is his best shot.  At the end of the episode when the Mark of Cain takes over, Sam’s reaction is pretty much what Dean expected it to be.  The look on Sam’s face was heartbreaking and it’s very obvious he would never be able to take Dean out no matter how bad things get.  Their love for each other is far too strong.

This episode was a perfect mid season cliff hanger.  The theme of the episode was very clear and the plot moved forward for every character.  The only down side is that we’ll have to wait so long for things to pick back up again.  Let’s try to get through this mini hellatus together. 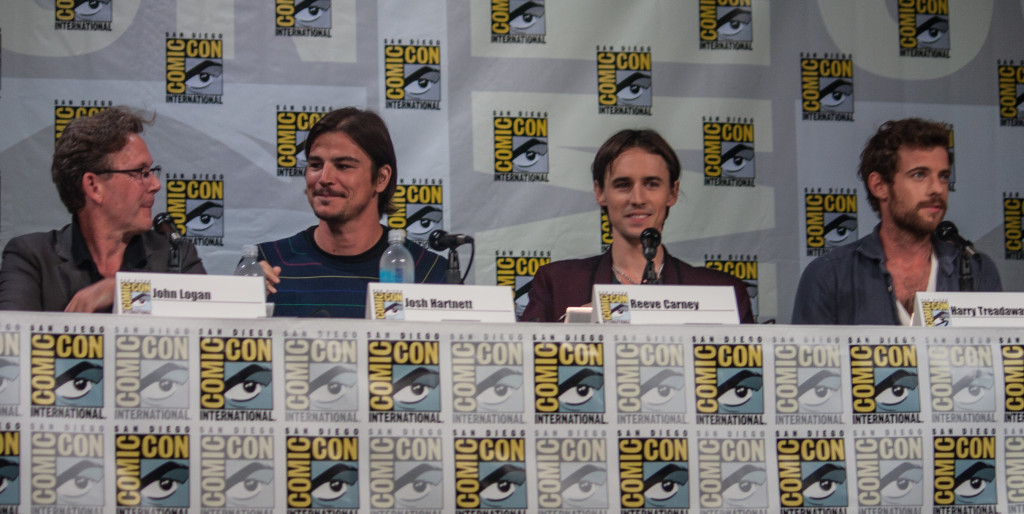 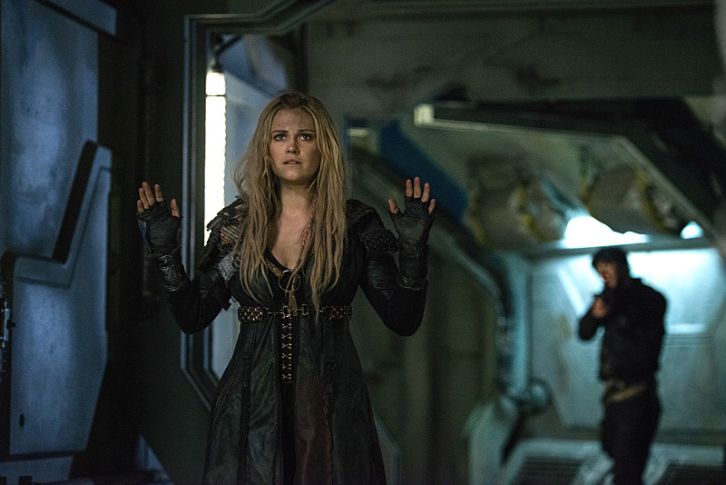