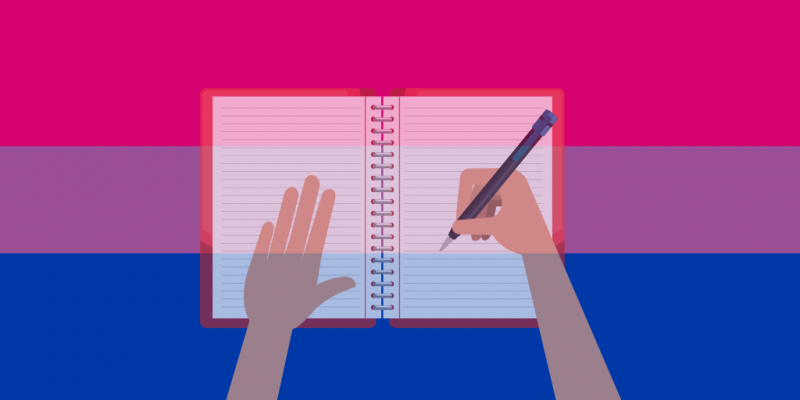 Whether you’re hashing out a screenplay, writing a novel, or adding a chapter to your 36-part epic fanfic, representation is important. That goes double when writing about groups you don’t know much about – and since it’s #BiWeek, we’re going to focus there. Too many writers don’t know how to write bisexual characters who feel like real people. They rely on “lazy writer tools” like tired stereotypes and problematic tropes.

Not a good look for anyone.

If you want to add some diversity to your work but you don’t want to be part of the problem, this is a good place to start. These guidelines will help you write bisexual characters without sounding like you were air-dropped here from the ’40s. Take a look.

Bisexual doesn’t mean non-monogamous or hypersexual. Don’t assume your bi characters will hit on anything and everything regardless of relationship status. When you write bi characters who can’t keep it in their pants, you’re pushing an image that makes people afraid to date bisexuals in real life. Bisexual people handle their attractions much like the rest of society. They can be (and often are) loyal partners who aren’t looking to “fill the other half of the equation”.

Bisexual characters don’t have to be equally attracted to all sexes. It’s a whole spectrum. Someone who’s 90% into opposite-sex partners and 10% into same-sex or genderfluid partners can be as bisexual as someone who is much more evenly split.

No one introduces themselves with their sexual orientation. Outside of specific niche communities, it’s not the most relevant thing for strangers to know right away. Don’t make bisexuality the first trait mentioned about a character, or even up front unless there’s a reason.

However, be explicit about the person’s sexuality (at least to the extent that anyone’s sexuality is explicit in the story). Don’t hide it or wink at it, then argue later that making it explicitly canon just “didn’t fit in the story”. That’s a coward’s answer. If the character isn’t in-canon bisexual, you don’t get the representation brownie points.

Write bisexual men as well as women and genderqueer people. You heard me. Men can be bisexual. That’s not just the domain of sexy college coeds. A lot of writers use bisexuality as a spicy, sexy angle to liven up a vampire coven, or a way to make a genderfluid alien seem extra exotic. Bisexuality isn’t only about sex, and that means you need to write bisexual characters that aren’t only there for the shock value.

Being bisexual isn’t the whole sum of someone’s character. Even in a story where sexuality is a main theme, it should never be a character’s entire plot. Give them something else to do.

Bi peeps aren’t always tormented by their sexuality. You don’t get “edge points” for torturing your queer characters.  Yes, it can be awkward navigating a world where straight peeps accuse you of being in denial about being gay while gay people wonder if you’re just looking for attention. That doesn’t mean bisexual people live in a world of torment. They can be happy, carefree, open people just as easily as everyone else.

Your character doesn’t have to act on bisexual attraction to remain bi. The “Gold Star Bisexual” is utter crap. Being attracted to more than one sex makes a character bisexual even they don’t personally go out and try all the sexes themselves. If they get married to a same-sex person, they’re still bi. If they’re dating an opposite-sex partner, they’re still bi.

Bisexuality is not trans-exclusive. It’s not a binary equation. Bisexual people can be attracted to many sexes, including trans and genderfluid people. Never assume your bisexual character is innately transphobic. That is a huge myth and very damaging to the community.

Let your character have some flaws. Too many times, those making a responsible effort to write bisexual characters for the first time steer so far from the dreaded Evil Bisexual trope that they wind up with a Paragon who never makes mistakes. Boring. You still need to entertain your readers, people. Bisexual characters can be examples of good representation even if they’re not perfect people.

Remember to show good representation in other areas as well as sexuality. You can’t just check the “not straight” box and call that good representation. Write bisexual characters of different races and religions to give your work more depth.

All bi peeps cuff their pants and none of us can sit in chairs right. Kidding! The real point is, stay away from things you’ve seen in memes and leaning on bisexual stereotypes (unless your character is having a bit of fun with it). Seriously, don’t do it. You will NOT sound like a cool kid if you use these in-jokes on your own.

Any work that’s a collaborative effort and features bisexuals needs to have bisexuals on the team. Movies, plays, multi-author comic book universes – if bisexuals are at the heart of the story they need to be at the heart of its creation. We get the best possible outcome when bisexual people help write bisexual characters.

Run your story by actual bisexual people and LISTEN TO THEM. I can’t tell you how many times I’ve seen some straight writer online arguing that, “No, see, it’s not problematic because X, Y, and Z.” If you’re not bi, and bi people are telling you there’s a problem with your bi character, pay attention. You don’t have to change it every time someone doesn’t like it (bisexuals don’t have a hive mind) but if you’re getting a common criticism it’s probably legit.

Finally, don’t be too afraid of messing up to write bisexual characters! As long as you’re following these guidelines and taking constructive feedback with an open heart, you probably won’t make any giant mistakes.

Think we forgot something? Add your suggestions in the comments below! 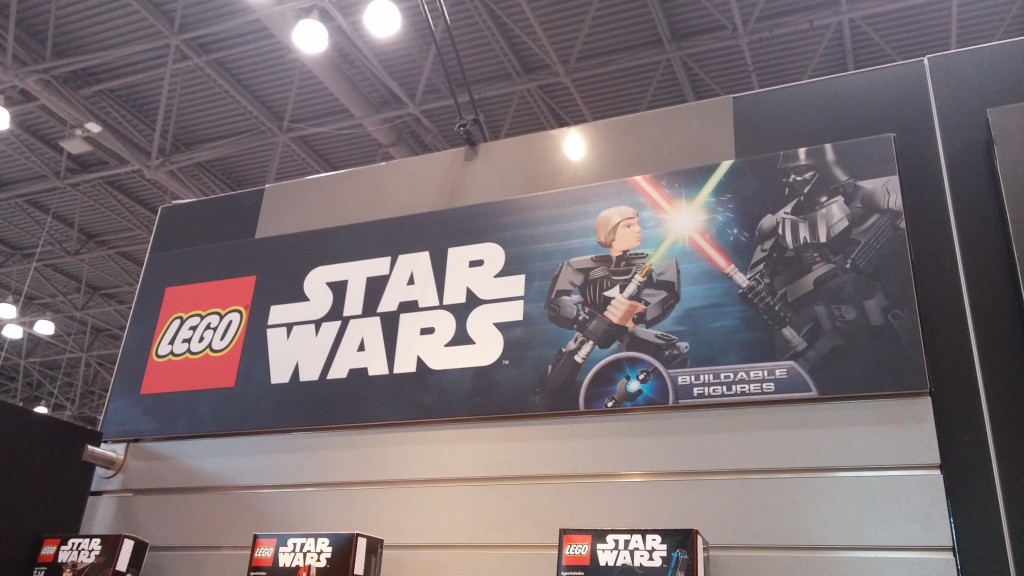 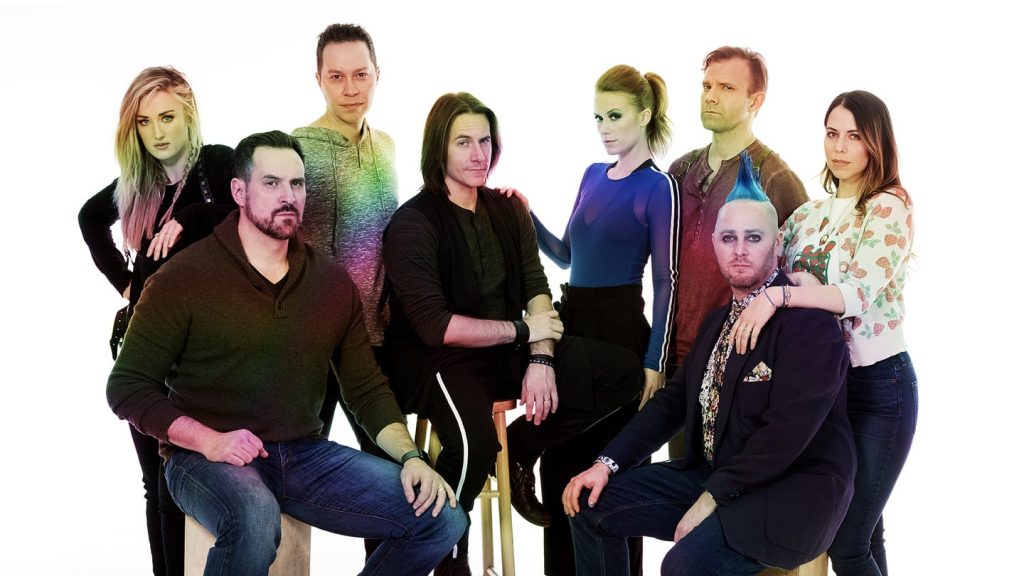 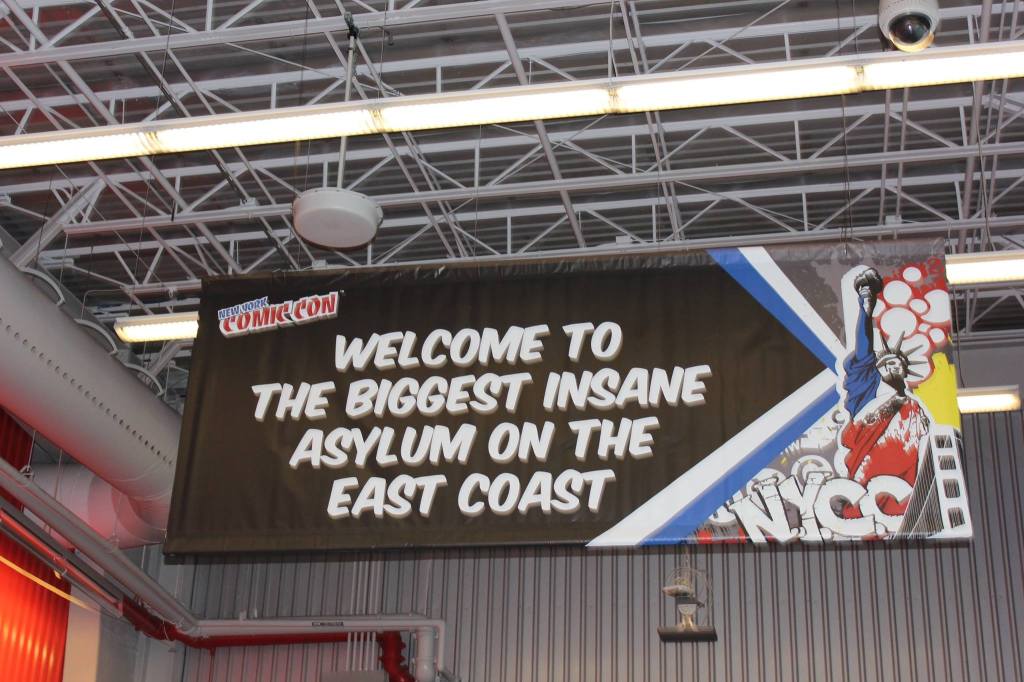