“Curse of the Sea Rats” Gets Switch And PS4 Limited Physical Edition For Kickstarter Backers! 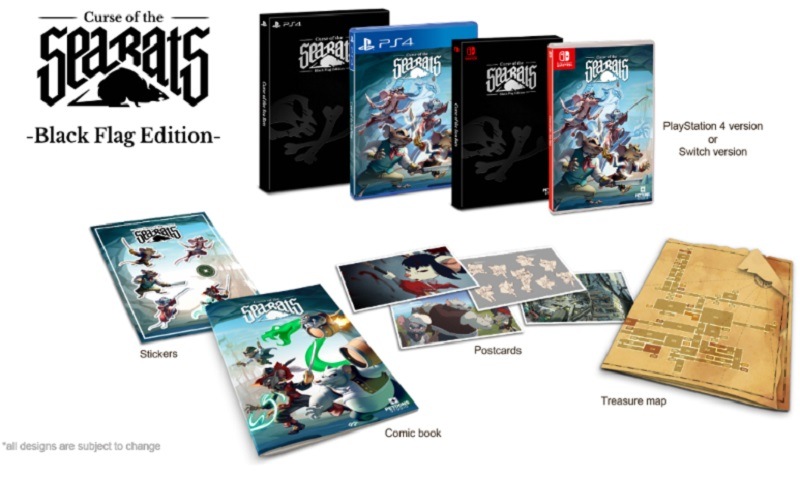 Curse of the Sea Rats is definitely a game you should be keeping an eye on. Described as an “epic hand-drawn ratoidvania,” it will be getting an exclusive limited physical Black Flag Edition on the Nintendo Switch and the PlayStation 4 (for backers on Kickstarter).

I talked about Curse of the Sea Rats back in August of 2019 and since then the upcoming title has continued to garner more attention. According to the press release, it’s an “exploration-focused, side-scroller role-playing game leading a group of heroes who are transformed into rats by a pirate witch. Help them rescue the Admiral’s son and break the magic spell!”

The title recently launched a Kickstarter campaign which has already surpassed the initial funding goal of $16,895 by a lot. As of writing this article, the total sits at $67,084. There are still 18 days left. So, you can go and look at the perks being offered to see if you would like to support this game or not.

The upcoming title has four playable characters, each with their own strong personalities, backstory and goals, fighting styles, and special skills.

According to the team, this title is inspired by great Metroidvania games like Bloodstained, Guacamelee, and Hollow Knight. Other titles (the team was inspired by) include Diablo, Indivisible RPG, Path of Exile, and the Street Fighter saga.

We love games as much as we love animation. Curse of the Sea Rats pays homage to the pioneers. It represents the intersection between video games and animation, from the foundational art of Don Bluth in Dragon’s Lair to the perfect mix between art and gameplay in Aladdin’s Classic by Disney.

The art is definitely very impressive!

Curse of the Sea Rats is scheduled to be released sometime in 2021 on the Nintendo Switch, PlayStation 4, Xbox One, and Steam.