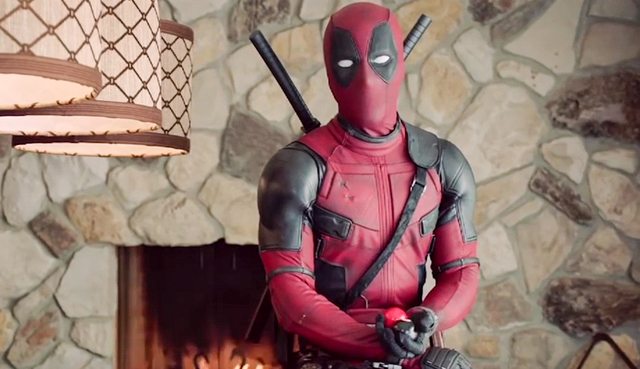 Yes, Deadpool has narrated his own Honest Trailer and it’s amazing.

For those of you who are unaware, Honest Trailers is a series by YouTube channel Screen Junkies that makes fun of tropes, cliches, and other hilarious issues within the film industry by making mock trailers for popular movies.  If you’ve never watched one before, I suggest the Guardians of the Galaxy Honest Trailer as a starting point.  And now that you know what they usually do, let’s take a look at what they did differently with Deadpool.

That’s right, friends.  In the most epic display of meta since the movie itself, Deadpool crashes his own honest trailer to make fun of himself.  And can we for a moment appreciate that he calls himself a “pansexual hitman with a heart of gold”?  Pansexual.  From Deadpool’s mouth, to your ears, folks.  I mean, we all knew it already, but it was great to hear him say that.  And with a character who goes meta as often as he does, we might as well take this Honest Trailer as canon, right?  Right?

The best part of the trailer was Deadpool taking the criticism a little too personally, though, and he takes the infamous Honest Trailer narrator to task.  Indeed, the film has become the number one grossing R-rated film of all time (“except for Jesus”) and has beat out all other Fox produced Marvel films (didn’t beat out several Disney Marvel films, however).  He deserves to get a little defensive, I’d say.

Deadpool blatantly pushes the release of the DVD this month, but as far as advertisements go this was a pretty epic partnership.  He says he won’t be back for the sequel, but if this video takes off like I can predict it will, I wouldn’t be surprised to see him revisit Honest Trailers the next time around either.  They’re a match made in heaven.