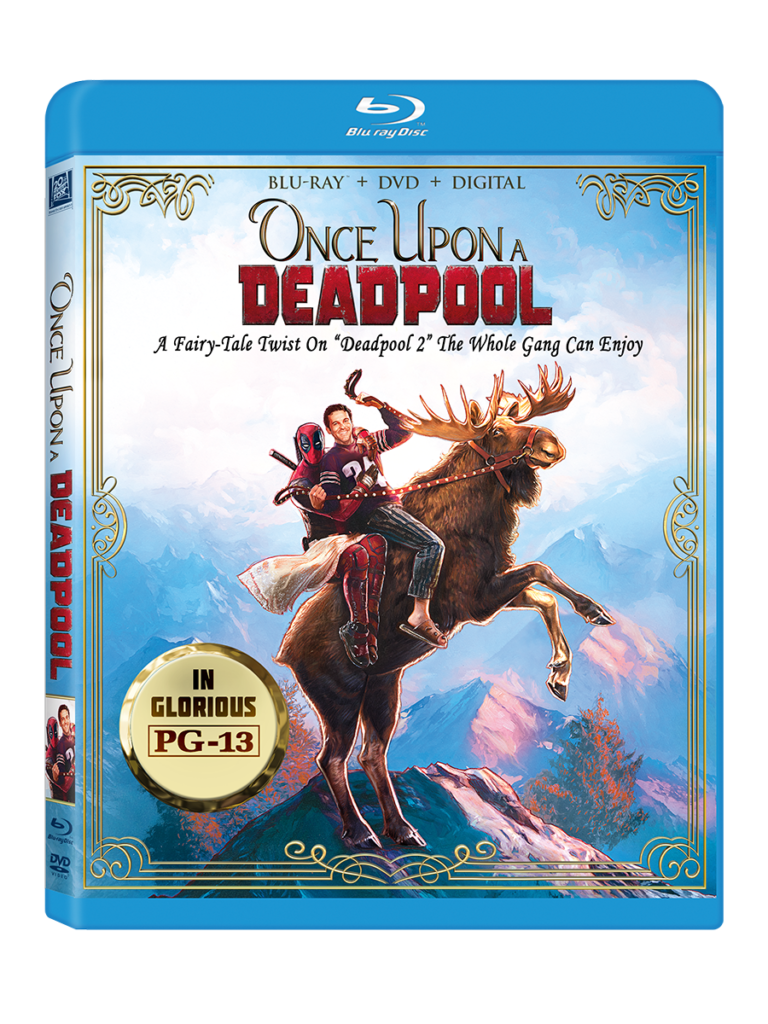 Fans of Deadpool 2 can now look forward to owning the PG-13 cut of the superhero film this month. Courtesy of 20th Century Fox Home Entertainment, Once Upon A Deadpool will be available on Digital and Blu-ray come January 15, 2019! A part of the profits from the upcoming release will go to Fudge Cancer!

After being released in the US on May 18, 2018, the R-rated Deadpool 2 went on to make more than $700 million at the global box office. In November, the official announcement for a PG-13 version of the film was made by Fox. Some fans were disappointed because they didn’t want the Deadpool series to get the PG-13 treatment like other major superhero franchises. Others were happy to get more footage of Ryan Reynolds as Wade Wilson in their lives.

An enjoyable trailer for Once Upon a Deadpool was released. The film had a limited theatrical run from December 12 till the 24th. Featuring approximately 20-minutes of new in-film content, Fox also donated $1 from each ticket sale to Fudge Cancer.

Now, you can own Once Upon a Deadpool on Digital with Movies Anywhere and Blu-ray on January 15, 2019. What’s great is Twentieth Century Fox Home Entertainment will be donating $1 from every Blu-ray purchase or Digital Buy or Rent from January 1 to January 28, 2019, to Fudge Cancer (US only. Minimum donation of $100,000).

Once Upon a Deadpool Technical Specifications (Blu-ray):

The PG-13 cut adds Fred Savage to the cast. According to 20th Century Fox, Savage’s addition is “an homage to Savage’s starring role in the 1987 bedtime-story classic The Princess Bride.”

With the Disney and Fox merger nearing completion and the X-Men and Fantastic Four going to Disney/Marvel, it will be interesting to see if the House of Mouse will continue making R-rated Deadpool movies or if Wade will always be getting the PG-13 cut.