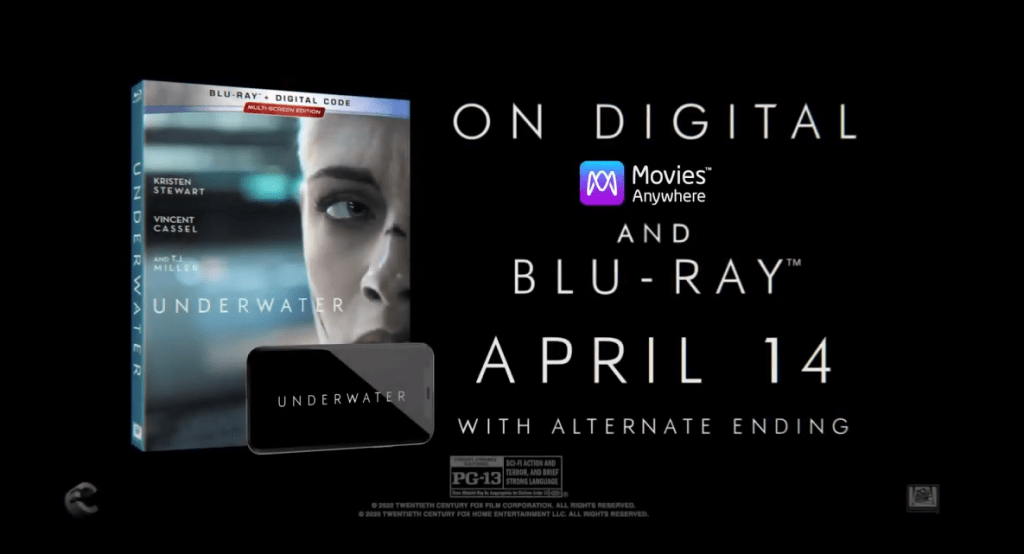 Kristen Stewart’s Underwater will be making its way to homes this April. You will be able to own the action-packed sci-fi thriller on Digital, Blu-ray, and DVD come April 14, 2020.

I do think Underwater is a film that many of you might have missed. And that’s disappointing because I do feel it’s a women-led sci-fi movie you should consider watching.

The crew of the Kepler undersea mining rig knew there would be hardships on their current mission, but nothing prepared them for the terrors they’re about to face. The heart-stopping adventure begins when a devastating earthquake damages the rig, including its communication devices and escape vehicle. Although quick-thinking mechanical engineer Norah Price (Stewart) manages to temporarily stave off imminent disaster, the need to evacuate escalates quickly. Their only hope is to walk across the ocean floor to an abandoned vessel, in hopes that its communication equipment still works. As if their journey isn’t treacherous enough, they begin to sense that they’re not alone in the murky ocean depths. Also starring Vincent Cassel, Jessica Henwick, John Gallagher Jr., Mamoudou Athie and T.J. Miller, Underwater is a chilling, suspenseful adventure that’s filled with nonstop action from start to finish.

I even recorded a reaction video!

Take note; the Alternate Ending is available on Digital only.

Underwater was released in the U.S. on January 10, 2020. It went on to gross a bit more than $40 million at the global box office.

As far as my opinion goes, I ended up enjoying Underwater. The plot isn’t the most unique, but Stewart is very impressive in her role. She has what it takes to be a sci-fi action star. I hope you all decide to give this film a chance when it becomes available on Digital, Blu-ray, and DVD on April 14, 2020.

Have you watched it already? What did you think of it?