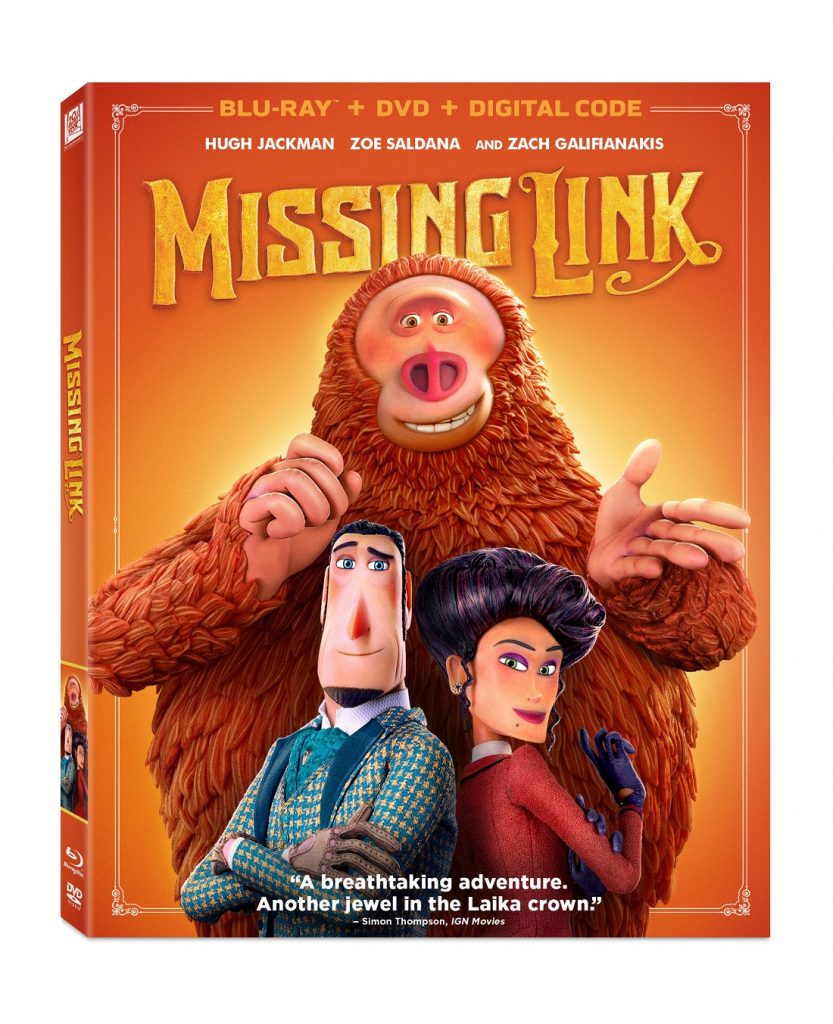 Twentieth Century Fox Home Entertainment will be releasing the animated stop-motion film Missing Link on Digital come July 9, 2019, and on Blu-ray and DVD on July 23, 2019.

Missing Link offered stop-motion fans a globe-trotting adventure when it hit US theaters on April 12, 2019. From LAIKA, the makers of Kubo and the Two Strings, the cast of The Missing Link included the talented Hugh Jackman, Zoe Saldana, and Zach Galifianakis.

Jackman played Sir Lionel Frost, “a brave and dashing adventurer who considers himself to be the world’s foremost investigator of myths and monsters.”

Galifianakis gave voice to Mr. Link who “as species go,” is “as endangered as they get; he’s possibly the last of his kind, he’s lonely, and he believes that Sir Lionel is the one man alive who can help him.”

Saldana played “the independent and resourceful Adelina Fortnight, who possesses the only known map to the group’s secret destination.”

The “unlikely” trio set out on “a riotous rollercoaster ride of a journey to seek out Link’s distant relatives in the fabled valley of Shangri-La.”

The Missing Link Blu-ray and DVD Bonus Features include:

As for the Blu-ray and DVD Specifications, the Screen Format is Widescreen 2.39:1. The Blu-ray features an English DTS-HD Master Audio 7.1, with the DVD being English Dolby Digital 5.1.

The film’s total run time is 94 minutes. It has been rated PG for “Action/Peril And Some Mild Rude Humor.”

For those who don’t know, LAIKA was founded in 2005. It was awarded a Scientific and Technology Oscar for its innovation in 3D printing in 2016. Its four films, Kubo and the Two Strings, The Boxtrolls, ParaNorman, and Coraline were all nominated for Oscars and PGA Awards as Outstanding Animated Film.