In the last few months of cultivating a more active and generally healthy lifestyle, I’ve discovered a slightly disturbing problem: my motivation to sit down and watch even my favorite genre TV shows has dropped to essentially nil! I’ve found a few alternatives, but do you have any insightful recommendations for staying involved in geek culture without spending hours sitting still to watch TV? 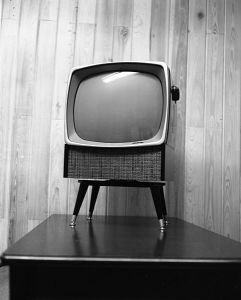 Hi, water_violin – first of all, congrats on your new active healthy lifestyle! It’s so great that you’re making positive changes and you should be proud of that. But I totally feel your pain because even though I’m basically a professional fangirl it’s still hard for me to find the time and/or effort to keep up with ALL the television shows! I know we joke about fandom being a full time job, and sometimes it feels like it but if we’re honest most of us are in a similar situation to you water_violin. It might not seem like it but it is possible to be an active member of fandom while having a life outside of it.

1. Watch TV on while working out at the gym or at home

Not many people know this but I catch up on my most of my TV on the treadmill at the gym. I load the episodes on to my iPad, stick my headphones in and go for a jog. I also do hand weights and stretches in front of the TV at home. It helps motivate me to work out and watch TV so it’s win win.

2. Pick your favorite geeky website or blog to keep up to date on fandom news

There’s no way you can read every single pop culture website around, it’s just not possible and if you try to keep track of everything it will scare you away. So pick 2, maybe 3, that you really connect with and then check them every day. I have to push The Geekiary here (you love us, don’t lie) but I also recommend The Mary Sue and The Daily Dot’s Geek tag.

This is something simple that everyone can do but it makes such a difference. Putting all the twitters I follow in to groups means that I generally don’t miss anything important – especially not conversations with fellow fans. It’s so easy to do and it changes EVERYTHING. You can make as many lists as you like, whatever works for you. Just do it, you won’t regret it.

There is literally no better way to stay updated and enthusiastic about fandom than having a group of people to keep you in the loop. Fandom friends are sure to message you whenever something of note happens, and they’re more than willing to wait for you to catch up on a show so they can squee with you all over again.

Finally, remember it’s okay if the way you engage with fandom changes. It’s not a static thing, it will shift, it will evolve, it will grow. Just like you. Sometimes you’ll be more involved sometimes less. That’s okay. It doesn’t make you a bad fan. It doesn’t make you any less of a fan. Being a fan is all about loving the thing in the best way you can. If that means just tuning in occasionally, or waiting until the shows on Netflix to catch up. That’s cool. Just do what works for you and hopefully fandom continue to be a fulfilling aspect of your life. (Damn that was motivational, someone put that on a t-shirt).

I’m a huge fan of Thomas Harris, and the TV adaptation of his books as Hannibal. I’ve read that S3 will touch on many elements from the books, not necessarily in order, but nothing from Silence of The Lambs. I would love to see someone take on the iconic role of Clarice Starling, whose character spanned two books in the series, and would hate for the show to lose traction before we get to see it, or leave out that character entirely. Hugh Dancy is so fantastic as Will Graham, I can’t imagine the show without him, but aside from passing mentions, he was not a character in Silence of the Lambs (or Hannibal). Do you think there will ever be room for Clarice’s character and storyline in the TV adaptation, given not only the intensity of the relationship between Lecter and Graham, but also the popularity of Hugh Dancy as Will?
Thanks!
Erin O. 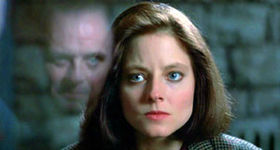 Thanks for your question Erin!  There absolutely will be room for Clarice’s storyline in Hannibal and Bryan Fuller has stated he has intentions of bringing her into the series at some point in the future.  The problem is that the rights to Clarice are still owned by MGM.  At San Diego Comic-Con 2014, Bryan Fuller indicated during the panel that if he can’t get the rights to Clarice, he’ll introduce a similar character with a different name that will accomplish the same means.  So yes, there are plans to bring Clarice into the picture at some point.

As far as if she can fit into the narrative based on what we’ve been given so far, that’s harder to say and will probably be a divisive issue among fans.  Many people are enjoying the dynamic between Will and Hannibal, so adding someone else into the mix, possibly at the expense of pushing Will out of the picture, might not make a lot of TV show fans happy.  That said, I’m a huge Bryan Fuller fangirl.  He’s never disappointed me with any of his shows before.  If anyone is going to pull this off, I have faith that it’d be him.

Hopefully the show doesn’t get cancelled before we get to that point.  We have a huge online presence, but the ratings are mediocre at best.  In order to keep the show going strong so we can get to Clarice’s introduction just keep spreading the word (especially to friends you know who might have Nielsen boxes), watch the show online when it becomes available, buy the DVDs/Blurays, and keep your online fandom engagement high.  Bryan Fuller and the crew have been very receptive to fan feedback, too, so if it starts to loose steam I have a strong feeling he’d listen to us.  I met him personally at Comic-Con and he was one of the most fully engaged show runners I’ve ever encountered.  I trust him and I hope we can keep this show going for a long time.

– To be included in our next Dear Geekiary post please email us at DearGeekiary@Gmail.com!-