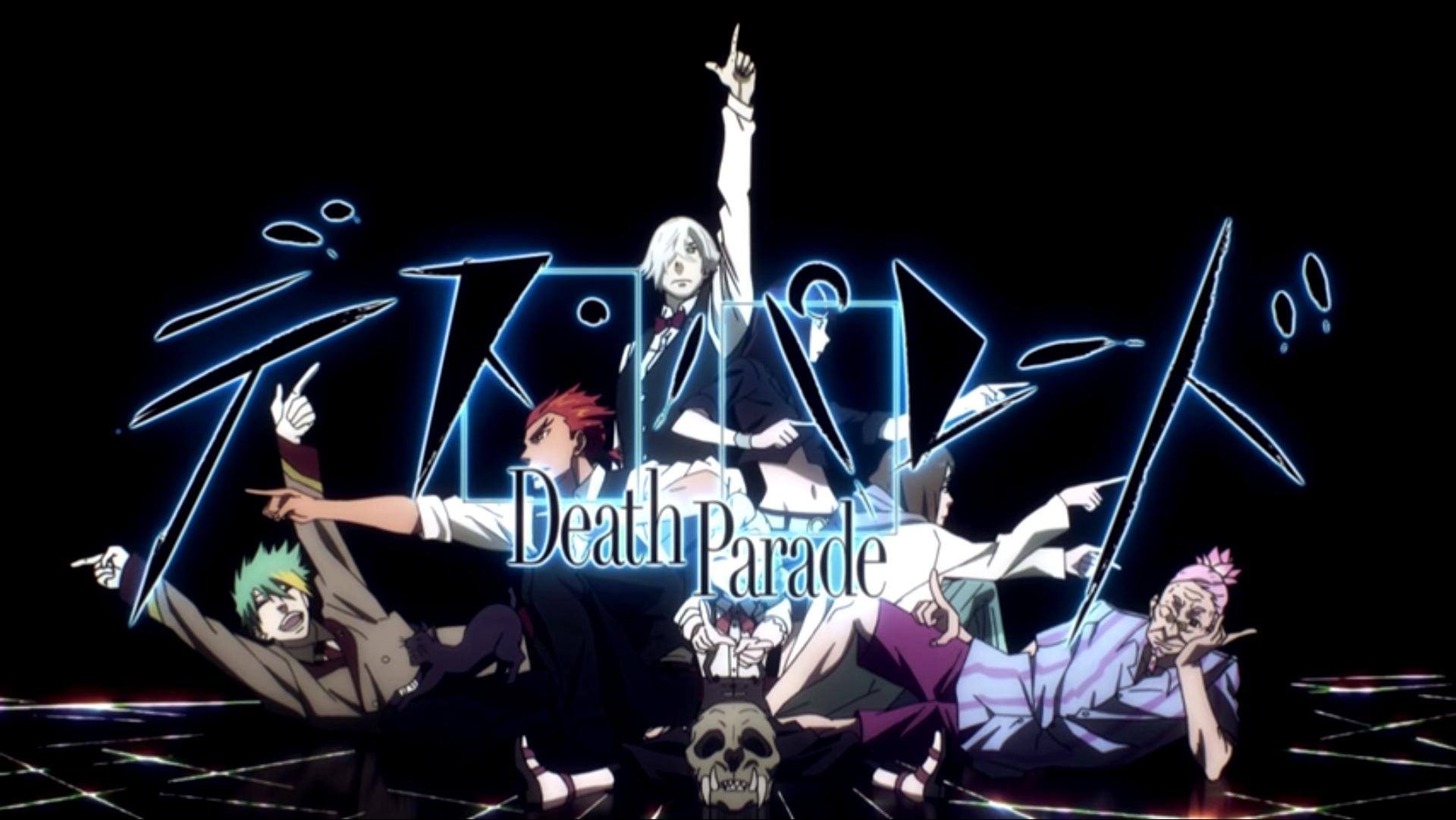 The winter 2015 anime season has finally come to a close. Out of all of the anime I’ve watched over the past few months, the biggest surprise comes in the form of a 12-episode miniseries called Death Parade. I can attest to the fact that this show is every bit deserving of the praise it receives.

Death Parade is a show that took many by surprise. With all of the highly-anticipated shows that were to be released in the winter season (Tokyo Ghoul: Root A, Durarara x2, and Assassination Classroom to name a few), a lot of people, myself included, did not give a lot thought or have many expectations for this one. We were clearly proven wrong. The show gave many viewers, including one of our writers, a great first impression which encouraged them to continue watching. The beginning of each episode starts with an exciting opening sequence. But don’t let the cheery opening fool you! The show itself is a lot darker than it seems. 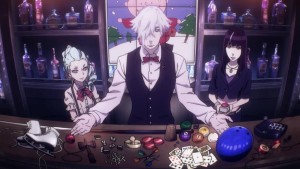 The main plotline circles around a bartender named Decim and his assistant, who work at the QuinDecim bar. The bar itself is a sort of purgatory where souls arrive in pairs to receive judgment on whether they will be reincarnated or sent to the void. Decim acts as the arbiter who passes on the judgment after having the souls play a “Death Game” against one another. With the true personalities and darkness of the characters’ hearts revealed during the game, Decim makes his final decisions.

From the moment the series started, I knew right off the bat that it was something that I would enjoy. Part of this is due to my immediate attraction to the characters. They were remarkably well-designed with their personalities, dialogue, mannerisms, and physical appearance all very fitting of them. I can tell that they were meticulously crafted with great care and attention to detail, which made them rounded and believable. This is evident in all of the characters, especially Decim and his assistant. With each passing episode, the viewer can’t help but want to know more about who these characters are and what the end will bring for all of them.

For an anime that only lasts a brief 12 episodes, this series was incredibly satisfying. I think that it would definitely please viewers who have a preference for drama and psychological thrillers. However, I think that anyone can find this show enjoyable. Although it has a slight supernatural undertone, it’s nothing too extreme where it would be considered “horror”. I would describe it more as a mystery. It prompts its viewers to wonder what will happen next, even while possibly knowing what the ultimate endgame of the series may be.

Upon finishing the series, I was left with a good, lasting impression. What else could I expect from a show that was produced by an animation studio that is known for creating some of the best anime series? 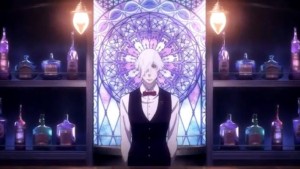 If you didn’t know, Death Parade  was created by Studio Madhouse, the company that brought us shows such as Death Note, Trigun, and Cardcaptor Sakura. Madhouse is often referred to as one of the top Japanese animation studios. If there’s anything that we can learn from the studio’s history, it’s that they provide us with high-quality material. And with that, I would say that Death Parade can easily be added onto the list of notable works that have been produced by Madhouse.

If there is one thing that I can recommend you to watch from this past anime season, it would be Death Parade. Everything about this anime was incredible. From the music, to the characters, to the plotline, and the stunning visuals of the animation, all aspects of the show were on point. This series was praised by many viewers who instantly took a liking to it and became fans. It also garnered approval from the harsh anime critic and reviewer Arkada, of Glass Reflection. In his video, Arkada fanboyed, gushed, and gave the show a strong recommendation. I think you get the gist.

Go ahead and give Death Parade a chance! If you like the series, you can also check out the original short film called Death Billiards.