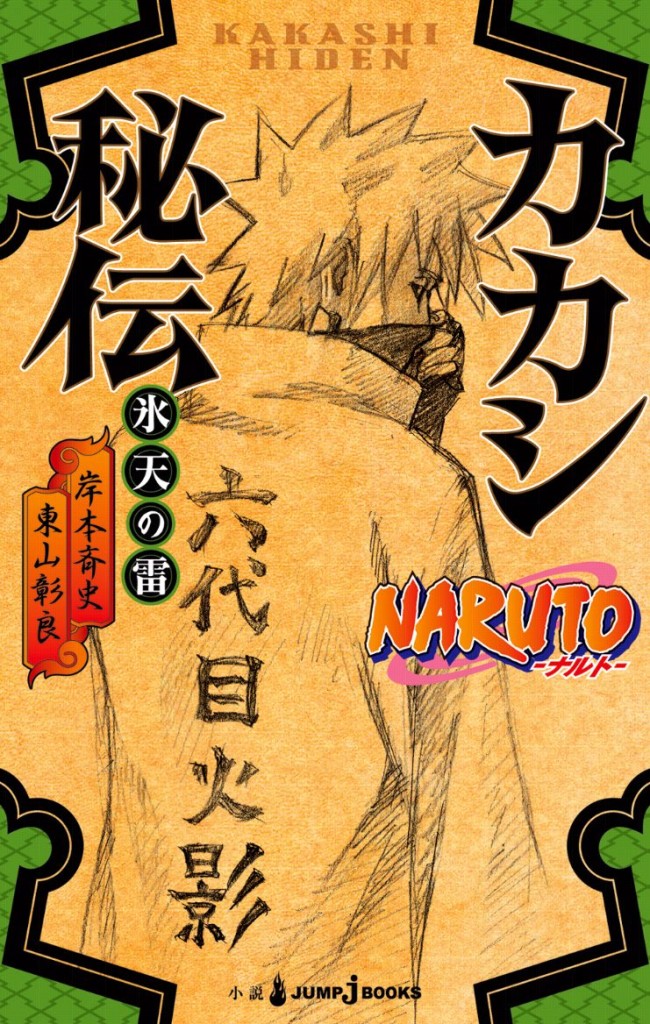 Kakashi Hiden: Lightning in the Icy Sky is the first light novel in the Naruto Hiden series. It’s written by Akira Higashiyama and illustrated by Masashi Kishimoto, the creator of Naruto. The stories in the Hiden series take place after the end of Fourth Ninja War and tell about the journey of various characters before the Naruto finale.

I’ve been a fan of Kakashi Hatake since I got to know about him through the Naruto anime series. He had a major role in the manga, and was one of the ninjas that helped take down the final God-like antagonist Kaguya. Even though he retired from his Hokage duties in the finale, I was surprised to know that he didn’t immediately take on the role after the ninja war. His face was sculpted on the mountain in the Hidden Leaf Village, but he left off being Hokage for more than a year.

I liked how Akira was able to dive deeper into Kakashi as character. He seemed to be going through a rough patch after losing the Sharingan. I completely understood his emotions. It’s hard for any character to lose something that made them something of a legend to other people. The Sharingan was part of Kakashi’s identity, and he didn’t feel fit to lead and protect his village without it.

Even after the Fourth Shinobi World War, there were people out there who continued doing bad things. The prologue opened with Naruto Uzumaki and Sai on a mission in the Land of Waves to capture a ninja named Garyo. The antagonist was the leader of Ryuha Armament Alliance. The goal of the Armament Alliance was to free people from the corruption of money, and they held Madara Uchiha in high esteem.

The whole story revolved around the debut of an airship named Tobishachimaru, and how the Armament Alliance wanted to use it to break out Garyo from Blood Prison. Kakashi was in charge of the ship’s security and that’s how he got himself involved with the Alliance, and came out a hero. Might Guy also boarded the airship. If you were worried about him being in a wheelchair after the war, you don’t have to be anymore, because he’s fully capable of fighting strong opponents, and can get up whenever he feels like it.

One of the things I enjoyed about the story was the relationship between Kakashi and a woman named Kahyo. While the two started out battling each other, Kahyo grew to understand that attacking the Blood Prison was wrong and had a change of heart. Kakashi also saved her from death by changing her punishment. He took on the mantle of Hokage and ordered Kahyo to become the Blood Prison’s warden.

There were humorous moments in the story mostly involving Naruto. I liked the scene where he tried to work up Kakashi into becoming Hokage by saying Tsunade was too old to lead without realizing she was standing right behind him. Naruto also spread the rumor about Kakashi and Kahyo being in love as revenge for not being called to protect the Blood Prison.

Kakashi Hiden: Lightning in the Icy Sky is a good read especially if you are a fan of Kakashi Hatake. The events in the story take place before The Last: Naruto the Movie and tells about how Kakashi finally agreed to become the sixth Hokage.

Have you read Kakashi Hiden yet? What did you think of it? Let us know!