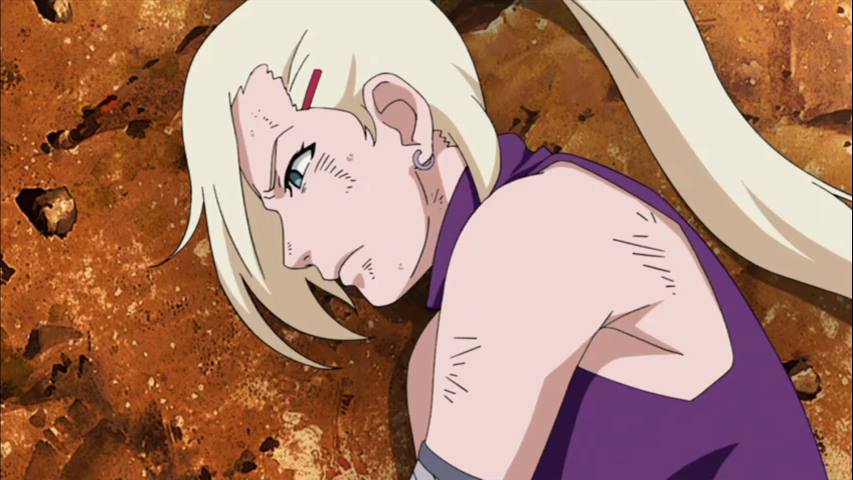 This week’s episode of Naruto Shippuden focused on Ino Yamanaka trying to further grow the secret jutsu of her clan. The whole episode was one big fight with a rival team from the Sand Village, and I liked how Sakura, Ino and Choji worked together to beat their opponents.

I was surprised to learn that Tsunade never meant to make Ino a proper medical ninja. I guess that explained why Ino was never shown working at the Leaf Village hospital in the manga like Sakura. Tsunade agreed to train Ino because she knew that the Yamanaka clan’s jutsu required delicate chakra control. By training Ino for a few years, Tsunade enabled the young ninja to mold chakra more efficiently. I don’t know if filler material is supposed to be taken as canon, but the conversation Tsunade had with Ino’s father answered questions regarding Ino’s journey as a medical ninja in the manga. If you happen to be reading the Sakura Hiden light novel you would know that Ino also helped Sakura in providing better medical facilities to children affected by the Ninja War.

One of the things I like about Naruto is the clever way ninja battles take place. At first I thought Ino was being too hot-headed attacking her opponents without analyzing their skill set. But it turned out she needed time to sense their movements. Being a pawn and getting knocked to the ground gave her the time she required. 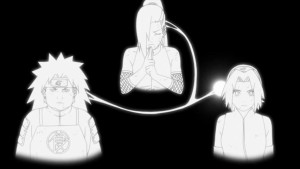 Ino’s Mind Transmission ability was explained a great deal in the episode. During their battle she was able to grow it further by directly transferring Sakura’s thoughts to Choji and vice versa to help them fight invisible opponents. Though she was able to only create a mental link between her team members before she reached her limit, her jutsu was very important in communicating information to every single ninja during the War. Every character grew during the War, and it’s nice to see them develop their powers during the Chunin Exams that took place before it.

Every character brought their unique set of skills to the battle. Sakura, a replacement in the team for the very intelligent Shikamaru Nara, brought her smarts and brute strength. She was able to see that the opposing team was attacking in a pattern. Ino linked Choji and Sakura together so they could communicate strategy, and Choji brought more physical strength.

In the end, the team from the Leaf Village won and because they were good people at heart, Sakura and Ino healed two male members from the opposing team, while the medical ninja from the Sand Village healed Choji. They knew they weren’t at war and didn’t have to fight till death.

I really enjoyed this week’s episode of Naruto Shippuden, “The Yamanaka Clan Secret Jutsu”. It told more about Ino as a character and how she grew determined to become stronger as she grew older.

Did you enjoy “The Yamanaka Clan Jutsu”? What did you think of it? Let us know!