Naruto Shippuden 18×406 Review: The Place Where I Belong 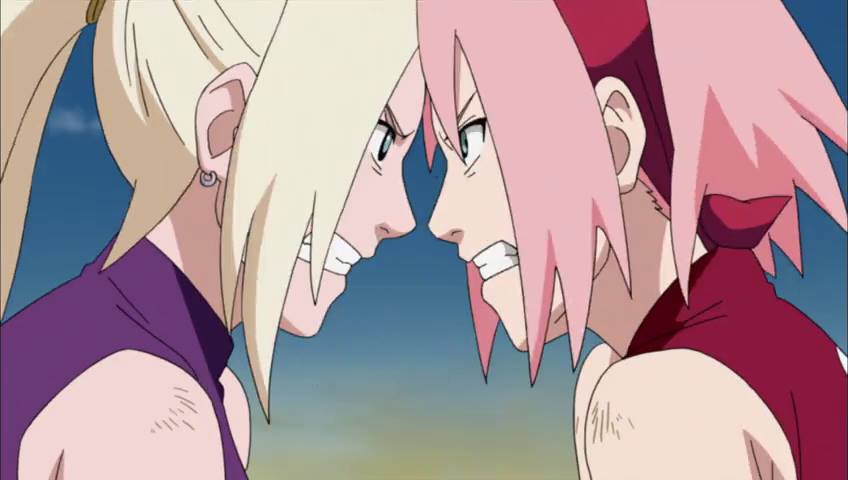 This week’s episode of Naruto Shippuden was about Ino Yamanaka and Sakura Haruno. The two female characters have been best friends as well as rivals from the start, and it was nice to see them working together to become stronger over the years.

When I first got to know about Ino through the Naruto anime, I didn’t take her for a complex female character. To me she felt like someone who pined after Sasuke just so Sakura could have a rival in the story. The two even battled each other during the first Chunin Exams, which ended in a draw. But as the anime and the manga continued, I got to know that deep down the two shared a very strong bond of friendship. They were indeed rivals when it came to who was stronger than the other, but they were also more than willing to put their lives on the line to protect each other when needed.

“The Place Where I Belong” focused more on Ino rather than Sakura. While Masashi Kishimoto always talked about Sakura feeling weaker than Naruto and Sasuke, the anime revealed that Ino went through the same ordeal with her team. Compared to her teammates Choji and Shikamaru, she felt that she needed to train harder to catch up to them. She didn’t want to be the weakest one in the group. I’m liking the filler’s focus on female characters. Last week was about Tenten and this week we got to know more about Ino.

Due to Ino being from the Yamanaka clan, she had to learn a special secret ninjutsu and lead her people when she grew older. I liked how the flashbacks showed a young Ino not wanting to train for years to learn a new ninjutsu. She wanted to take the easy way out and get stronger immediately to show off to Shikamaru and Choji. The episode also showed her motivation behind becoming a medical ninja like Sakura. Ino wanted to become a nurse to get Sasuke’s affection because, according to Choji, men from all around the world liked nurses. I know it sounds shallow, but considering Ino was a child at the time it kind of made sense. 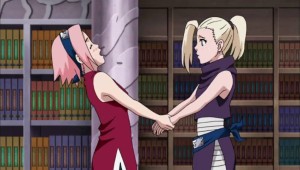 Ino went to train with Tsunade for three months and was able to revive an octopus. Sakura read books upon books about medicine during the time, and it all went to show that becoming a medical ninja wasn’t easy. It required precise chakra control and tons of medical knowledge. In the end, Ino thanked Sakura for making her understand what it meant to create a place in this world. With how things worked out Ino looked determined to learn her clan’s secret ninjutsu to help her team become stronger.

The current timeline in the anime showed Sakura, Ino and Choji battling a giant desert scorpion during the Chunin Exams. I was glad to see Sakura getting her time to shine. She was able to take out the giant beast with a single punch! A team from the Sand Village kept an eye on them and they are bound to fight it out in the next episode. I can’t wait to see how Sakura and Ino fare against the medical ninja from the Sand Village because she does look very powerful.

Did you watch this week’s episode of Naruto Shippuden? What did you think of Ino’s backstory in “The Place Where I Belong”? Let us know!