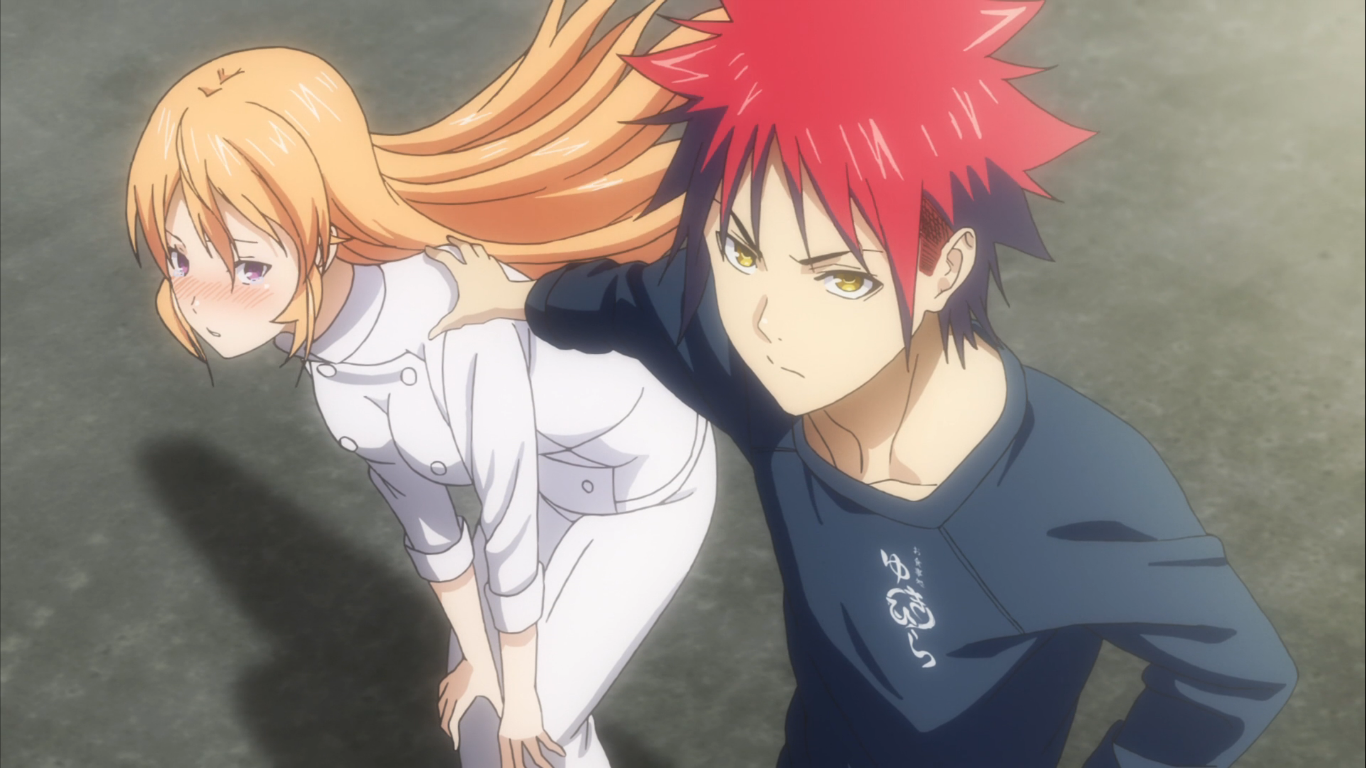 After a little bit of a hiccup, we are on to the declaration of war. After discovering that all of the other rebels have lost their battles against the Elite Ten and been expelled, Yukihira arrives at a very Yukihira-like decision. They will take over the Elite Ten and reverse Azami’s rules.

In “Declaration of War”, Yukihira pulls a Yukihira after Azami’s aide almost gleefully informs them that the other rebels have been expelled. Perhaps noting that Takumi and Megumi weren’t mentioned, Erina runs to their exam room and discovers that they passed. They are all understandably upset that all of their friends have been expelled; Erina vows to confront her father and beg for leniency, but he is unmoved. This is when Yukihira steps up and challenges Azami 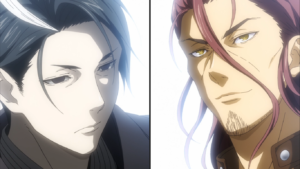 to a shokugeki for the majority seats on the Elite Ten. Azami remains unmoved…until Joichiro shows up and throws his hat in the ring, announcing that they will have a team shokugeki – or a Regiment de Cuisine – and he will join Azami’s minions if they fail.

Azami’s plan still doesn’t make one damn bit of sense, but at least it’s more clear what he thinks he’s doing. His entire plan has been related to Joichiro; he doesn’t want any chef to “wander” any more. I still don’t understand what makes him think he is the end-all, be-all when it comes to deciding what’s considered “gourmet” (this is something that hasn’t been addressed even yet in the manga), but for whatever reason, he thinks he’s doing people a favor. By telling people what to think and how to cook, no one will find themselves lost. Okay, Azami, whatever you say. 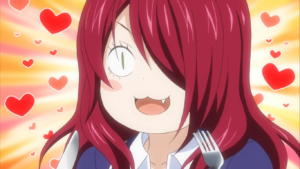 board with Azami’s plan. First, Rindo took a broad interpretation with her instructions to “battle” with Megumi and Takumi and just challenged them to make a dish that she found yummy. Considering Rindo finds pretty much everything “yummy”, they passed quite easily. Second, when Tsukasa learns about the Regiment de Cuisine, he seems apprehensive about the idea. It could be his anxiety talking, or he could see it as a huge, unnecessary waste of time.

One of the bad things about “Declaration of War” is its pacing. The pacing has been pretty rapid the entire second half of the season; sometimes it works, and sometimes it doesn’t. In this case, I don’t think it does work. There are too many reveals in this episode, and they happen so quickly that it lessens their dramatic impact.

That said, I still really enjoyed this episode, mostly because of the great character interactions. I loved how Megumi and Takumi reacted to Rindo’s “challenge”, how Yukihira was ready to back up Erina, and how Joichiro was with…well…everybody. (It really makes you wonder how Azami is so enamored of Joichiro when you see what he’s like. His fights with Yukihira and Dojima were great.) I also love how “Declaration of War” enforces the important part of Shokugeki no Soma’s overall message: teamwork. For the rebels to be successful in the Regiment de Cuisine, their teamwork has to be impeccable.

Have you guys seen “Declaration of War” (with the correct subs)? What did you think?