Shokugeki no Soma 3×18 Review: For Whom 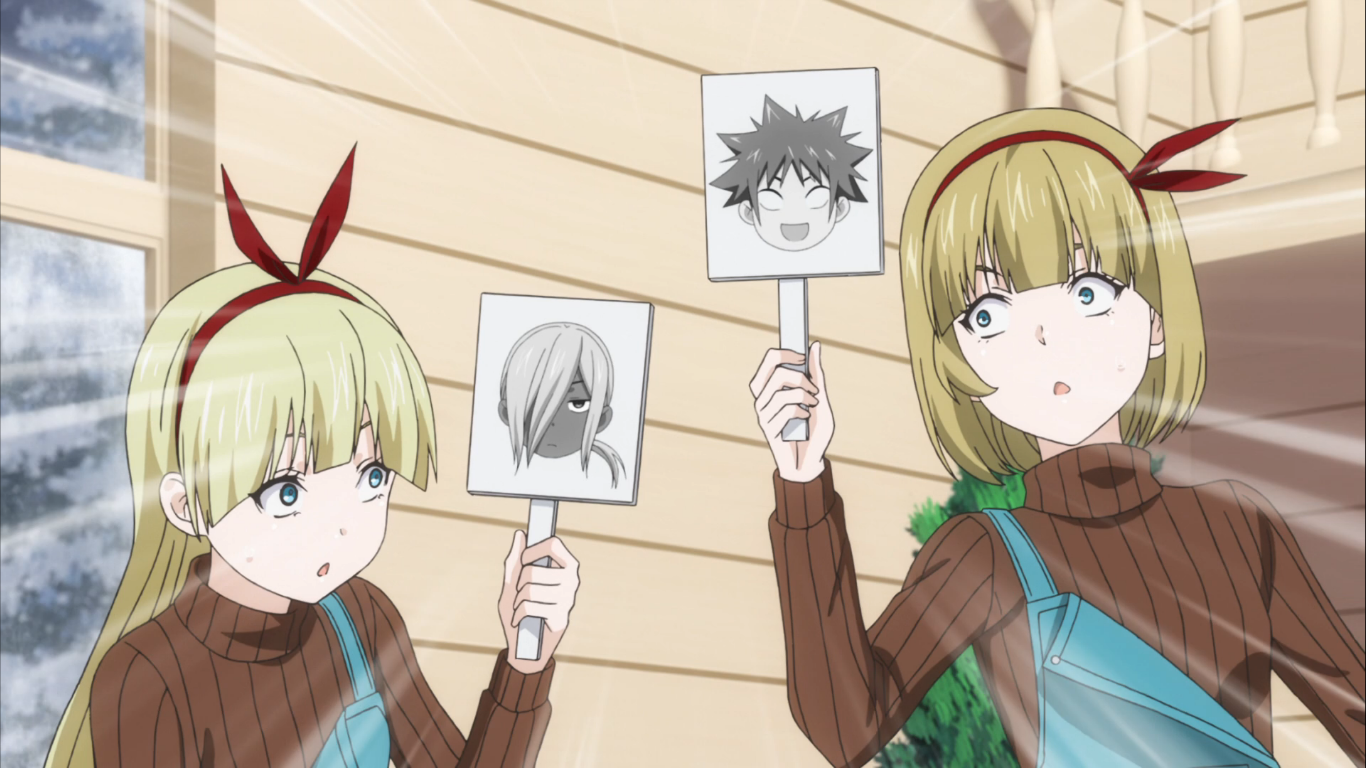 At last, a victor in the battle between Yukihira and Hayama! “For Whom” reveals who has won their competition, as well as showing us the fates of some of the other rebels as well.

“For Whom”, if nothing else, proves that a) not everyone is on board with Azami’s asinine plan for Totsuki and b) shows that there is a flaw in Azami’s theory. The deciding factor in Yukihira’s win over Hayama turned out to be the joy and passion that Yukihira exhibited in his cooking. Hayama, even though he felt like he deserved to win because his cause was noble, did not have the same zest for improving his cooking. He was arrogant in his abilities, believing himself to be above Yukihira’s skill. Whereas Yukihira was motivated simply by trying to get Hayama to admit that his dish was delicious. 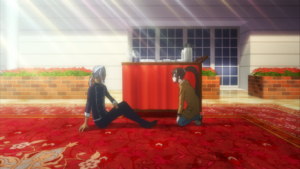 This is emphasized by the return of Jun, who showed up to smack some sense into Hayama – literally. This is quite possibly the first time we’ve seen Jun really act like a parent in regards to Hayama. Previously, we’ve been shown how absent-minded she is, and how if it weren’t for Hayama, she would forget to water her plants and feed herself. But now she shows up to tell him that the important thing to her is that he enjoy cooking and make friends, the same way she did when she was in school. It’s not his job to worry about her or the research facility; she’s the adult.

Unfortunately, for failing to defeat Yukihira, Hayama is expelled, which is yet another reason that Azami’s plan is ridiculous, because he wants good chefs, and there’s no denying Hayama is amazing. And, sadly, we learn – through montage at the end of “For Whom” – that most of the other rebels have been expelled. I would have liked to see the anime expand on this – it was a quick bunch of panels in the manga as well – because so far they’ve been speeding up the arc, and I feel like they could have devoted some more time to showing the other rebels’ matches. But keep heart, dear friends, because we didn’t see Megumi or Takumi included in the slaughter.

That said, I’m not sure how far into the next arc we’re going to get with this season, considering we still have halfway to go, but prepare for the drama and hype to be turned up to 11. The next episode is called “Declaration of War”, after all. 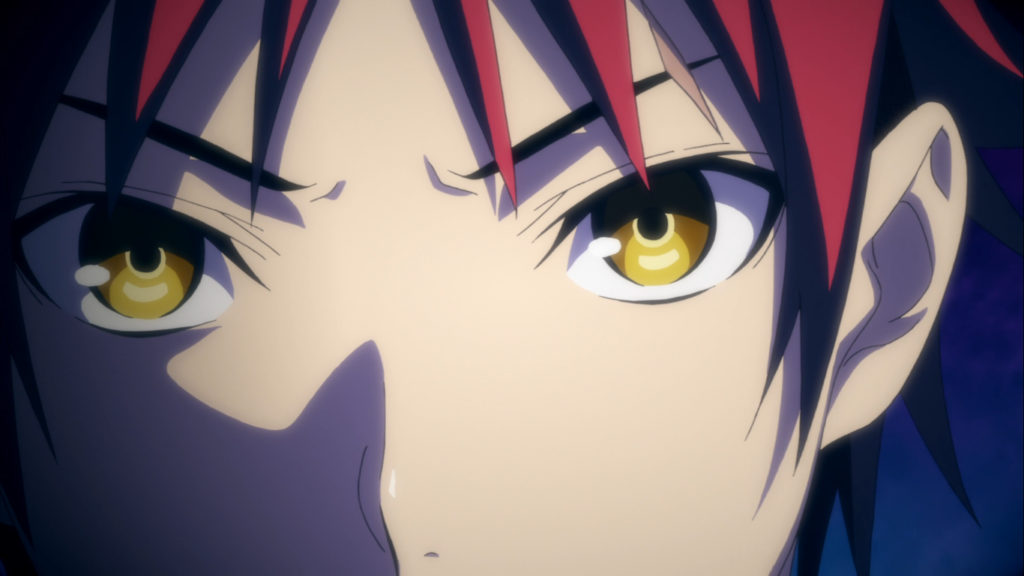 You think it’s over when Yukihira looks like this?

As a side note, the music was really on point in this episode, particularly during the scene where Hayama is testing recipes and turns around expecting to see Jun, only she’s not there.

Have you guys seen “For Whom”? What did you think?