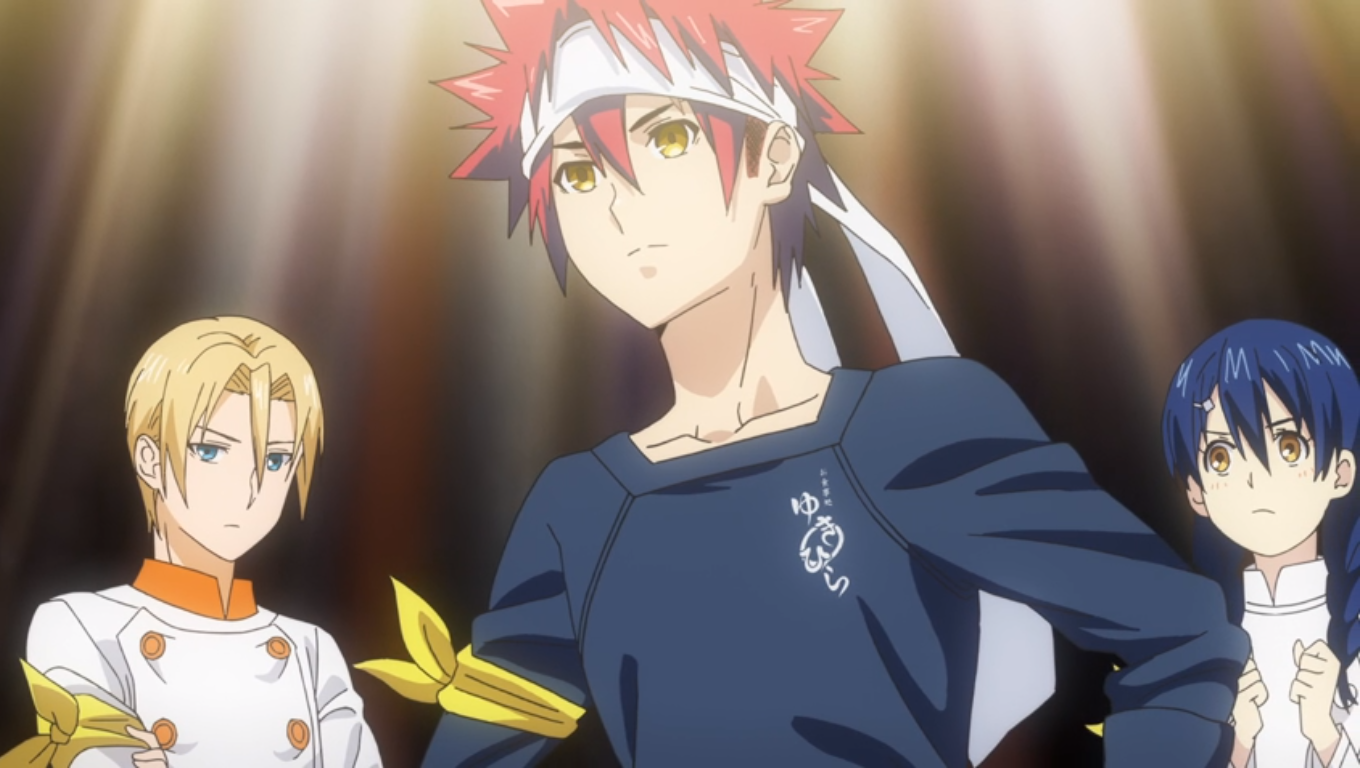 After the breakneck pace of the first two episodes, “Hope in Solidarity” slowed us down a little bit, giving us some prime character development and a small glimpse of the old Shokugeki no Soma – the slice of life moments that highlighted the series’ stellar secondary characters and broke up the tension of the succeed-or-die atmosphere at Totsuki.

On the one hand, not a whole lot happened in “Hope in Solidarity.” On the other hand, that’s not necessarily a bad thing. For starters, we got to see exactly why Kuga was so focused on a match against Tsukasa – and exactly what kind of person Tsukasa is (off in his own world, oblivious to those around him). For Kuga, it’s mostly a matter of pride; it isn’t so much that he wanted to beat Tsukasa, it’s more so that he wanted Tsukasa to acknowledge him rather than dismiss him. 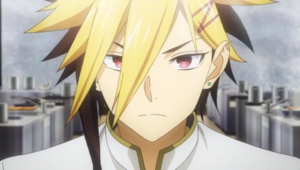 Naturally, Kuga loses his match, but he at least gets an acknowledgment of sorts from Tsukasa. The thing is, though, that as much as I love this series, it is extremely formulaic. Tsukasa is basically the final boss for this arc. There was no way he was going to lose to Kuga, no matter how much Kuga wants it, no matter how much shonen loves a rematch (or an underdog). It’s hard to get invested in the match when you’re 99.9% sure of the outcome. I do like that they at least focused a little on Kuga’s dish and mentioned that he had adapted and grown as a chef.

Speaking of formulaic, I’ve never quite understood the plot device of Tsukasa and Rindo being so exhausted from the bouts they had to recover. They are literally the two best chefs in the school, and they should be way more adept at dealing with the effort and the pressure than a bunch of first years; yet Rindo actually collapses and needs to be helped back to her room, and everyone else is fine. I know it’s a whole thing about “weakening” your opponents, and Erina even mentions it specifically as a battle tactic, and you can’t exactly just have those two KO’ing the members of the rebel squad, but it doesn’t make sense. 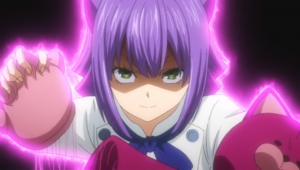 We’re not introduced to Momo in “Hope in Solidarity,” since we’ve met her before, but this is probably the first episode where she has any significant amount of screen time, and it’s interesting to see what kind of person she is. She likes cute things, and she gives everyone cute nicknames because it’s her way of looking down on them. You’ll also notice she even gave those cute nicknames to her fellow members of the Elite 10. She’s a little bit different from the others, but you’ll notice an overwhelming theme among the members of Central and the Elite 10 is their extreme belief everyone else is beneath them.

Which, honestly, makes it even weirder to me that Rindo sided with Central. It doesn’t fit her personality at all.

Anyway, one thing I really loved about “Hope in Solidarity” is, as I mentioned before, the return to what made Shokugeki no Soma great. The brief interlude we got, with the first years in the hotel, where they were just being regular kids and playing a card game, was fabulous. Erina backseat driving with Alice, Kurokiba flipping out and demanding a rematch when Yukihira won… It was a simple scene, but it was my favorite of the episode. This is what I enjoyed so much about the series, and this is what I’ve missed the most since the Regiment de Cuisine arc started.

That said, the little moments of humor still get me. Yukihira briefly grabbing “sushi” for his match with Saito before it blew out of his hand was priceless. Eizan still makes the best faces. It’s nice to know this series can still make me laugh.

“Hope in Solidarity” ends by hyping us up for the next three battles – Saito vs. Yukihira, Eizan vs. Takumi, and Momo vs. Megumi. You know all three third years aren’t going to win, but at the same time, you know Yukihira isn’t going to lose. So place your bets, everyone, on whether you think Takumi or Megumi is going down.