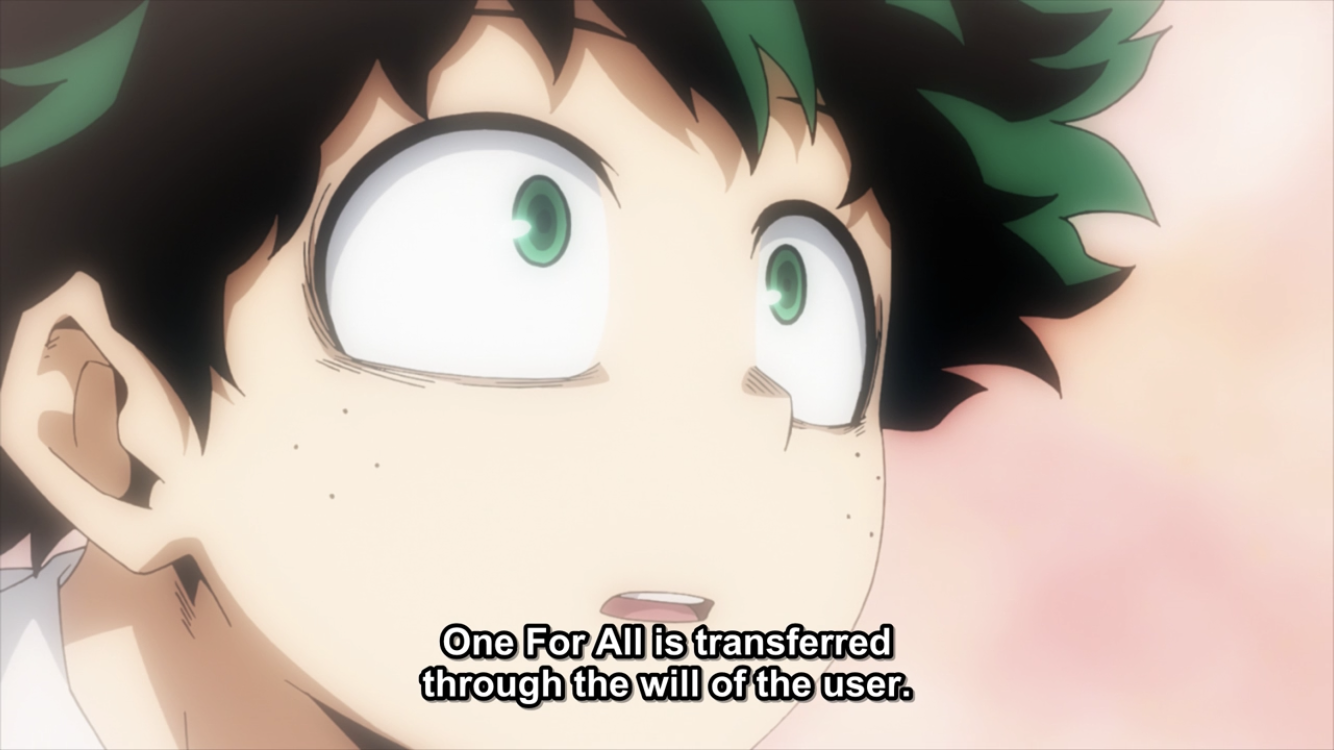 The third episode of season 4 of Boku no Hero Academia titled “Boy Meets…” was another set up episode with more heart but less action.

I’m going to start each review with my spoiler disclaimer. Yes, I’ve read the manga, but I’m going to keep my reviews as clean as possible in regards to content from the manga. While I may occasionally vaguely fangirl about things without providing detail, the comments will be the wild west, so proceed with caution there. That said, onto “Boy Meets…”

This episode was fairly low on action, but that’s one of Boku no Hero Academia’s strengths in the shonen genre. It’s not always about heroes and villains going head to head and fighting all the time. There’s a heart to it that comes in the quiet moments. In this case, we get a glimpse at Sir Nigtheye’s heart, what makes him tick, and how our protagonist once again charms people who are otherwise difficult to please.  Midoriya just has a way about him that disarms people’s well-constructed walls. This time he managed to get chosen by Sir Nighteye for an internship despite not quite ‘passing’ the test that was presented to him at the start.

Midoriya isn’t the only one who’s headed into an internship, however. While hanging out in the UA dorms, we’re given hints about some of the other students and their prospective opportunities. One of particular note here is Tokoyami, who has been requested by current number two hero Hawks. You can tell just by his vague and shadowed introduction that he’s going to be a big deal.

Hawks is one of those characters that’s hard to avoid in fandom, especially if you are an anime-only person who is trying to avoid spoilers. There was a brief time where I was in that camp, but my timeline on Twitter was swamped with Hawks fangirling. His fan base is fairly impressive, and he’s here now. He’s animated and he’s being introduced to another huge chunk of fandom. So have at it, fangirls. There’s a huge and lively sub fandom who is eager to provide you with content.

This scene in “Boy Meets…” also provided me with, like, two seconds of Aizawa. And yeah, I’m an Aizawa fangirl and have said from the start here that that’s going to slip in. So please enjoy this screenshot of him that barely relates to the review for the sole reason that I compulsively screenshot when he’s on screen like it’s some sort of nervous tick. 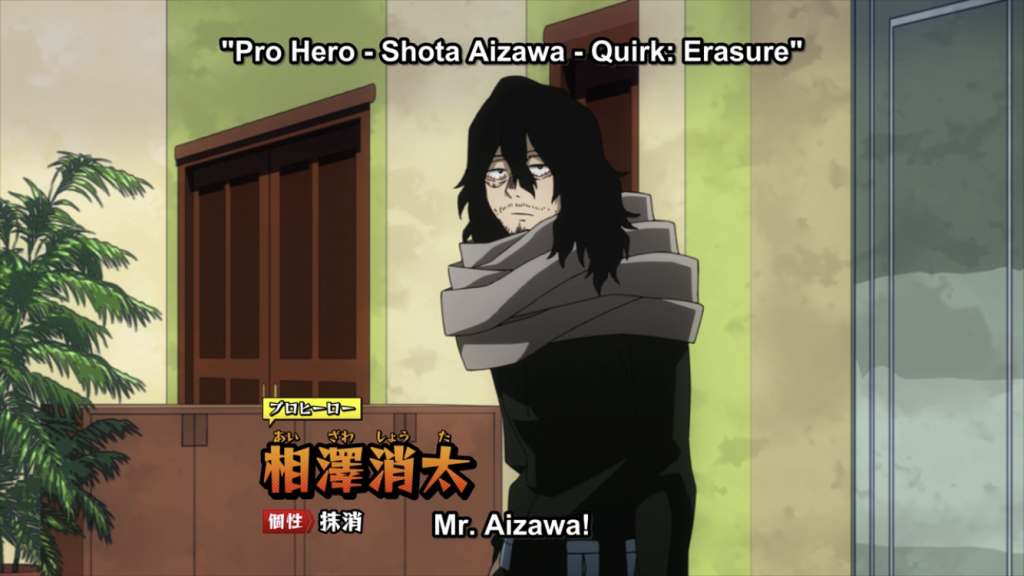 I would apologize for the off-topic Aizawa inserts in my reviews, but I’m not at all sorry.

Boku no Hero Academia’s strength is its characters, and we have a lot of new ones being thrown at us right now.  Sir Nighteye, Mirio, Amajiki, Nejire, and so many more.  Perhaps that’s why this arc is so near and dear to me. It opens up the world even wider and lets the narrative’s strengths shine through.  As things really start heating up, I would not be surprised if I start waking up in the middle of the night to watch it the moment it becomes available on Crunchyroll. It’s just that good.