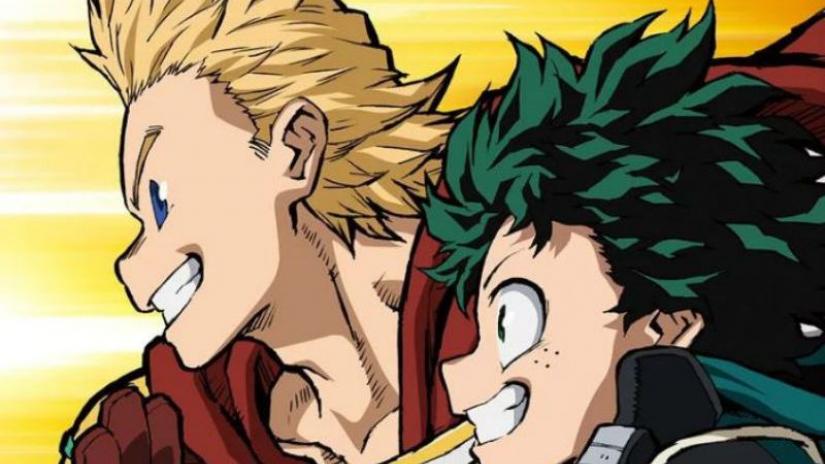 Boku no Hero Academia season 4 is only three weeks away and I was getting kind of antsy about no official announcements coming from Crunchyroll about it. Thankfully they just dropped the news that they’ll be doing simulcasts starting on October 12th!

Yesterday we posted about Crunchyroll’s 2019 Fall line up and noticed that Boku no Hero Academia season 4 was curiously not listed. It’s even more curious considering that Funimation made this particular announcement the headliner for their Fall schedule.  My paranoid mind started to panic. Did they lose their license? Oh no! But it’s all fine, guys. I’m just impatient and all is well.  We’ll get to enjoy our simulcasts as usual.

This season should be especially exciting as it will cover one of the most popular arcs of the manga thus far.  We’ll be introduced to a ton of new characters, both heroes and villains, as well as getting to know the Big Three that were introduced at the end of last season even better.  We’ll also be introduced to one of my favorite characters, Eri, so I’m personally super invested in this arc and can’t wait for the anime audience to get to know her like us manga folk do.

The villain world teeters on the brink of war now that All For One is out of the picture. Shigaraki of the League of Villains squares off with Overhaul of the yakuza, vying for total control of the shadows. Meanwhile, Deku gets tangled in another dangerous internship as he struggles to keep pace with his upperclassman—Mirio.

For those who can’t wait to get introduced to this arc, you can catch up by reading the English language manga through Viz.  Can’t get enough of this universe?  Or, like me, are you a big time Aizawa Stan?  Then check out Vigilantes as well.  Plus Ultra!