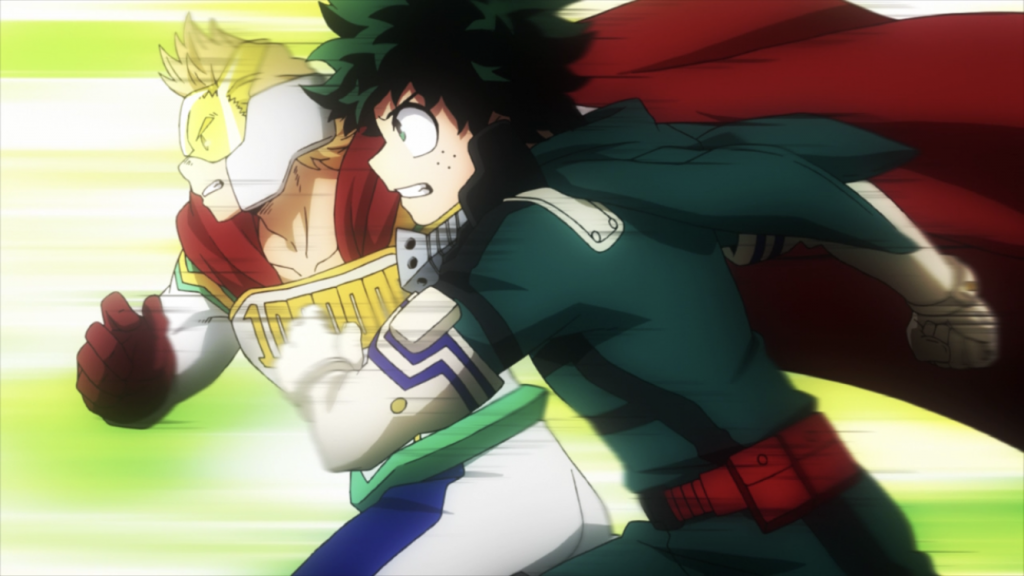 ‘GO!!’ was ultimately about the smaller moments.  Boku no Hero Academia’s strength is in its quieter character-focused scenes.

’GO!!’ follows the work study students in the lead-up to the mission to rescue Eri. Let’s not forget that these are teenagers, and even though they have their hearts set on being heroes, this is a monumentally emotional assignment they’ve been given.  They can be brave and determined, but they are still young and this is a mission to rescue an abused child.  Emotions will run high.

Midoriya and Mirio are particularly affected by the task ahead. While Nejire and Tamaki keep an eye on Mirio, Midoriya has Iida and Todoroki to give him comfort.  Iida is the first to offer him support, using the same words that Midoriya used on him when he was emotionally compromised a few seasons ago. Iida is a good kid.  He can be overbearing and a bit of a perfectionist, but he cares about his fellow students. And he takes his leadership position as Class President incredibly seriously.

When Midoriya breaks down crying and then apologizes for it, Todoroki steps in to assure him that heroes do cry.  It’s something he needs to hear as he’s prone to wearing his heart on his sleeve.  Todoroki knows this.  Ever since the Sports Festival, he’s been particularly drawn to Midoriya and this is something he has noticed and accepted about him. And most importantly, he supports him when he shows his vulnerability.

If you are about to ask if I ship them, the answer would be yes. And this sort of sweetness is why.  They lift each other up in perfectly complimentary ways.  But I digress.  Enough ship talk. For now.

While “quiet” and “Bakugo” mix like oil and water, he too has a character moment.  While everyone seems to be noticing that the work study kids are hyper focused during hero classes, he shouts at them and demands they tell him “what they learned.”  This is Bakugo and shouting is how he shows affection. 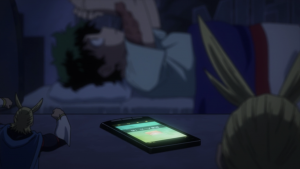 Then the alert comes in and our work study students spring into action. The call comes in the middle of the night and our groggy gaggle of heroes heads out to join the pros and rescue Eri.  It’s time.

Again, the quiet moments here are what got me.  Midoriya unable to sleep, Ochaco’s bed head, Nejire yawning.  Each second bit is brief and inconsequential to the plot, but the characters are why I tune in every week.  They feel so real to me.

But the quiet moments are over for now.  ‘GO!!’ ends with the beginning stages of the rescue operation, which immediately starts to go off script when it’s clear Chisaki’s crew was anticipating their arrival.  But even with it going off the rails right out of the gate, the team is determined to make their way through the hallways to Eri.  That’s all that matters.  Save the kid.

And with that I’ll leave you with the obligatory gratuitous picture of Aizawa. Please enjoy the action shot.  See you next week. 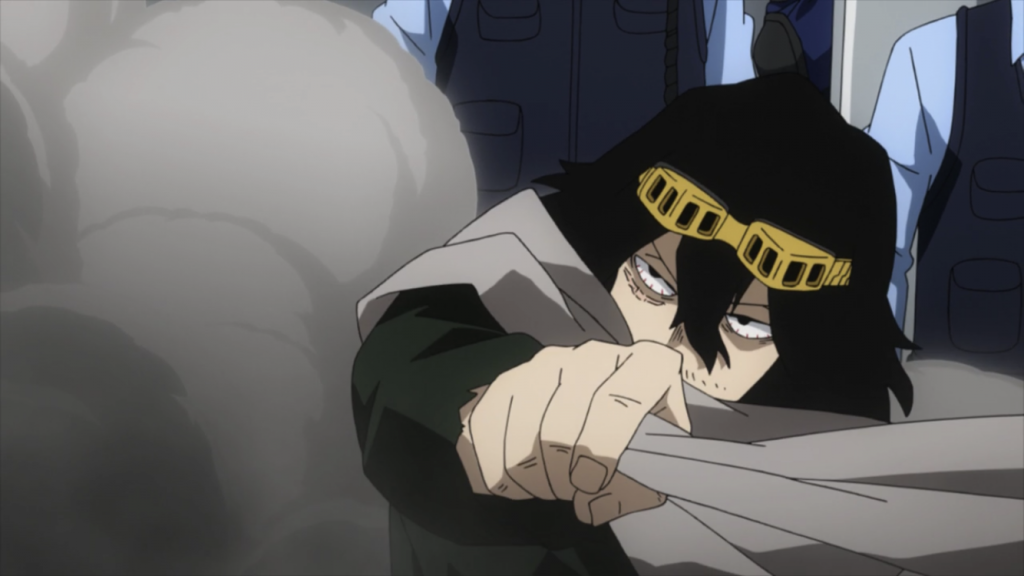 Previous:BNHA 4×6 Review: An Unpleasant Talk
Next: “Boruto: Naruto Next Generations” 1×134 Review – ‘The Power to See the Future’