The first episode of Boku no Hero Academia season 4 was an anime exclusive story that acted in part as a summary episode focusing on class 1-A, but also as a way to ease into the world post All Might’s retirement.

We get the summary portion of the episode with a reporter being granted access to interview Class 1-A, ostensibly to write a piece on their new dorm life.  His ulterior motives are revealed fairly quickly, however, as he’s really there to confirm his suspicions that Deku is All Might’s successor.  Once confirmed, instead of using that information for his article, he chooses to keep Deku’s secret and implies that he hopes to write a book on him someday.  It’s a quality little mini story that provides a lot of reminders of the major events that have led us up to this point.

However, the more dramatic function of it all is seeing how the world is dealing with post-Hero All Might.  We spent the latter half of last season in that world, but the narrative focused primarily on the licensing exam arc.  Deku picks up on the journalists’ unease, noting that it’s “seeping into society.”  The world feels just a bit less safe without the Symbol of Peace.

We also see just how adored All Might still is, despite his retirement.  The Journalist’s Editor-In-Chief calls Yagi “cute,” even though he looks vastly different from the Hero they all knew the past couple of decades.  He’s emaciated, but still beautiful.  He’s also greeted by a grateful fan in the convenience store who happily gives him their entire stock of meat buns.  The world is nervous without All Might as their number one Hero, but they still love him.

We went into this episode knowing we weren’t going to really move the plot forward, but that doesn’t mean we didn’t get anything new.  We got the new OP and, like its predecessors, it bops.  It doesn’t bop as much as Uverworld, but I’m going to be stuck on that particular OP for a while.

The opening highlighted all the things I’m excited about this coming season: Eri, Tamaki and the other Big Three, Sir Nighteye, and Fat Gum’s agency.  And, most importantly for this blatant Eraserhead stan, it had a couple split second shots of Aizawa.  And look, these moments were brief and I took a lot of screen shots attempting to capture it, so I’m going to have to subject you to this shot of Aizawa sitting dejectedly on a rock from the OP. 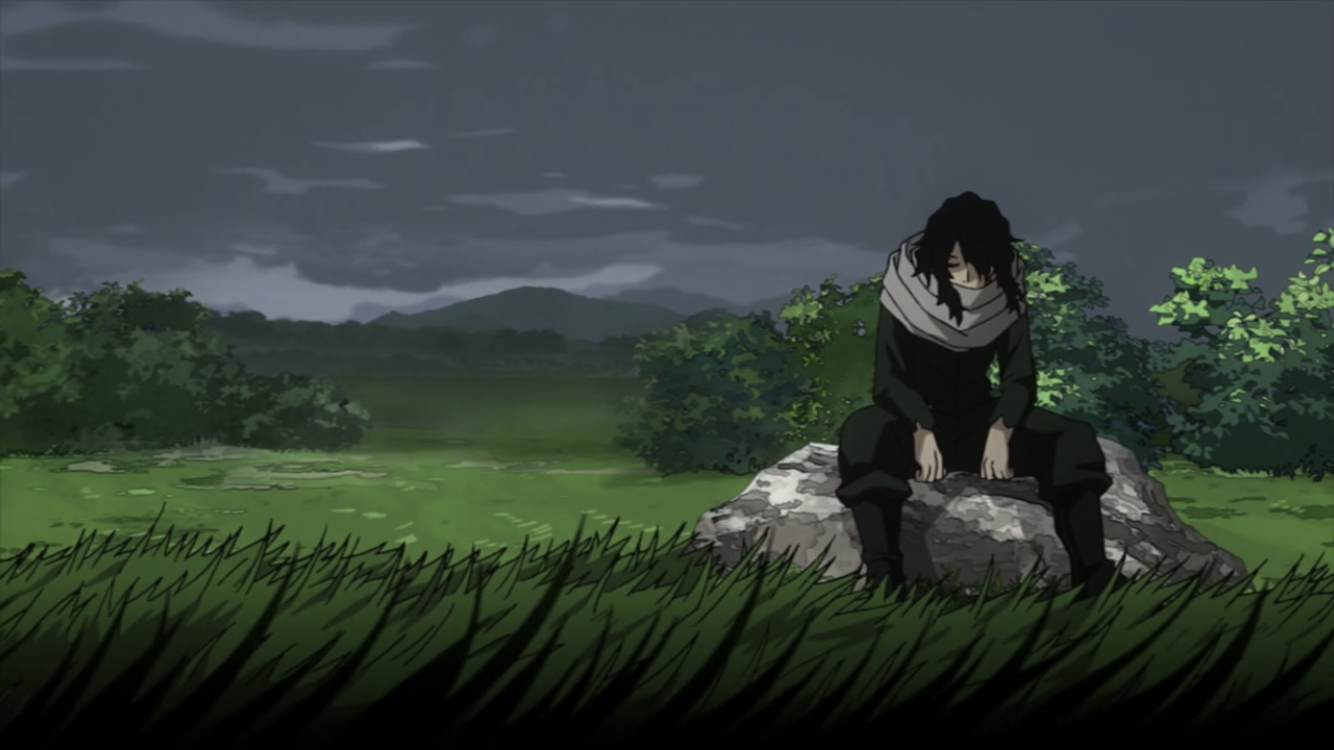 If you end up following my reviews this season, beware that I am an Aizawa stan, so random moments of obsession over my beautiful sleepy grumpy cat-loving teacher man are going to be a thing here.  If I’m not going all heart eyes over him, you can assume I am dead.

I do hope you’ll stick around for my reviews this season.  This is by far my favorite arc from the manga with many of my favorite characters.  So let’s buckle up and get ready.  Plus Ultra!