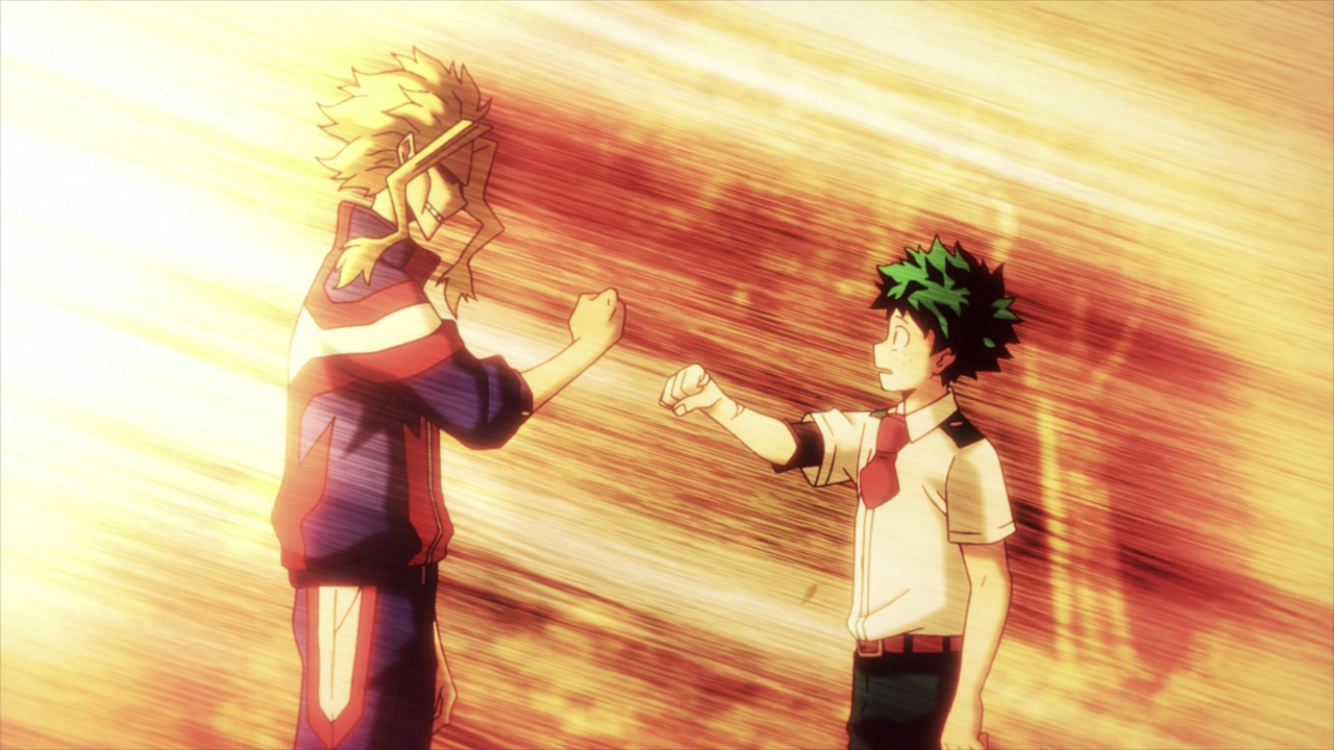 The fourth episode of season four of Boku no Hero Academia, “Fighting Fate,” does two things: introduces us to Eri-chan and highlights just how messy All Might’s interpersonal relationships can be. 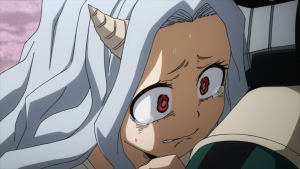 The first part of “Fighting Fate” is all about introducing Eri.  She quite literally stumbles into Midoriya and Mirio’s lives, slamming into Deku as she seemingly tries to escape from Overhaul’s custody.  They both recognize Overhaul immediately, but Deku can’t let go of his hero instinct long enough to extract himself from the situation.  Mirio tries to give them an opening, but Midoriya just can’t let Eri go.

But the encounter is over as quickly as it began, with Eri choosing to end it by giving herself up to Overhaul.  She knows he could kill them, and her own drive to save their lives overrides her fear of being back with Overhaul.  In a way, she’s like Midoriya in this regard.  Neither are immune from fear, but something deep inside them wants to save others even if the cost is their own safety.  My heart breaks for Eri here, as she’s way too young to have to make those kinds of decisions. She should be enjoying her childhood, and not willingly sacrificing herself for others.  It’s all so incredibly painful.

Once this segment is over, we get an interlude of Midoriya struggling in school as his thoughts are consumed by Eri.  And this, my dear readers, is where my gratuitous screen shot of Aizawa comes in for the week.  This was the only bit he was in, so yes, I’m going to slap this picture down and make you all look at it with me.  LOOK AT IT.  IT’S AIZAWA AND HE’S AMAZING. 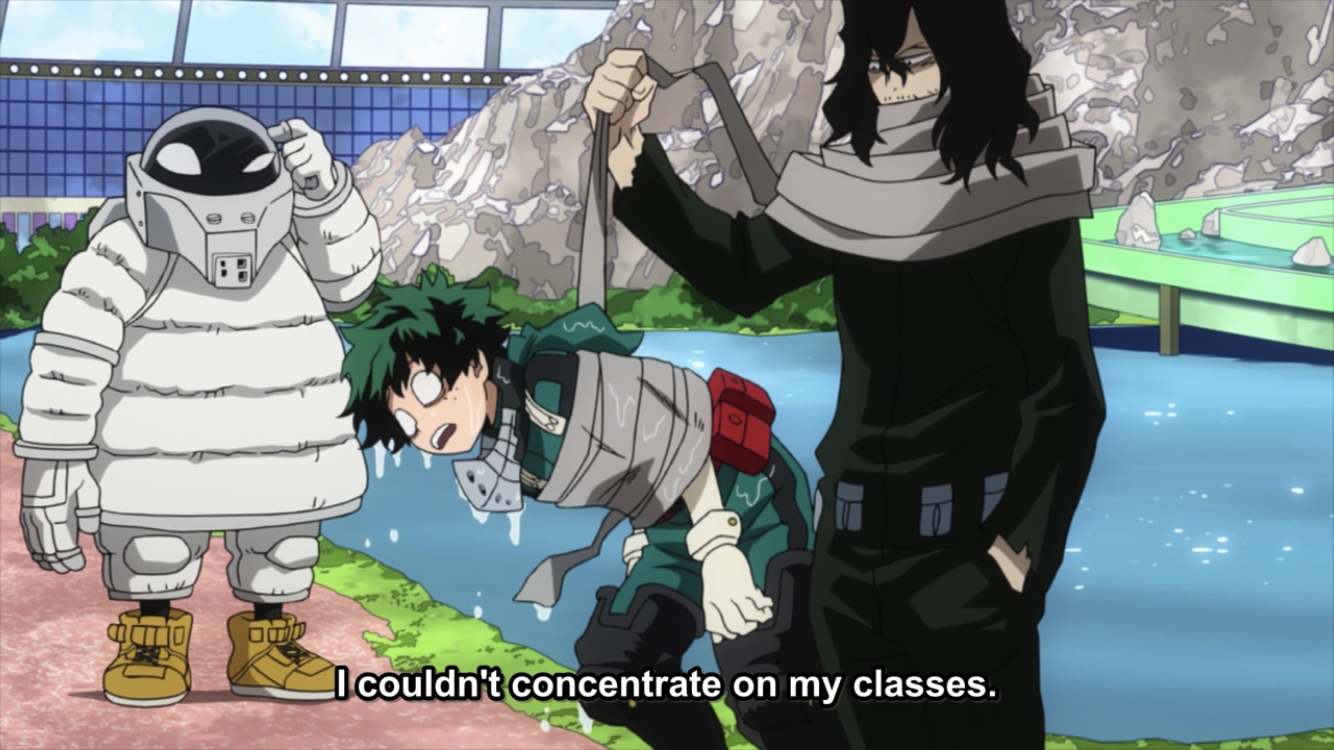 But anyway, back to the actual review…

The latter half of “Fighting Fate” focuses on All Might and all of his imperfect, messy, and surprisingly human interpersonal relationships.  First and foremost, he and Midoriya hit a rough patch.  All Might kept vital information from him regarding Sir Nighteye, One for All, and his impending death.  He kept it from him with the best intentions, but it’s still painful for Midoriya to feel like his idol basically lied to him by omission. 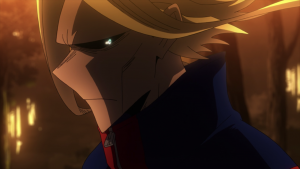 All Might comes clean here, however, and explains everything he’d been withholding from him about these subjects.  He and Sir had a falling out about his fate and chosen successor.  Sir had seen his death by using his quirk and wanted him to retire then and there, but All Might refused.  Additionally, Sir wanted Mirio to be his successor, but All Might and Midoriya’s encounter on the street back at the very start of the series drove him away from making this decision.  This makes Midoriya choosing to go to Sir’s agency for an internship all the more awkward.  There’s bad blood on this topic.

All Might’s impending death hits Midoriya hard.  If nothing changes, he’ll die in about a year or so.  But it’s also possible that enough is different now from Sir’s vision that he could keep on living.  This leads to a tear-jerking moment where All Might tells Midoriya that he’s essentially his main reason for living beyond his foreseen demise.  He promised Midoriya’s mother that he’d raise him and look after him, and he intends to keep that promise.

This was an amazing and emotional episode, and I can’t wait for the rest of the season.  This is by far my favorite arc of the series and so far it’s translating incredibly well to the anime.  This was well worth the extra long wait between the two seasons.