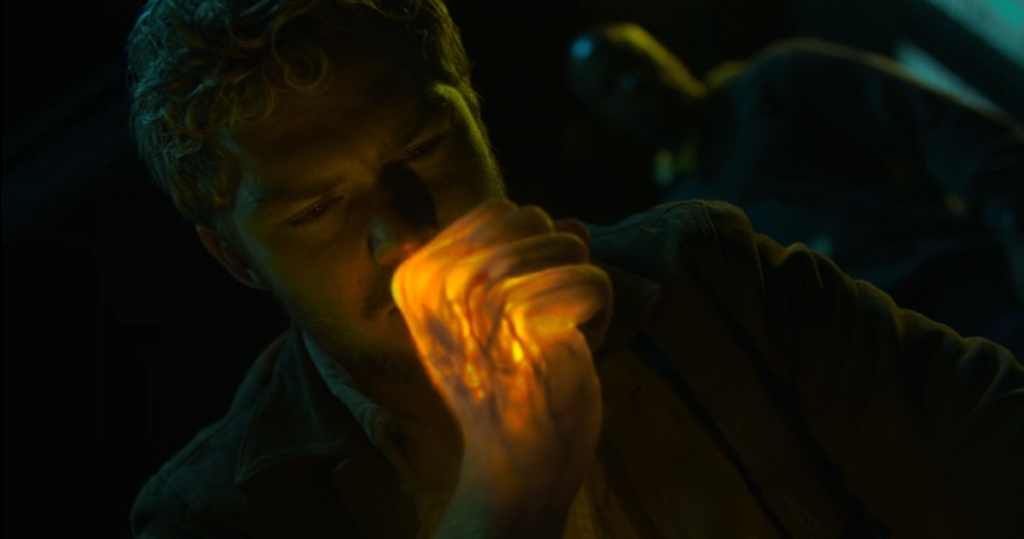 Keen eyed Geekiary readers may have noticed we haven’t done a proper review of Iron Fist like we do for most of the other Defenders. In fact, we’ve been rather critical of him when we mention him at all.  So it shouldn’t surprise you that while watching The Defenders, most of us are pretty thrilled that he gets called out on some of his crap.

A more general review of The Defenders will happen soon, but right now I want to talk specifically about Danny Rand, particularly his interactions with Luke Cage.  Very early on in the show the two characters are introduced to one another, and things to do not go smoothly.  While Luke is attempting to save a low level criminal, Danny Rand completely fails to see the nuances of the situation and wants to take down anyone who he remotely sees as an enemy.  It’s a very black and white way of thinking and comes from a place of privilege.  Luke calling him out for it was eloquent and much needed, both within the Marvel Cinematic Universe and our real world.

The Defenders was written and wrapped filming long before Charlottesville happened.  But if it hadn’t been released while that was in the national headlines, I’m sure there’d have been something else that would correlate to the themes of racial inequality and white privilege.  In our current political climate the racial tensions in our country have been grabbing far more headlines than usual.  More protesters are showing up at rallies across the country.  More news outlets are aiming their cameras at the issue and are being called out for their biased headlines.  More people are talking about it everywhere you look and long-standing institutions are being forced to confront these issues at a rapid pace.  How many confederate statues have been torn down in the last week? I’ve lost count.  So for a major Marvel property to call out one of its own characters for their rich white male privileged way of thinking is a very big deal.

Just look at this dialogue from episode 3 of The Defenders:

Luke: I just want to help.

Danny: Me too. That’s what led me to that warehouse.

Luke: You call that helping? You were going to beat that kid within an inch of his life.

Danny: Come on. I wasn’t going to kill him.

Danny: The Hand is dangerous. They murdered my parents – invaded the city I was sworn to protect.

Luke: That kid’s got nothing to do with all that.

Danny: Of course he does. He works for them.

Luke: He needed a job.

Danny: That’s not an excuse.  You never fought someone to protect someone else?

Luke:  Of course I have.

Danny: Okay, so what’s the difference?

Luke:  The difference is, I live on their block. The difference is, I’m not some billionaire white boy who takes justice into his own hands and slams a black kid against a wall because of his own personal vendetta. Yeah, Claire told me about you on the way over here.  Not all the mystical parts, but everything else.

Danny: The money? That doesn’t define me.

Luke: Maybe not. But that kid is sitting in a jail cell tonight and you’re not.

Danny: Neither are you.

Luke: Not this time. But I’ve seen my share of injustice.

Danny: The guy in the white hat? He’s just the beginning. You’re not thinking about the bigger picture.

Luke: And you’re not thinking about anyone other than yourself.

Danny: Hey, you know nothing about me.

Luke: I know enough. And I know privilege when I see it. 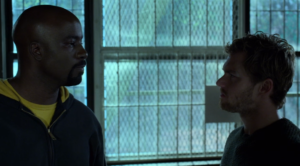 This entire scene was incredibly powerful and well done.  It didn’t frame Danny as a bad guy.  Claire even repeatedly stresses the point that they are on the same side.  Danny isn’t bad.  He’s just privileged and can’t see that.  Because of his privilege he can’t understand why someone who is otherwise a good person might take up a job with a nefarious organization.  He doesn’t understand that sometimes people have to do morally ambiguous things in order to survive.  While he has had his own share of hardships, he’s never been put in this position because his status as a wealthy able-bodied white man in society has afforded him privileges that many others simply don’t have.

The MCU is full of complex characters with strengths and weaknesses, but I’m hard pressed to find another one who is so out of touch with his own privilege.  Captain America, another white man, is known to consider multiple views and consider his ‘enemies’ carefully.  Of course, he wasn’t always able bodied and came from an impoverished background, so perhaps he isn’t the best example.  But take a look at Tony Stark, who is one of the most privileged characters in the MCU.  He’s learned lessons over the course of his films that gave him a better perspective on those who are not as fortunate as him.  While he’s cocky, he is shown to empathize with people who are on the ‘opposite’ side.  Hell, most of Captain America: Civil War was him reconciling that very issue with his own need for revenge.  It was a struggle, but in the end we have a Tony Stark much more capable of seeing nuances in situations.

These characters have had a lot more time to develop, though.  Maybe this confrontation with Luke is Danny’s first step towards becoming a better hero.  I’m not sure if Luke’s words really set in for him, but I hope they did. I hope that any future Iron Fist appearances in Defenders properties include him being able to have a more nuanced and empathetic view towards those he’s opposing.  It’ll make his character a lot more enjoyable all around.

One thought on “The Defenders: Calling Out Rich White Male Privilege”