Digital Monsters Getting Another Reboot with ‘Digimon Universe: Appli Monsters’ 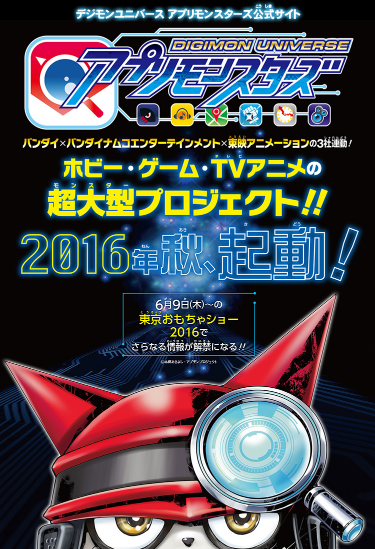 The Digimon franchise is getting another makeover come this fall. A new animated series titled Digimon Universe: Appli Monsters has been announced.

Digimon, short for Digital Monsters, were first created back in 1997 and since then the franchise has gone through a lot of reboots as far as the anime is concerned. Unlike the Pokémon anime which stuck with Ash Ketchum and his partner Pikachu as the main protagonists, Digimon kept changing the story and characters over the years.

Out of the six released series, I only remember watching Digimon Adventure in its entirety. While I kind of occasionally watched a few episodes of Digimon Frontier and Digimon Data Squad, the rest I skipped.

Now the Digimon franchise is coming back with a seventh anime series titled Digimon Universe: Appli Monsters. According to Gematsu, the project was officially announced by Bandai, Bandai Namco Entertainment, and Toei Animation. It is being referred to as a “cross-media” project. The anime will start airing sometime this fall. It will be accompanied by toys, card games, and other related merchandise.

The upcoming project will focus on “Appli Monsters” or “Appmon” that live in smartphone apps. Fans can expect more information to be released during the Tokyo Toy Show on 9th June, 2016.

The use of smartphone apps does sound interesting to me. Judging by the released poster I think all Appmons will be categorized according to various app functions. Some of them might be able to use sound to attack, some might be able manipulate time, while others could be good at finding things, etc.

Are you excited about Digimon Universe: Appli Monsters? Let us know!