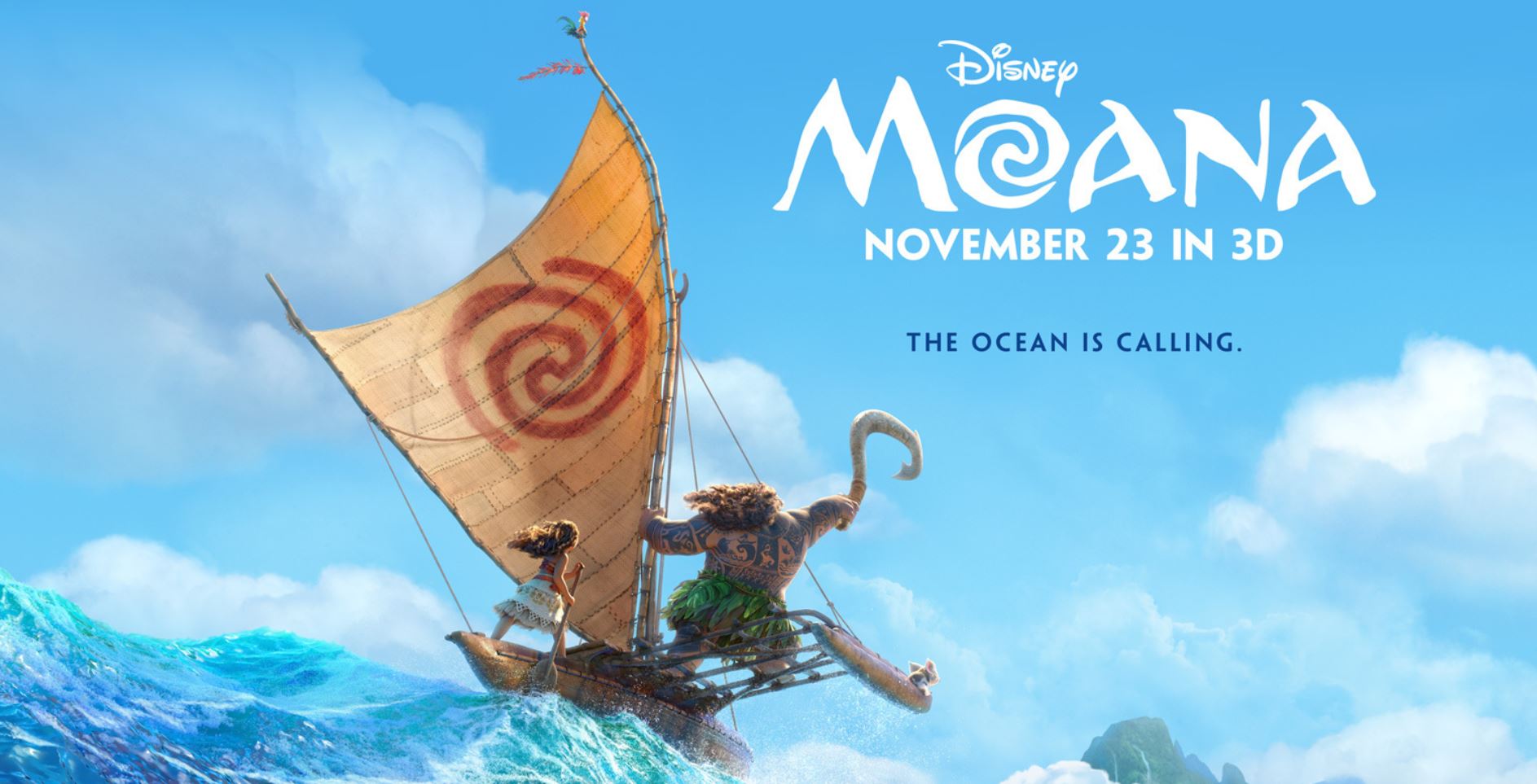 Fourteen years ago this week, Disney released Lilo & Stitch, their first animated feature film set in Hawaii…and now we get to look forward to another Disney movie set in the Pacific: Moana! Disney released the Moana official teaser trailer just a couple of days ago, and not surprisingly, it made me even more excited for this movie.

This isn’t my first bout of excitement over Moana, though – last year when Disney announced that a Hawaiian native, Auli’i Cravalho, would be playing the lead character, I think just about everyone who knew they were making this movie was ecstatic that they had properly cast a POC role. And knowing now (thanks to the Moana official teaser trailer) that Lin-Manuel Miranda of Hamilton fame is involved in the movie’s music, I’ve already started my countdown to the film’s release on November 23rd of this year.

Check out the Moana official teaser trailer below:

The trailer mostly highlights the character of Maui (voiced by Dwayne “The Rock” Johnson), who is a pretty big part of the story himself, as he will be guiding the titular character of Moana on her quest to become “a wayfinder”. Because Moana is no ordinary teenage girl – she’s on a mission to save her people, and along the way she and Maui will encounter “enormous monsters and impossible odds”.

I don’t know about you, but the music sounds amazing, the CG animation looks awesome, and this movie is being brought to us by the same team who made Zootopia, which is an absolutely wonderful movie. Moana is also directed by Ron Clements and John Musker. whose credits include The Little Mermaid, Aladdin, and The Princess & the Frog. My only hope is that Moana is more like Disney-Pixar’s Brave in that the main character hopefully won’t get tangled up in some sort of love story…because I do believe fans need more Disney movies that don’t focus on that type of relationship.

Keep an eye on the official Moana website for more news about what is sure to be another great addition to this new world of Disney.