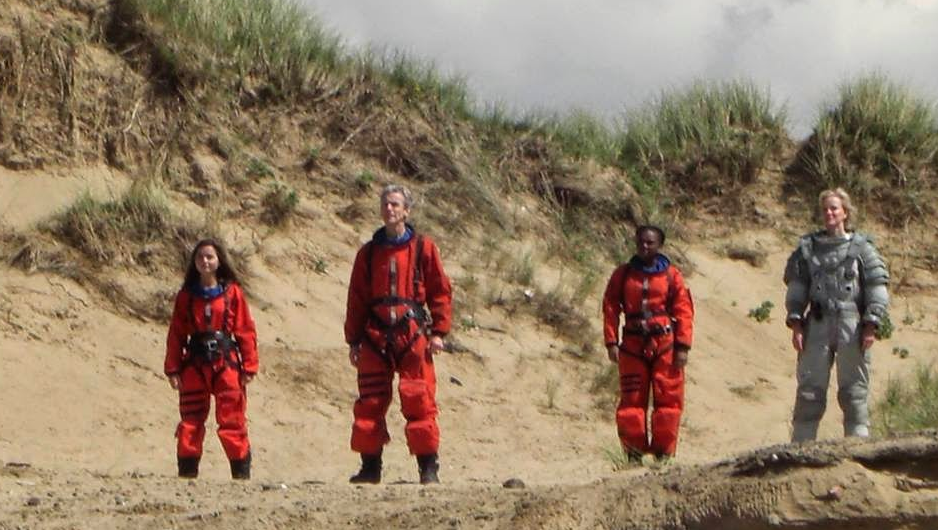 The premise of the episode was interesting, but the ultimate message of this story was extremely uncomfortable.  The story also (possibly unintentionally) made a comparison to a decision that many women face that can be very triggering and enormously personal.  At first it seemed like a step in the right direction to have such a dynamic cast of women put in the main positions of power in the episode, but when it became clear exactly what was being asked of them I felt it was an extremely clumsy, and potentially offensive, writing choice.  I really don’t know if the writer realized what he’d laid out with his narrative.  It could have been completely unintentional, but what we got was basically a space adventure with heavy abortion related themes and an ultimately pro-life message. 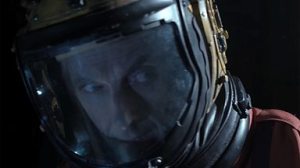 It’s not unusual for there to be moral difficulties revolving around alien life and the future of humanity.  The Doctor’s non-lethal nature is a theme that’s been coming up for a long time.  He hate guns, seemingly has a grudge against soldiers, and will do anything to keep every living creature alive if he possibly can possibly do so.  What sets this particular instance apart from the rest is the constant commentary that the life is “unborn” and will “never feel the sun” if they choose to take its life.  This takes it out of the realm of simply saving alien life and turns it into an abortion-like discussion.  The comparison isn’t perfect, of course.  A creature inside of an egg is different from a fetus inside of a mother, but the language used to describe the “baby” inside the moon made the comparison too hard to brush off.  The language used forces us, as viewers, to think of it as an unborn child and you can’t escape the comparison.

I feel like the episode tried very hard to be pro-woman.  It talked about the first woman landing on the moon, which I was pretty thrilled was a teenage WOC.  The Doctor even gets called out for assuming that the president of the United States is a man, which seems like a silly mistake for a Time Lord who has been through so much of space and time to make.  All of the main characters except for the Doctor are women.  It quickly turns to the issue at hand, though, and Clara, Courtney, and Lundvik are given the choice of killing an “unborn” creature and saving billions of lives, or letting it live and taking whatever risks might come with that decision.  Even many pro-life people (though certainly not all) will make an exception if the mothers life is at stake.  In this case the earth isn’t the creatures “mother,” but it’s very existence is still at stake if the creature is allowed to hatch.  The fact that the decision is left up to three women feels less empowering and more offensive as this is a decision that any of them may have to face in their own personal lives.  Instead of it being a personal decision, though, they have to apply their own moral code to the whole of humanity.  It’s pretty horrific. 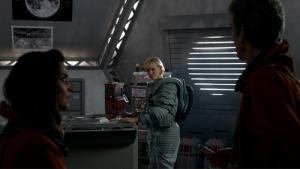 The three women decide to leave the decision up to Earth, which is a very pro-choice stance to take.  Ultimately Earth is the one that will be affected by the birth of the creature, so it’s up to them to set their own moral code.  Earth decides to save itself and kill the creature, but Clara disregards earths choice and chooses life on their behalf.  It obviously wasn’t an easy decision for her to make and she’s reduced to tears by the end of the episode, but we are still left with the message that life was the right choice.  In this case it was the correct choice and a new moon egg was laid pretty much immediately to help balance out the loss of the moon’s gravitational pull.  If that egg hadn’t been laid right away or the creature turned out to be malicious, the entire planet could have died, though.  Decisions like this aren’t easy for anyone, but the convenient resolution made the moral message pretty weak.  It worked out this time, but it could have easily ended with disaster as well.  I was left feeling like the moral that we were meant to take away from this is that life is always the correct choice.  For some that may be true, but it felt like way too heavy of a topic to address on Doctor Who.

Clara gets appropriately upset with the Doctor at the end of the episode over this whole debacle.  He’s been interfering in her life in less than positive ways for a while now and, honestly, I’m surprised she hasn’t gotten more upset at him over his constant insults.  This time he went way too far, though.  This wasn’t a fair position to put Clara in.  She’s a young woman who admitted that she wants kids and was forced to make a decision on killing an unborn child on behalf of billions of people.  This goes far beyond the typical mental stress one encounters when choosing to be the Doctor’s companion.  It forced her to confront the issue of abortion, which is a very personal decision and not an easy thing for anyone to think about.  Her tears, her anger, and her request that the Doctor leave were completely understandable.  I’d have told this Doctor off a long time ago.  I’m surprised she stuck it out this long to be honest.

I’m completely thrown by the fact that I have to put an abortion trigger warning on an episode of this show.  I really never expected to have to do that.  Alien life versus human lives is something that comes up often, but the language of the episode made it unlike any other moral debate this show has done before.  It’s going to take me a while to process my own personal feelings and I’m not sure if I could ever subject myself to watching this episode again.  Writing this review was hard enough already.  It’s not an easy topic to talk about and I’ve been taken by complete surprise that this show is the one that made me have to talk about it.  I’m not saying this show has never been serious or tackled important topics, but this one?  This is one I was not expecting.