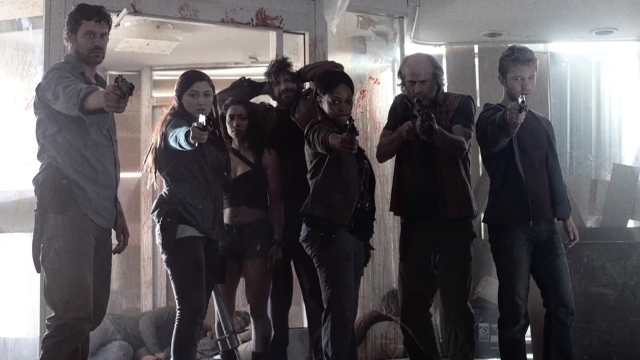 Z Nation is something I hadn’t heard of until just yesterday, but I quickly plowed through the first four episodes in one sitting because I couldn’t look away.  For the most part, the mythology could fit in with The Walking Dead nearly perfectly, but it’s tone is much more campy and fits closer to SyFy’s fan favorite original Sharknado than the aforementioned critically acclaimed AMC drama.  If you don’t believe me, next week will actually feature a zombienado.  That’s right.  There’s going to be a tornado hurling zombies at our protagonists.  I’m not sure if I’m completely sold on the show yet, but every time I’m about to give up something happens like the well delivered line “ma’am, you’ve got a finger in your hair,” and I decide to stick around just a little bit longer.

This show could seriously be taking place in the exact same universe as The Walking Dead, just in a different part of the country.  Most of the zombie “rules” are the same, including the fact that everyone is infected already and will turn when they die regardless of if they’re bitten.  The zombies also don’t look quite as aged as those in The Walking Dead, but that could simply be make-up budget, and not an actual zombie “rule” for the universe. The only major difference are the details surrounding the CDC.  In The Walking Dead, it seems like the only member of the CDC left is Jenner, who meets his end pretty early on in the story.  This seems to be the end of the CDC in that universe and all further efforts are put towards surviving in a dramatically new world.

In Z Nation it appears that there’s at least one office still operational in California, though their fate is uncertain at this point in the story.  A cure could still be possible.  There’s also an NSA agent stationed at the North Pole (played by Supernatural‘s DJ Qualls) who seems to be able to control communications far better than anyone in The Walking Dead universe has been able to.  If he existed in their universe, surely he would have picked up Rick’s transmissions at some point and responded.  A lot of these details can be handwaved away, though, and you can pretty much imagine it’s the same universe, but focusing on a different group of survivors. 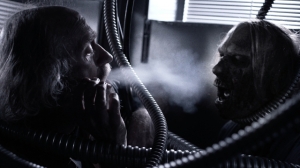 The tone, though, is pretty far removed from The Walking Dead in almost every way.  The moment that I realized this show wasn’t taking itself too seriously happened when they went bowling for zombies with the Liberty Bell.  For some strange reason the Liberty Bell is placed on the back of a truck and, even though it doesn’t make sense to haul around an extremely heavy item when you’re trying to conserve gas, they choose this vehicle to add to their convoy.  After an abrupt skid out, the Liberty Bell flies loose and mows down several zombies, leaving their lower legs standing comedically detached on the asphalt.  It became startling clear this show isn’t taking itself too seriously.  They went bowling for zombies with the Liberty Bell, for goodness sake.  You can’t get much more ridiculous than that.  Well…  actually we do have that zombienado to look forward to next week, so perhaps we can top that.  There’s also a moment where one character gives a zombie a contact high.  I wish I was making this up, but a character actually gets stoned with a zombie.  You just sort of have to roll with these things. 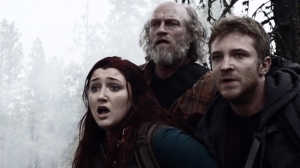 There are the beginnings of some interesting character developments, but at this point most of the characters seem to be very surface level and lacking in the type of depth that makes them relatable.  A couple years ago I would have just scoffed at this and blamed it on being a SyFy show, but they’ve upped their game with Dominion and Defiance, both of which have very deep and relatable characters and well constructed plots.  When SyFy chose to do its ‘rebranding’ a few years ago I began to doubt we’d get much beyond Sharknado or Stonehenge Apocalypse (sorry, Misha Collins) level plot or characters.  My tune changed this year, which is why I haven’t written this ragtag group of survivors off as shallow cliches quite yet.  I’ve already developed a fondness for Addy who, despite having inexplicably perfectly dyed hair three years into the zombie apocalypse, is the most relatable character for me personally.  The others show a lot of potential as well, but in just a short 13 episode run I’m not sure how deeply we’ll really get to know them.

The show is treading a fine balance between pure camp and serious drama.  It’s a dangerous line to straddle.  If you veer too far into the ridiculous, you become just another cheesy SyFy channel show that has caused most people to avoid taking anything produced by the network seriously.  If it gets too serious about itself, it’ll be seen as just another bandwagon hopping zombie show.  However, if the over the top camp can co-exist with continually developing characters and a well paced plot, this show could become a cult favorite.  Hell, there may even be drinking games to go along with it, which is almost always a sign of a cult success.  At this point, it could go either way.  I’ll definitely be sticking around for at least one more episode because I’ve got to see how a zombie spewing tornado actually plays out.  I’m hoping they continue to balance this precarious middle ground and don’t lose what makes this show surprisingly appealing. 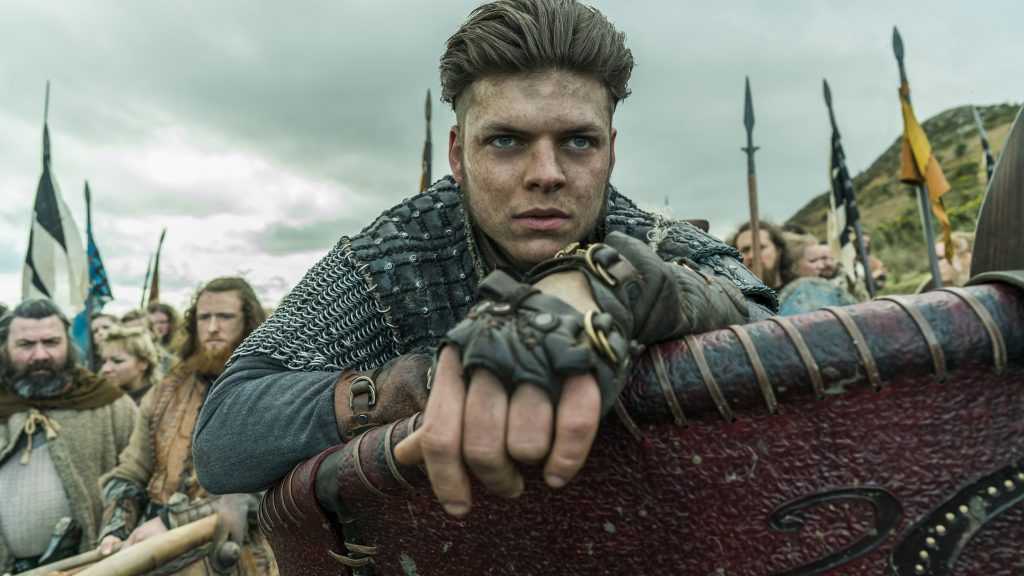 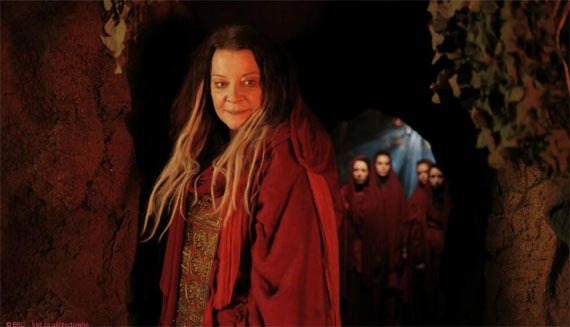