Doctor Who 9×3 Review: Under The Lake 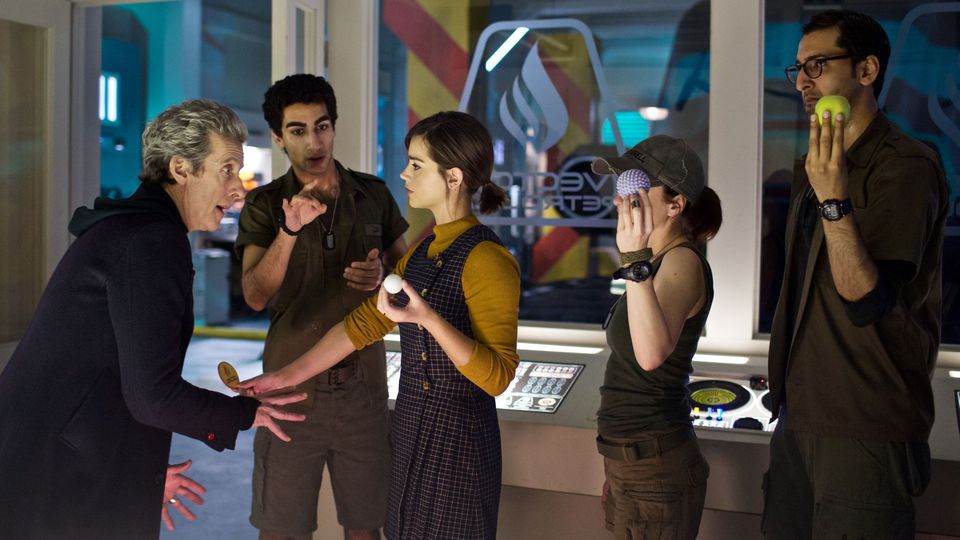 Although it follows the familiar “stuck in a doomed science base/spaceship” structure that has become a staple of the series since the 2005 revival, “Under The Lake” is still uniquely compelling. It was great to see the Doctor and Clara’s relationship back in the spotlight, but I couldn’t help but miss Missy a little. She just makes everything better. Despite the lack of Missy, this episode certainly had me on the edge of my seat, and even if it didn’t, it would have won me over by actually making a disabled character relevant to the plot.

This week on Doctor Who, the TARDIS pushes the Doctor and Clara into danger. This time they’re on an underwater science base that is being haunted by ghosts. Like actual, real life, terrifying ghosts. With black eyes. Damn, Doctor Who is really on form with the creepy monsters this series. Anyway, the base is being attacked. The smartest person on board, apart from the Doctor of course, is deaf, and she uses her lip reading abilities to figure out what the ‘ghosts’ want. It’s pretty cool. It all ends with a very dramatic, paradox-inducing cliffhanger, and that’s about all you need to know.

This is the second two-parter this series, and to be honest I’m kind of missing the single episode stories. Not that I didn’t enjoy “Under The Lake”, because I really did; it’s just there’s something really wonderful about those contained stories when they work really well, and they usually do a damn good job of them on Doctor Who. “Under The Lake” works as a compelling hour of television in its own right, but we will have to wait until next week to find out if it has a satisfying conclusion.

Anyway, there was a lot to love this week. As I already mentioned, there was deaf character, who was played by a deaf actress, AND she was actually integral to the plot. It was awesome. Sophie Stone, who plays Cass, is great – although I was a little annoyed it took them so long to work out that she could figure out what the ghosts were saying. But that’s just me getting angry at fictional characters for not doing exactly what I want them to.

It was nice to see the Doctor and Clara back together again. I especially loved the bit with the note cards. That’s definitely something the Doctor has needed for quite some time now. I did find the emotional moment between them in the TARDIS – where the Doctor tells Clara not to go native – a little forced. I liked that it was a little awkward and uncomfortable, but it just felt a little obvious. It was clearly seeding the circumstances of Clara’s departure as companion, but I don’t think it worked quite as well as it could have, especially considering I kind of wanted to slap the Doctor for suggesting that Clara should start dating again. 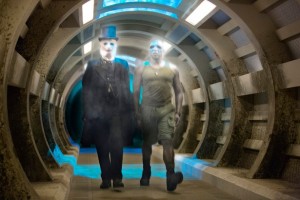 Beyond that, the actual story was cool. I liked the idea of the ghosts and the implications of the ghosts – because it’s always fun to toy with the idea of what would happen if we could come back from the dead. And the urgency of being stuck in a confined space that could become a deathtrap at any moment always enhances the excitement. But I can’t help but compare it to the episodes that follow a similar format, and I don’t think that “Under The Lake” is as good as “The Impossible Planet”, and I’m a little wary of the wibbly wobbly paradox conclusion set for next week.

That said, “Under The Lake” was another solid effort, and I’m still feeling genuinely impressed with Series 9 so far.