Doctor Who 9×5 Review: The Girl Who Died 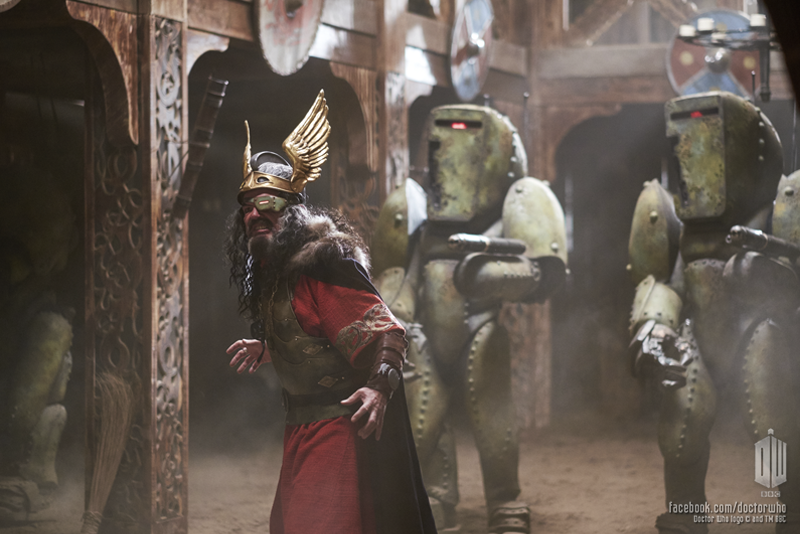 This was possibly the most anticipated episode this series. Everyone wanted to see what Maisie Williams (aka Arya Stark) would get up to with the Doctor, and if that weren’t enough, the title itself is enough to inspire excitement. A high-profile guest star in an episode called “The Girl Who Died”… Well, it’s not hard to deduce that Maisie’s character is going to die, but at the same time we know she’s going to come back because this is yet another two-parter. Sure, she’s not the first character to come back from the dead on Doctor Who, but in a series that has been all about cheating death, it’s pretty clear that this resurrection was destined to be something special.

Basically the Doctor saves Clara from some kind of space-spider then stops on Earth to wipe his shoe and ends up getting captured by vikings. He tries – and almost succeeds in – convincing the vikings that he is Odin until another Odin appears in the sky and abducts the village’s greatest warriors. Obviously he’s not Odin – turns out he’s one of the Mire, a race of aliens that have a reputation as the fiercest warriors in the galaxy (although in reality they appear to be drug addicts hooked on adrenaline and testosterone). 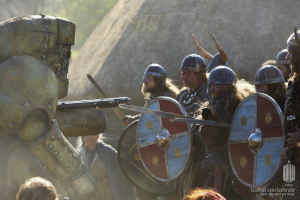 Anyway, Clara gets herself abducted along with Ashildr (Maisie Williams) and they accidentally on purpose start a fight with the Mire. The Doctor tells the village to run and hide, but they’re vikings so they’re not going to do that. Clara, with some help from a rather poetic crying baby, convinces the Doctor to help the villagers fight. It’s touch and go for a while, but the Doctor eventually finds a solution, again with the help of the poetic crying baby, and they are able to get the Mire to leave by threatening to ruin their reputation. All is well, except it’s not because there’s one casualty, and it just happens to be Ashildr. The Doctor’s a little emotional, so he uses some random technology that doesn’t really make any sense to bring Ashildr back to life with the unfortunate side effect of making her immortal. A decision that will no doubt come back to bite him the ass later on.

Much of the this episode’s impact will depend on what happens next week, because while this episode itself was your basic monster-of-the-week, self-contained story, it was also just an hour-long set up for whatever comes next. As a monster-of-the-week story it was pretty entertaining. There were moments that were laugh-out-loud funny, and although Maisie’s character Ashildr was a little one-dimensional, she’s always a delight to see on screen. The underlying emotional journey, especially when the Doctor finally decides to stay and help the villagers fight even though he genuinely has no idea how to win, is compelling. It was very Doctor Who, and I thoroughly enjoyed the experience. But this episode was not a stand alone and as such can’t really be discussed without looking at the bigger picture.

At this point, death doesn’t mean much for major characters on Doctor Who. Sure, you get your usual weekly victims, but A LOT of people have died and come back to life since Steven Moffat took the helm. Let’s face it, Steven Moffat LOVES to bring people back from the dead even if he doesn’t succeed – like with Danny last series. But that’s actually why I’m so intrigued by this storyline, because it might force the Doctor to acknowledge that he can’t keep bringing people back without any consequences. There has been much talk about death this series; it seems to be heading somewhere specific, and considering Jenna Coleman is leaving at the end of this series, well… 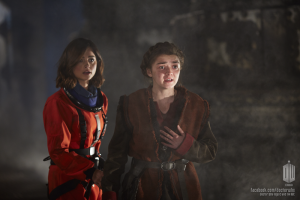 Anyway, I really enjoyed this episode overall, but I was a little disappointed by Maisie’s character Ashildr. I liked what she represented, and I am super excited to see where they take her next week, but as a one-off character she was rather bland. She kept saying she was special and people told us she was special or that she was bad luck or whatever, but this episode didn’t really SHOW us she was special. Her storytelling abilities were introduced a little late, and while it was nice to see someone defeat the literal manifestation of toxic masculinity with the power of imagination, they didn’t really spend enough time developing her as a person.

The main problem was that they flashed back to “The Fires of Pompeii” and that tiny clip of Donna had more raw emotion than we’ve seen on this show for at least five years. To be fair, the Doctor’s breakdown after Ashildr’s death was beautifully done, and Peter Capaldi’s performance was brilliant, but it’s just missing that urgency. There’s too much of the fantastical and not enough real human emotion. Also, I just really miss Donna Noble. She was amazing.

Honestly, though, this episode was really good. My quibbles are minor and mainly related to the series overall since Moffat took over.