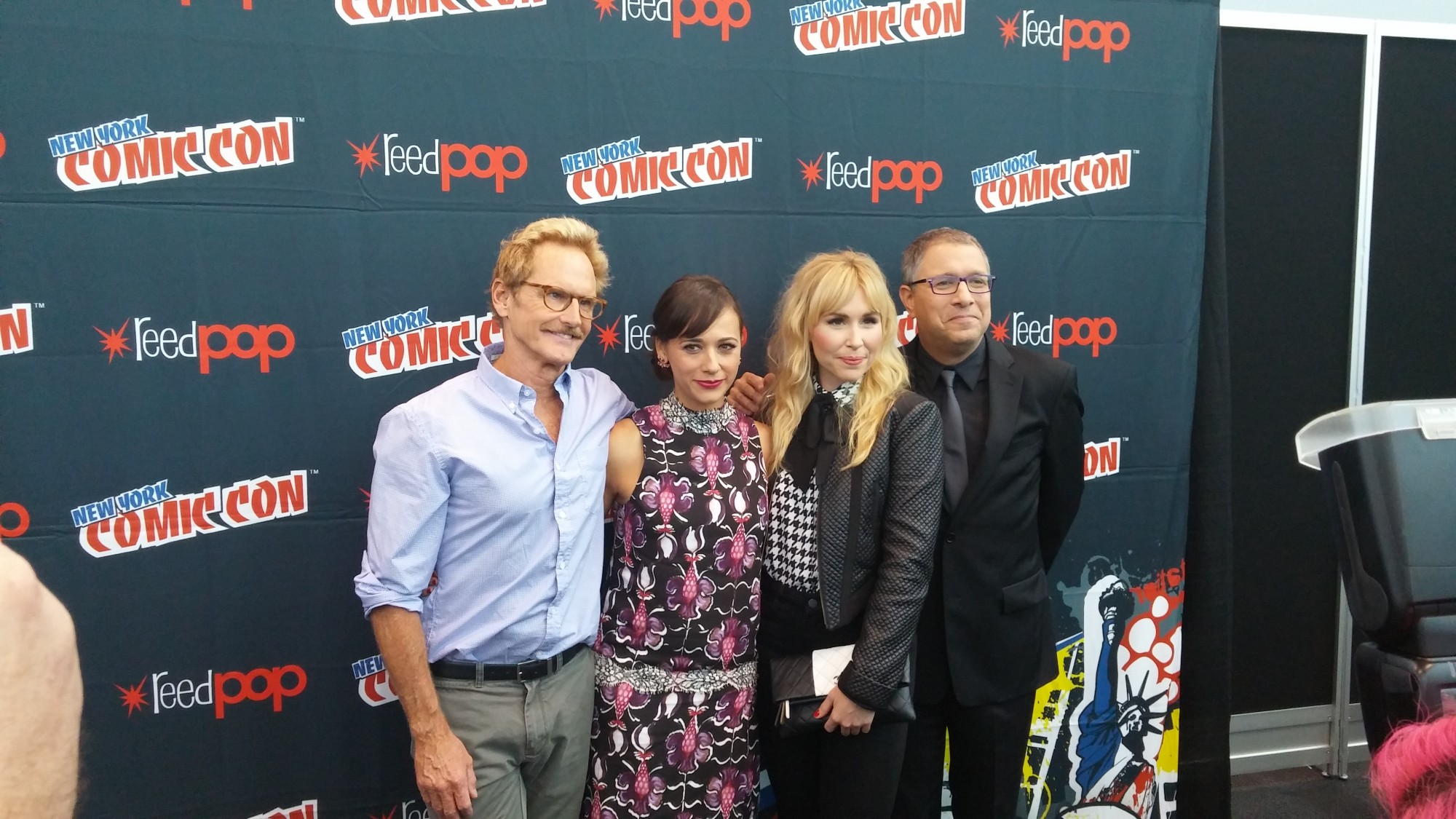 I am a huge fan of deadpan humor, because I feel you can’t go wrong with a “serious” movie that doesn’t take itself seriously at all. So I was incredibly excited when I heard about Angie Tribeca, a new comedy from Steve and Nancy Carrell that is coming to TBS. Starring Rashida Jones (who was ever so pleased that Steve not only offered her the job but also remembered her in the first place) as Angie, Angie Tribeca is like nothing else on television right now. At a time when we are inundated with dramas, Angie Tribeca is a satire; more Police Squad than NYPD Blue. Peppered with some awesome 80s humor (Angie’s partner is named Jay Geils, come on now), Angie Tribeca is silly and ridiculous, and I absolutely cannot wait.

I got the chance to talk to the cast at this year’s New York Comic Con. Rashida, Jere Burns, and Andree Vermuelen, as well as executive producer Ira Ungerleider were all on hand to dish about the inane humor that we can expect to see on the show.

Angie Tribeca will be coming to TBS in January 2016, and you will not want to miss it – or its awesome guest stars (Bill Murray, anyone?)!