“Dora And The Lost City Of Gold” Trailer Makes Me Want To Watch This Film! 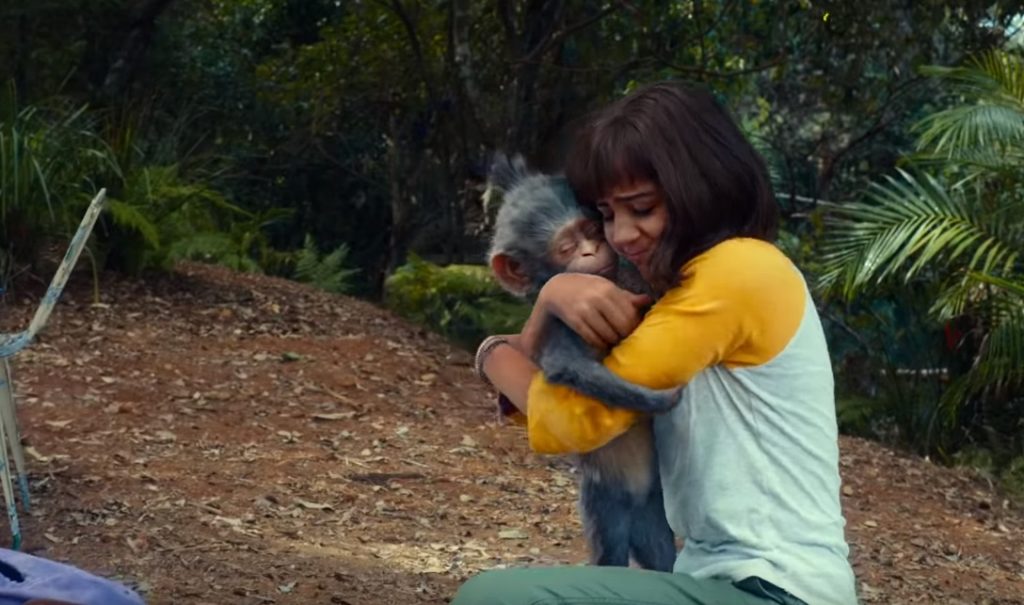 Boots and Dora in ‘Dora and the Lost City of Gold’ (Image: Screengrab)

I was a bit hesitant when plans for a live-action adaptation of Dora the Explorer were announced. However, after watching the trailer for Dora and the Lost City of Gold, I find myself wanting to watch it for some reason!

Nickelodeon’s Dora made her debut back in 2000 and has become sort of a pop culture icon since then. Everyone knows who Dora is. It is also very easy to find hilarious content featuring a more grownup Dora as well as memes making fun of the way she used to directly question the audience.

Now, we will be able to see Dora in her solo live-action film. Dora and the Lost City of Gold is set to be released in US theatres on August 2, 2019. The movie has aged up the titular character. She makes new friends and has to adapt to a different setting.

Having spent most of her life exploring the jungle with her parents, nothing could prepare Dora (Isabela Moner) for her most dangerous adventure ever – High School. Always the explorer, Dora quickly finds herself leading Boots (her best friend, a monkey voiced by Danny Trejo), Diego (Jeffrey Wahlberg), a mysterious jungle inhabitant (Eugenio Derbez), and a ragtag group of teens on a live-action adventure to save her parents (Eva Longoria, Michael Peña) and solve the impossible mystery behind a lost city of gold.

Y’all I’m very excited about this film for some reason. The cast looks very likable. Even though Boots isn’t wearing boots, maybe he will as the movie progresses?

Also, fingers crossed, Dora addresses the audience with a question and breaks the fourth wall, even if it is during a short end-credits sequence. I need it to happen!

Are you excited about Dora and the Lost City of Gold? Will you be watching it. Let us know!

TOPICS dora and the lost city of golddora the explorernickelodeon