Johnny Depp delivers the performance of a lifetime as Edward, an irresistibly charming creation with razor-sharp metal hands and a heart of gold. Edward’s lonely life in a Gothic castle changes forever when he meets a kindhearted Avon Lady (Dianne Wiest), who takes him to a pastel paradise known as Suburbia. Thanks to his fantastic talents, Edward becomes a neighborhood sensation, but when he falls in love with Kim (Winona Ryder), he must go to extraordinary lengths to protect her.

The beautifully restored EDWARD SCISSORHANDS: 25th ANNIVERSARY Blu-ray™ showcases Burton’s magical use of color, light and shadow, with clear, rich detail in even the darkest scenes. Considered Burton’s most personal and favorite work, EDWARD SCISSORHANDS is one of Twentieth Century Fox Home Entertainment’s most successful films. Nominated for an Academy Award® for “Best Makeup”, the romantic dark fantasy film is recognized as a quintessential icon for Goth subculture. 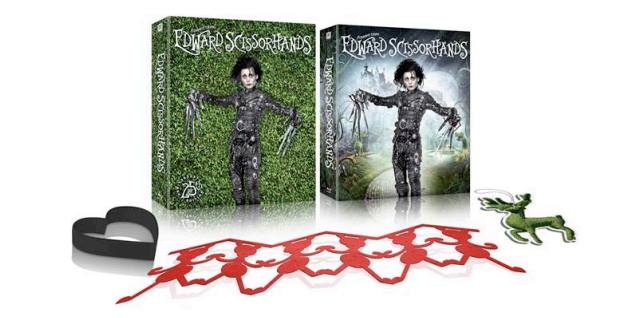 The studio celebrated the release with an Edward Scissorhands cosplayer at NYCC. 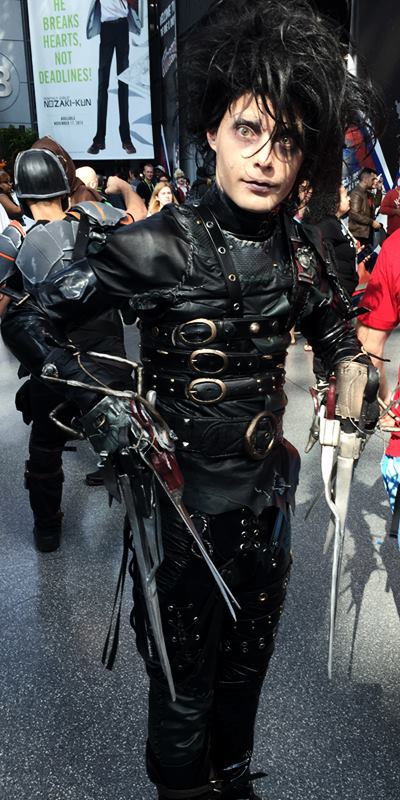 “Sometimes you can still catch me dancing in it.”