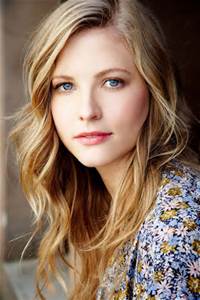 Elizabeth Blackmore of The Vampire Diaries is joining Supernatural for the remainder of season 11 and into season 12 in a “mysterious” role.

Multiple sources have reported that Elizabeth Blackmore will appear in a “major role” in upcoming episodes of Supernatural. It is no secret that the CW likes to retain talent, so it is no surprise that there was a casting announcement for an actress moving from one show to another. What is surprising, however, is the kind of role that Blackmore will be playing on the long-running series.

Even more interesting is that the character, Lady Toni Bevell, will make her debut yet this spring on the show, and will return in season 12 as a recurring character. According to reports, Bevell will have “a lot in common” with Sam and Dean, although additional details are unknown. Speculation in the fan community seems to be that she is a hunter from overseas. At this point, however, this is no confirmation of what her role may be, other than her name.

Fans of The Vampire Diaries know Blackmore as Valerie, and her character is alive and well on the series, so it is unclear if she will continue to play a role on both series, or if perhaps her time is up on the former series. Since the news came down today, details are still sketchy, but there is plenty of time to speculate!

Most of season 11 of Supernatural has focused on the Winchester brothers fighting villain Amara; could Lady Toni play a part in defeating her? I do like that it seems that Supernatural is trying to focus more on bringing in great female characters that might stick around for a while, so I am hopeful for this addition to the cast. While we know very little about Lady Toni, I am sure that Elizabeth Blackmore is a welcome addition to the case – after all, we love the women of Supernatural.