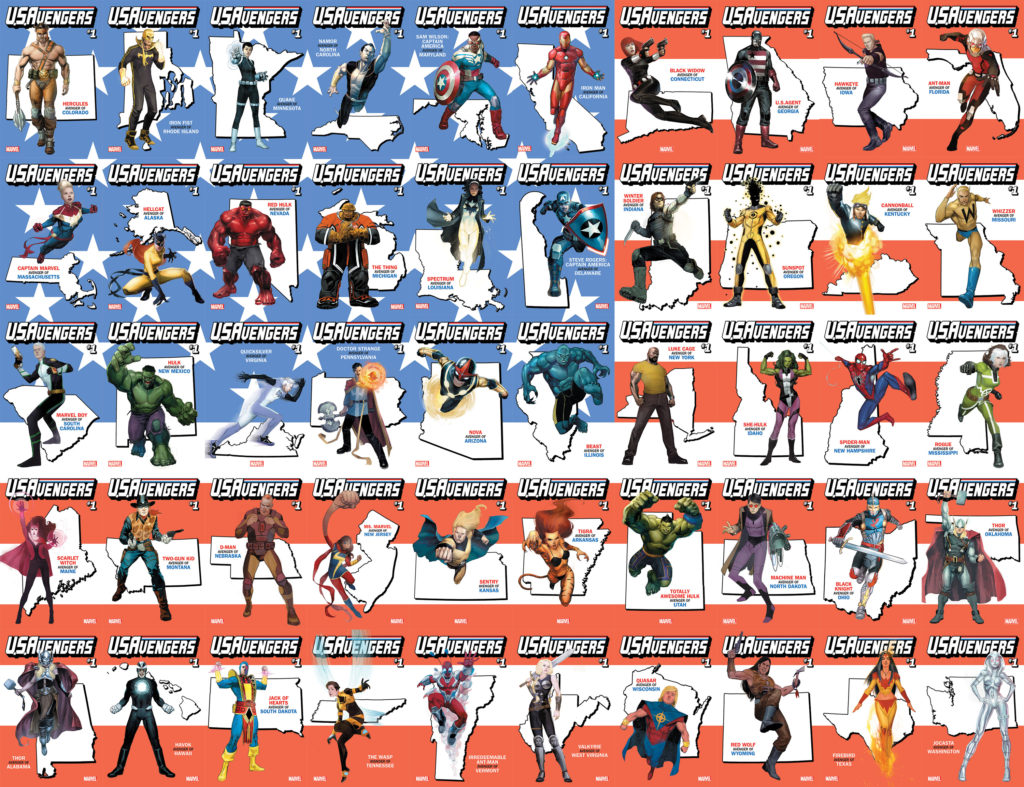 With the launch of Marvel’s U.S. Avengers this January, every state is getting their own variant cover with an Avenger whose backstory ties them to that state.

Remember back in elementary school when you learned about your state’s flower and motto and bird and IKEA model (or whatever else was in there)? Well, now we have state symbols that are maybe a little more exciting. That’s right. You get an Avenger and you get an Avenger and… You know what, Canada, you even get your own U.S. Avenger.

For those who aren’t familiar with U.S. Avengers, relax. None of us are familiar with them. The U.S. Avengers are the new super spy team that’s taking over from S.H.I.E.L.D now that our darling acronymical agency is full of bad guys. The new line is part of the big “Marvel NOW! 2.0” reshuffle that’s been going on in the wake of Civil War II. These books are – supposedly – changing to become more relevant to today’s readers, so I’m labeling myself cautiously optimistic.

All right, on to the good stuff. Every state – and a few extra friends – gets an Avenger to call their very own. (Apparently, retailers who order at least one of every state are getting an extra “secret” variant cover to sell as well, so look out for that.) Tom Brevoort from Marvel said this about how states were assigned:

“We did extensive research through Marvel’s history to be able to align a particular Avenger with each individual State. Beginning with places of birth, and expanding outward to key stories featuring the character in that particular location, we were able to hone in on a specific and unique Avengers character with a connection to each of the fifty States—and more!”

However careful they were, there are bound to be a few contentious areas.  For example, who gets New York? It’s Captain America, right? Nope. 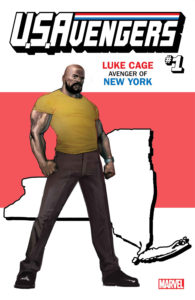 Honestly, I feel like Luke Cage is a better choice. Good on you, Marvel.

All right, so where does Captain America end up? Washington, D.C., maybe? That’s a negative as well. D.C. gets Vision. I’m… Okay, this one confuses me. Is this supposed to be optimistic? Maybe they’re hoping to inspire some of our politicians with Vision’s reflective qualities? I got nothing, friends. Steve Rogers is in Delaware. First State, First Avenger, I guess that makes some kind of sense. Sam Wilson as Captain America is in Maryland, a sensible commute from D.C. for a sensible character.

A few states ended up with “duplicate” heroes, which we have to expect when there are so many to cover. For example, two states get Thor depending on who’s wielding Mjolnir at the time. 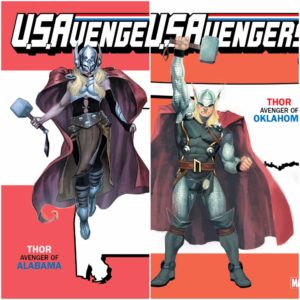 North Carolina has Namor. What? He’s been part of some awesome stories, but isn’t he a villain like ten percent of the ti- wait, okay, I figured it out. We’re good here. (Don’t send me hate, NC; you guys know what I’m talking about. I have friends who can’t even pee safely here.)

Canada and Puerto Rico get their own Avengers. I am not even a little surprised to see Canada get Deadpool. It’s cool to see a lady, especially Ava Ayala who is a really interesting character. When I originally heard about this, I worried they’d use her brother Hector as White Tiger because let’s face it, this lineup has a lot of dudes. 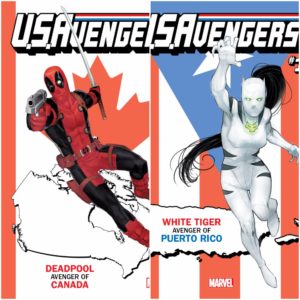 So how does the new lineup do as far as representation? Looks like 14 ladies and somewhere around 11 POC, depending on who is under some masks and where you want to draw the line on aliens. Not a lot in the way of LQBTQ+ characters (I mean, I see Deadpool and… Deadpool. Anyone see another?*). Not the best, Marvel.

It’s worth mentioning that I do think Marvel made a conscious effort to include more diverse characters in this campaign. Spectrum, Wasp, Firebird… it shows me they did try. Without dipping into the X-Men, they’d have to use much more obscure characters to reach a good level of representation and that could be read as playing favorites with some states. They already got a little weird (Two-Gun Kid and D-Man, huh?).

Of course, they could easily have avoided this problem by having more POC and ladies on the A list to begin with. I’m also giving a pretty heavy side-eye to Red Wolf, who had better be treated with respect. Some of his comic appearances have been pretty cringe-worthy. We’ll see in January how this plays out.

How do you feel about your state’s Avenger? Let us know in the comment section below!

*Update: It’s been pointed out in the comments that “Captain America: Sam Wilson” Issue #15 revealed that D-Man (AKA Demolition Man) has a male partner. The issue came out on November 16, 2016, so it’s probably still in your local comic shop if you want to see for yourselves. 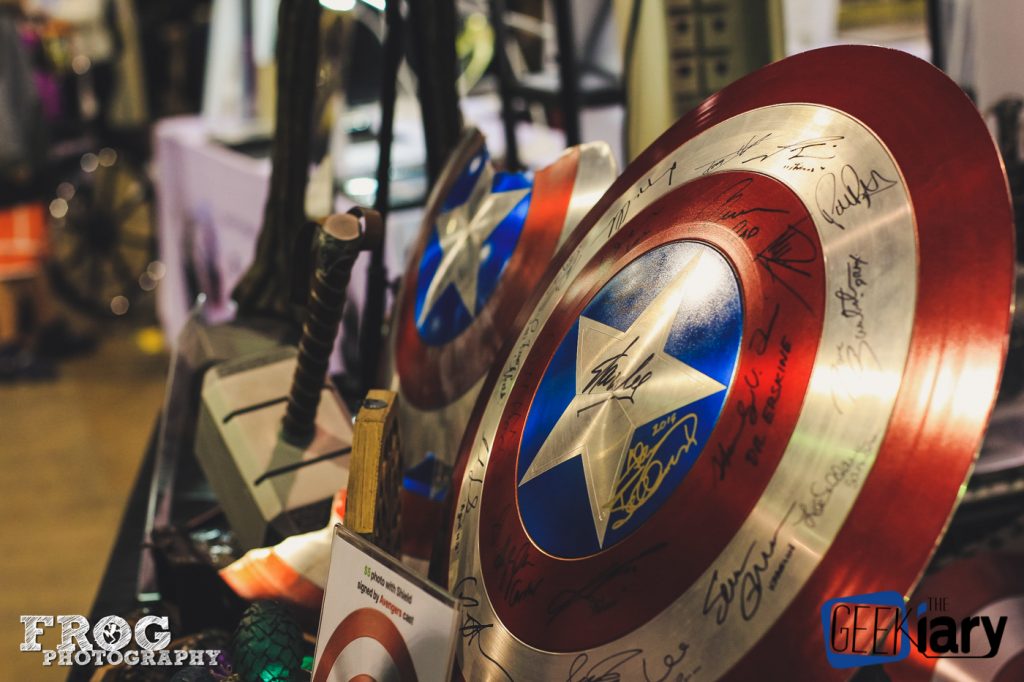