Diamond Select Toys has been ever-expanding its line of Minimates with a diverse array of characters. Now they’ve announced characters from the Marvel/Netflix series Luke Cage, including Misty Knight. Sweet Christmas! Read on for a preview.

Luke Cage centers around a black man who gains super-strength and the ability to be bullet-proof and becomes a superhero based in Harlem. The series also notably features a number of great female characters of color. As TV, comics, and movies are showing more diverse heroes and superheroes, the toy industry has been changing as well over the past few years in response to fan demand. This increased representation is important, both to inspire and open minds—superhero characters who reflect the world we live in, with merchandising to match. 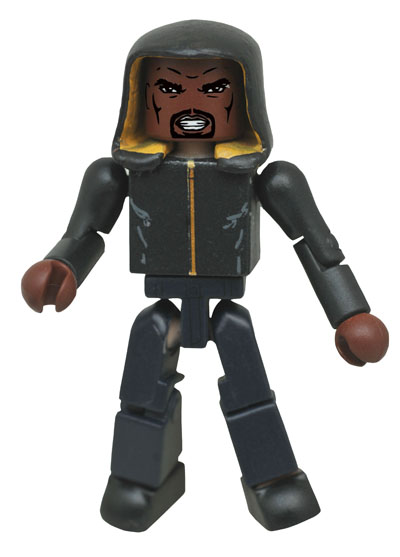 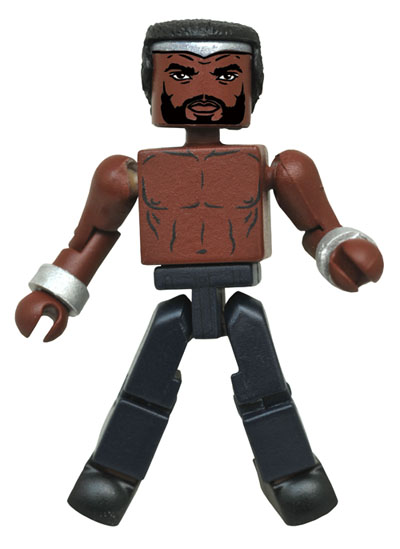 In Marvel comics history and in the Netflix series, Misty Knight is an NYPD detective. In the comics, she loses her arm in a bombing attack, and gains a robotic arm provided by Stark Industries. Misty opens her own detective agency with Colleen Wing (who will play a major role in the upcoming Netflix series Iron Fist). It’s not clear yet which direction the Netflix Luke Cage will take Misty Knight, but in season one, she’s portrayed as a intelligent, emotionally complex, kickass detective. 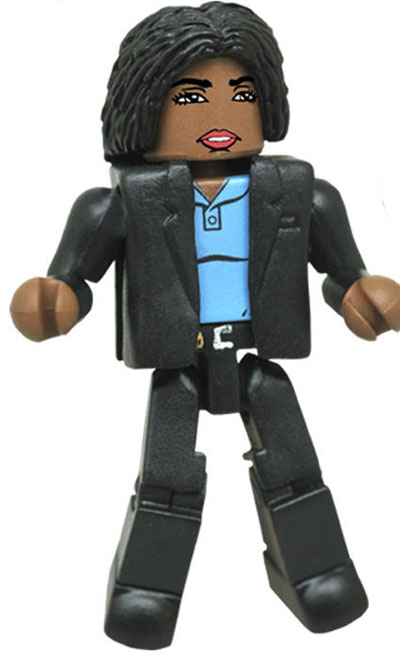 A Diamond Select Toys Release! Say his name! The newest Marvel TV star is Luke Cage, a.k.a. Power Man, and the Marvel Minimates line is celebrating the release of his first season with a box set of Minimates based on the Netflix series! Luke Cage, Misty Knight, Cottonmouth and Mariah Dillard each measure approximately 2 inches tall and feature up to 14 points of articulation. Each figure features interchangeable parts and accessories, and Luke Cage can transform from his hooded streetwear to his post-experiment Power Man look! Figures come packaged in a full-color window box. (Item # to come, SRP: $24.99)

The set offers Luke both before and after the experiment that gave him his powers while he was falsely imprisoned, Misty Knight, Cottonmouth, and Mariah Dillard, a powerful and complicated female character (wonderfully portrayed by Alfre Woodard).
The Luke Cage Minimates will be available in Spring 2017.

Previous:Resident Evil Funko Pop! First Wave Coming in January 2017
Next: Every State Gets An Avenger With “U.S. Avengers” #1 Variant Covers