Skybound Announces New Comic “Excellence” – Available in Stores This May 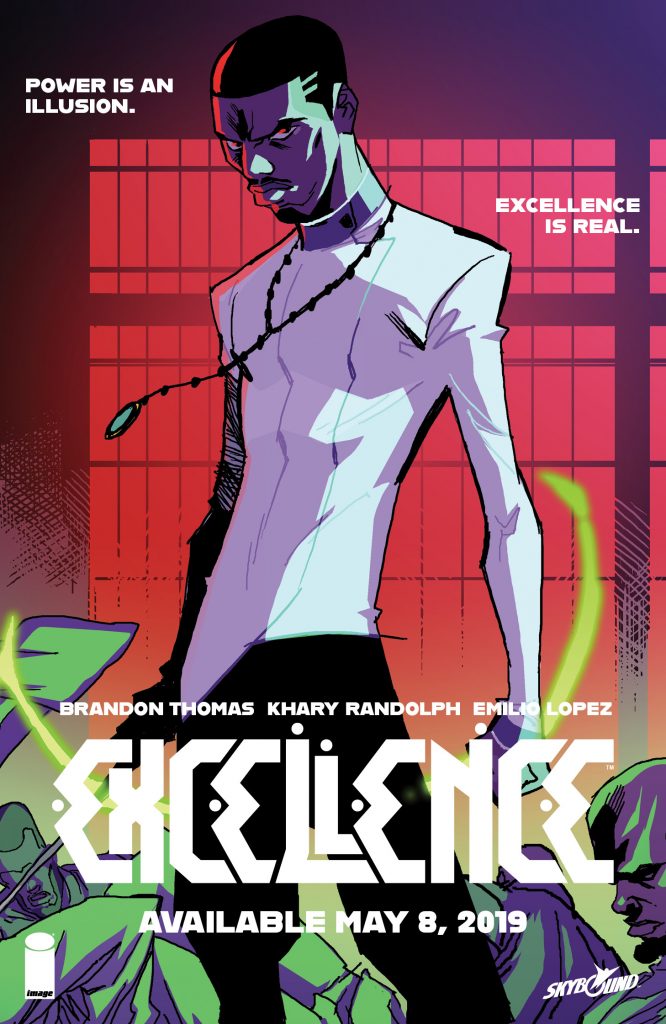 Skybound Entertainment and Image Comics have announced the latest comic book Excellence. The upcoming series is set in a world of magic and a secret society of black magicians. It will be available in stores on May 8, 2019. The great thing about this project is that the team behind Excellence consists of all creators of color.

Excellence is about Spencer Dales as he follows his fathers’ footsteps into the secret society called the Aegis, a group of magicians who better the lives of others. As Spencer enters the Aegis, he discovers a broken system no one wants to fix.

Brandon Thomas serves as the writer and creator of Excellence. Khary Randolph is the artist and co-creator. The colorist is Emilio Lopez with Deron Bennett serving as Letterer.

Spencer Dales was born into a world of magic. His father belongs to the Aegis, a secret society of black magicians ordered by their unseen masters to better the lives of others—of higher potential—but never themselves.

Now it’s time for Spencer to follow in his father’s footsteps, but all he sees is a broken system in need of someone with the wand and the will to change it. But in this fight for a better future…who will stand beside him?

Khary Randolph and Brandon Thomas ignite a generational war in this action- fantasy series made entirely by creators of color, and committed to one truth above all others—Excellence is Real.

The final retail cutoff order date for Excellence is April 15, 2019. So, make sure to pre-order your copies from your local comic book stores. It will be available in stores come May 8, 2019.

I’m all for having more diversity in the comic book world. I hope Excellence is able to offer quality content to readers.